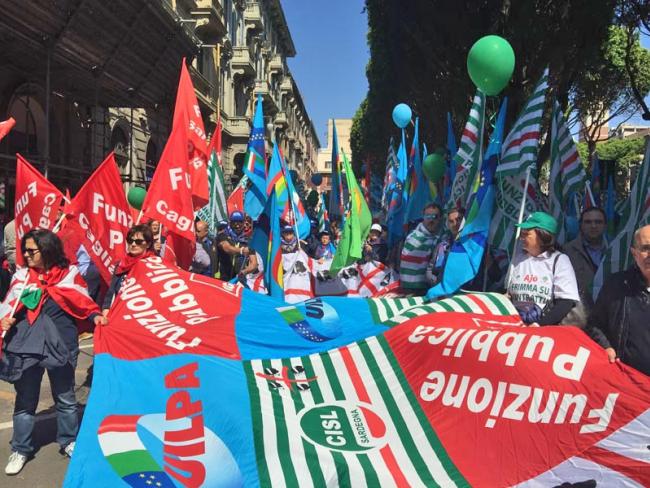 Italy is no stranger to political turmoil, but the recent crisis over the makeup of its new government shows two things: that the EU is desperate to assert itself as the political and economic master in Italy; and that it is afraid of the anger of the Italian people.

There had been no government in Italy following the March elections, when voters rejected the establishment parties in favour, broadly speaking, of Five Star (anti “austerity”) in the south and the League (against the free movement of labour) in the north. The two parties appeared far apart politically – hence the difficulty in forming a government.

In May the two managed to negotiate an agreement to form a “popularist” government, choosing a little known academic Giuseppe Conte as prime minister. Trouble came when their agreed list of ministers was presented for approval to the President Sergio Mattarella, when he rejected one choice – that of Paolo Savona as finance minister.

Why? Savona was well qualified as a respected economist and former Bank of Italy official. But he is avowedly anti-euro, having described the single currency as “a German cage”.

Having vetoed the government, the President invited a “technocrat” (for technocrat read EU-designated), ex-IMF official Carlo Cottarelli, to stand in as prime minister.

Cottarelli is known in Italy as “Mr Scissors” for his enthusiasm for public spending cuts. What price democracy when your country is one of the largest economies in the eurozone?

If the EU establishment thought that would sort the problem they were wrong. The two parties refused to back down – amid public fury and calls to impeach Mattarella – and said there would have to be fresh elections, while opinion polls showed a big rise in popularity of the League and Savona. The people did not like being overruled.

The EU-approved prime minister only lasted a few days. The two parties stuck to their ministerial choices, but moved Savona (ironically) to Europe minister and reinstated Conte as prime minister, the President agreed and the government is now in place.

The fear among the EU elite of “popularism” is understandable – it signifies a rise in rejection of its rules and authority.