Free speech has to be defended 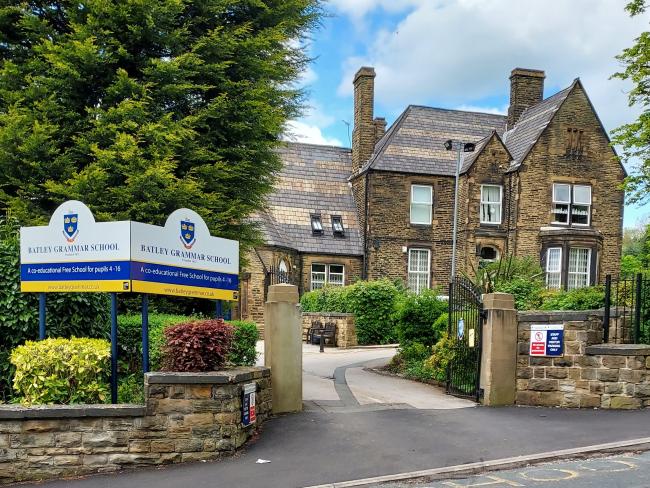 Batley Multi Academy Trust (BMAT) has published a summary of its investigation into events at Batley Grammar School in late March. A religious education lesson dealing with “blasphemy” triggered angry demonstrations, causing the early closure of the school before the Easter holidays.

The head teacher immediately apologised for the “offence” caused, and suspended the teacher involved.

This craven submission was not enough for a bunch of bigoted fundamentalist Muslim protesters – many of them with no connection to the school, who demanded the teacher be sacked.

One so-called community leader described the teacher as a terrorist. Others said he had insulted the whole Muslim community. But tellingly, other local mosques refused to have any part in the demonstrations outside the school.

The report acknowledges that the teacher “genuinely believed that the image [of Muhammad] had an educational purpose and benefit”. With suitable hand-wringing about never using such images again, the report concludes that “the suspensions put in place will now be lifted”.

It appears other teachers were found to have used similar images in different RE lessons. Mercifully only one was publicly named, by a so-called charity named “Purpose of Life”. In publicly naming him, they contributed to a toxic atmosphere in which the teacher was forced to seek police protection and flee with his family.

Disgracefully, that organisation has received thousands of pounds from the local National Education Union (NEU) branch, which still supports it. Even more disgracefully, the union has been silent, publicly, about the unjustified suspension of one of its members.

And when a trade unionist in Bury, representing refuse collectors, put a motion to his trades council calling for support for the teacher, an NEU official tried to get him to withdraw it on the grounds that it was “unhelpful” to draw attention to the case. The motion was carried.

Some commentators seek to put a brave face on this episode. They say that the suspended teachers can return to work and everything can get back to business as usual. Far from it. The named individual may never return to this school, or indeed this town. And those others suspended will surely have been identified by their absence.

Schooling disrupted, working lives turned upside down, all in the name of not causing “offence”.

It seems that many institutions in this country, from the government, councils, and some unions, to the media, are in thrall to fundamentalist Muslim threats. Free speech is in danger of becoming a secondary consideration.

BMAT could not have expressed this attitude any more clearly in its report. “The Trust will not avoid challenging subject matter, but at the same time is committed to ensuring that no offence is caused.”

The evidence points the other way. For example,  the British crime survey showed that nearly two-thirds of British Bangladeshis are worried about the threat of Islamic extremism.

Cries of “islamophobia” are manipulating the idea of extremism to push a fundamentalist agenda in schools, at the expense of children’s education. And more widely they are attacking free speech – the right of people to exchange and challenge ideas.

Fundamentalists and those who bow to them will try to use this situation to divide the working class and attack others (Muslim or not) who go against their reactionary ways. They arrogantly claim to speak on behalf of all Muslims and tell them that they are not part of the British working class, promoting the myth that the “west” is at war with Islam. In fact they are helping the exploiting class to further maintain their rule over all British people.

For the teacher and his family to be afraid of murder because of death threats and intimidation, due to expressing the freedom to teach about blasphemy is not only wrong, it is fascistic.

As a society, by the efforts of working people over centuries, we moved away from stoning blasphemers, burning witches, locking up unmarried mothers. We abolished the blasphemy laws. We are a secular society, not a theocratic one.

Free speech is fundamental to our secularity, our freedom of thought. We cannot stand by when it is reduced to pious words. We have a broadly secular education system and syllabus, free from outside influence and intervention. We have to defend it when it comes under attack.