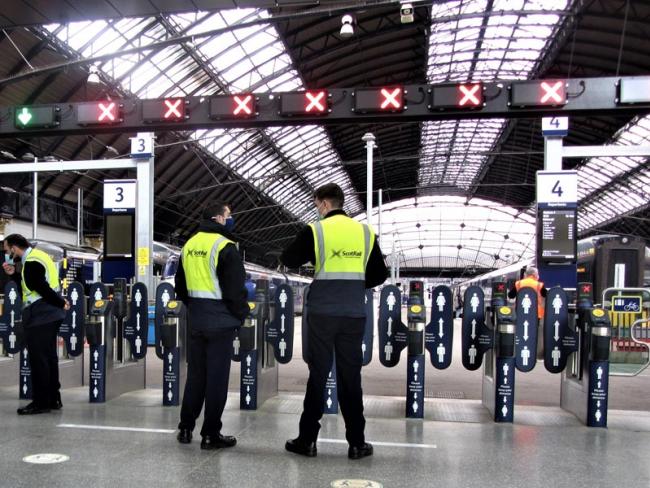 Four separate days of strike action have been solidly supported by RMT members who work as conductors and ticket examiners for ScotRail, which is operated by the Dutch state-owned company Abellio. As Workers went to press, the latest of the weekly strikes had affected the rail network throughout Scotland. Further days of action are planned over the coming weekends.

The workers are fighting for equality with other grades and enhanced payment for rest day working. Abellio, meanwhile, is due to lose the ScotRail franchise in 2022, two years early. ScotRail will then be run by the Scottish government.

Abellio was described as “greedy and aggressive” by Mick Cash, general secretary of the RMT union. In a statement released on 11 April, the third day of strikes, he said it was clear from its failure to communicate with the union that Abellio was happy to keep the dispute running, cancel services and bleed the franchise dry, rather than engage in serious talks with the union over workplace justice.

Cash widened the scope of his ire with a particular focus on the Scottish administration in Edinburgh: “The political leadership in Scotland can no longer sit on the fence and ignore these disputes in their backyard.”

An earlier RMT statement accused the company of shunning the union “as they seek to milk every last penny out of their ScotRail contract”. The union is angry that the dispute had been imposed upon its members – “front-line workers who have kept trains running at huge personal risk” while bosses at ScotRail have been able to “retreat to a place of safety”.