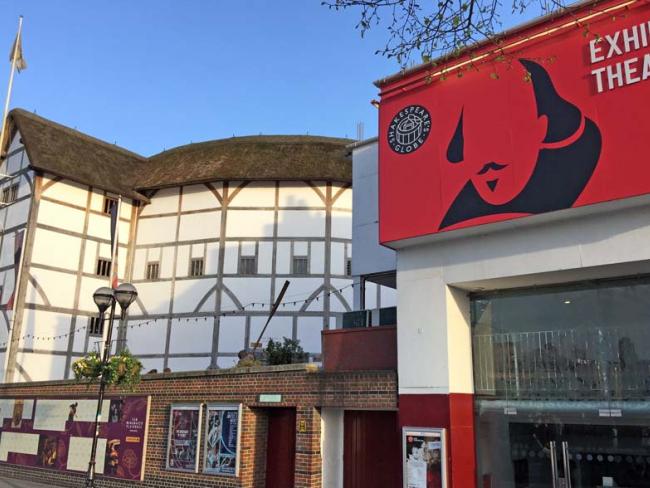 Guides at the Globe Theatre are preparing for their second day of strike action over pay at the iconic London venue. The 38 tour guides have been in dispute since 2014, fighting for pay parity with similar prestigious organisations such as the BBC and the Royal Opera House.

Burdened with unpaid extra duties the guides have been told to put up and shut up. Instead they have fought back. On 18 May they went on strike and plan to do so again on 1 June, simultaneously informing and entertaining passers by with their singing and Elizabethan dress.

In April the two sides went to ACAS, the arbitration and conciliation service. But strenuous efforts by their union, BECTU, to seek a solution were rejected by management.

These guides have “a clear and unambiguous” mandate, their officer Pat Styles said, with 96.9 per cent having voted for a strike and 100 per cent for action short of a strike.

‘Audio guides to replace strikers – a 21st-century form of scabbing – drew complaints from the public.’

Management has brought in specially commissioned audio guides to replace them – a 21st-century form of scabbing that drew complaints from the public, especially as the audio system was unable to replace foreign language speaking guides.

A union representative described how previous successful disputes – at cinemas like the Ritzy, and at the BBC, the BFI and the Royal Opera House – had inspired the Globe tour guides to form their own workplace branch. “I never thought that in my early sixties I would become a union rep for the first time,” she said.

Since its foundation by Sam Wanamaker in 1995, the Globe has gone from strength to strength in artistic terms. Though it started on a shoestring with guides and exhibition staff supplemented by an army of volunteer helpers and fundraisers, it is now big business and employs the guides to conduct tours of the building which boost its profits. But its outward successful image conceals a weak Human Resources department and the reality of the pay packet.

The guides are fully aware that their professional work has created a healthy surplus for The Globe – £800,000 in 2014. But this has been achieved at considerable cost to themselves.

They have trained intensively and researched the Elizabethan and Jacobean world in depth in order to interpret it with verve and humour to an average of 50 visitors at a time. Most galleries and confined heritage sites restrict numbers in a group to 25-30.

And they do this in a working theatre that is a challenging mental and physical task against a background often of hammering and shouting, overhead aircraft (the theatre has no roof, just as in Shakespeare’s day), the babble of visiting schoolchildren, and rehearsals in progress.

In addition the tour guides have been made to cover lunch breaks for visitor services and provide back-up supoport for Globe Education services – all without any increase in pay.

1951: the Festival of Britain
The arts in a time of coronavirus
An artist of note: Turner and the new £20
Creatives organise to survive
Creative workers in fight to save their industries