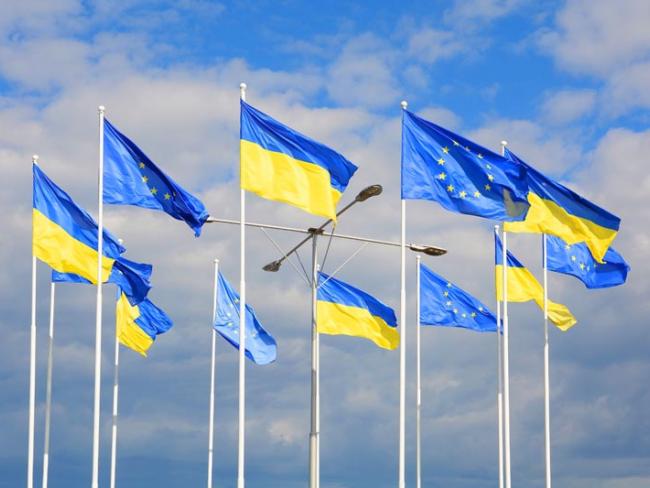 Shortly after the 2016 referendum, Workers predicted that the EU would regroup and reactivate its attack on that part of Ukraine still resisting its takeover. On the 6 July this year the British government jointly hosted with Ukraine a major international conference in London to review the progress of the Ukraine–EU Association Agreement.

The agreement has an implementation period set to run to 2020/21. It was signed after the EU/US-led coup in Ukraine in 2014.

Since 2014 those workers who live in the Ukrainian areas of Donetsk and Lugansk have heroically resisted the political and military attacks regularly conducted by the Ukrainian puppet administration on behalf of the EU. The workers’ resistance is straightforward – they simply refuse to be ruled by a foreign power.

Much of the London Conference was spent discussing the Ukrainian Government Action Plan, an EU-drafted micromanagement paper running to some five hundred pages.

The following extracts illustrate the document’s direction of travel: “The Medium Term Plan will help to align…Ukraine’s commitments under the Association Agreement with regard to the operation of a deeper and more comprehensive free trade area between Ukraine and the EU.”

The ultimate goal “will be the elimination of nontariff barriers to trade, full access to the EU market in the defined areas…harmonised European standards, compliance with which provides a presumption of conformity of products, related manufacturing processes or methods or other items to technical regulations in the sectors covered by the Agreement.”

The document goes on to say, “The goal through Customs reform is directed at improving the quality and efficiency of Customs by improving its institutional capacity and reducing Customs clearance time for exports and imports. In the medium term, the Customs reform introduces best international standards of Customs control and clearance for goods and vehicles; to improve the quality and efficiency of Customs operations.”

The London Conference was hosted by Boris Johnson. But if our government thinks that the British working class will align our EU withdrawal approach to a Ukrainian warmongering administration that the EU leads by the nose, then the government had better think hard about its future.

British workers, like the workers of the Donbass, have no interest in being part of an EU prefecture.