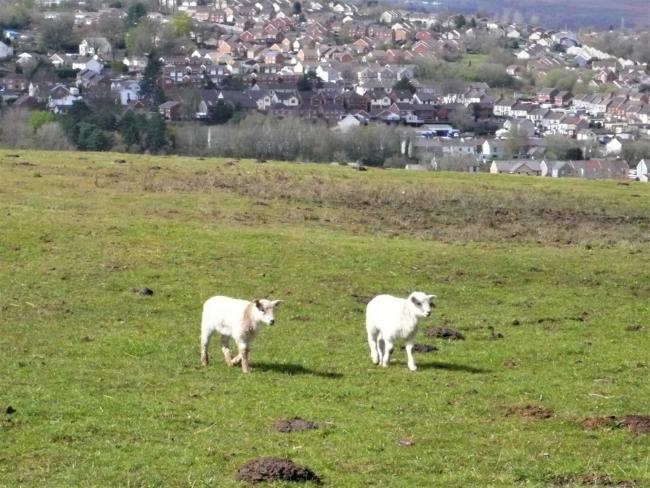 Welsh farmers, along with others across Britain, are finding to their cost that “green” environmental initiatives are not always what they seem – and often have unintended consequences.

Big corporations are keen to buy up farmland for tree planting. Estate agents working for them cold call farmers, pushing them to sell up. Or else they outbid farmers on land up for sale.

This is all in the name of offsetting carbon emissions. It’s either directly for the company’s own emissions, or to make a tidy profit by selling off or renting out parcels of newly planted forest to other large companies.

Rather than reduce their own emissions, these capitalists can simply engage in carbon trading. Job done! The whole process is described by the new term “greenwashing”. And the planting is often fir tree monoculture, which is not good for biodiversity.

The risks for Welsh agriculture are obvious. One tenant farmer with three young sons, Ian O’Connor, had an offer accepted for a 270-acre sheep farm in Carmarthenshire, only to be gazumped by an offer 10 per cent higher. The buyer was private equity company the Foresight Group, incorporated in Guernsey. Young would-be farmers cannot compete.

Three years ago, the Welsh government declared a climate emergency. Its plan was to plant 43,000 hectares of new woodland by 2030, on the way to meeting its 2050 net zero target. So it’s in a hurry. Farming unions say that this is offsetting our way to net zero while taking land out of the much needed production of food for people.

Once covered with trees, it is unlikely ever to return to farmland. The displacement of existing ownership patterns and family farms could change rural life and the Welsh countryside forever.

Farmers’ union NFU Cymru has a more balanced view. They don’t see planting trees as an end in itself and recognise the need for food production and contending demands on land use.

On the other hand land agents Savills have praised the development of carbon offset. They say, “investors have an important role to play” in the delivery of the Welsh government’s green targets. Savills can make direct approaches to farmers on behalf of their wealthy clients, easily outbidding buyers committed to agriculture, such as Ian O’Connor.

Foresight Group has already bought six farms in Wales for afforestation. NFU Cymru says that 12 farms have been bought by similar companies in Carmarthenshire alone. Since the Welsh government declared its target, 75 per cent of the largest plans for planting trees in Wales have been made by companies based outside of Wales.

These companies are cashing in on the grants on offer from the Welsh government, hoovering up Welsh farmland in the process, and boasting of their green credentials in their annual reports to shareholders.

A similar pattern is emerging in Scotland according to a report published by the Scottish Land Commission on 12 April. As in Wales, commercial investors are swooping to buy up farmland – accounting for almost half of sales last year. Inevitably prices are rising sharply – by nearly a third during 2021; the increase across the rest of Britain was around 6 per cent.

Although some of this investment reflects higher timber prices, the report attributes much of the activity to carbon offsetting. The Scottish government is unsurprisingly in favour of carbon offsetting. It sees agriculture as a problem – its policy on agriculture and the environment focuses on reducing greenhouse gas emissions.