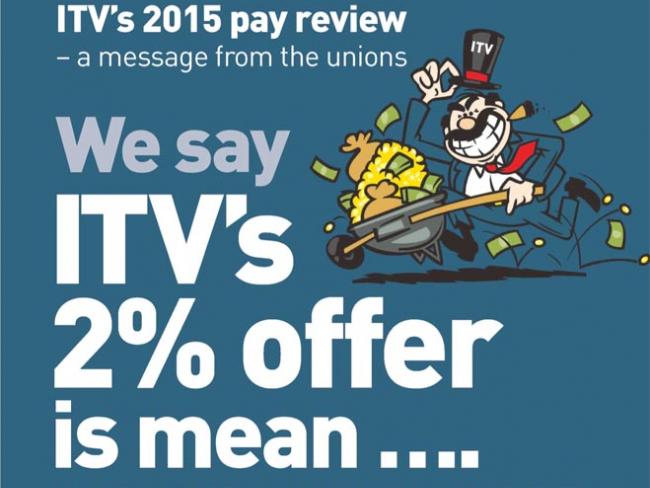 The unions have argued that ITV’s offer, described as “mean”, following a sustained period of growth and increased profitability, has to be improved.

ITV staff, say the unions, have contributed to key positives for the company:

“Today’s ballot result expresses our members’ views on ITV's pay offer and highlights two extremes. On the one hand, workers’ basic earnings have fallen behind RPI by at least 4 per cent over the past five years alone; on the other, ITV is posting record-breaking profits.

“There is now the opportunity for both parties to resolve the dispute by directly communicating with each other to try to reach an agreement. Our offer of talks remains open. However we will move to a ballot for strike action if the company fails to prioritise this issue.”