London: the capital of poverty 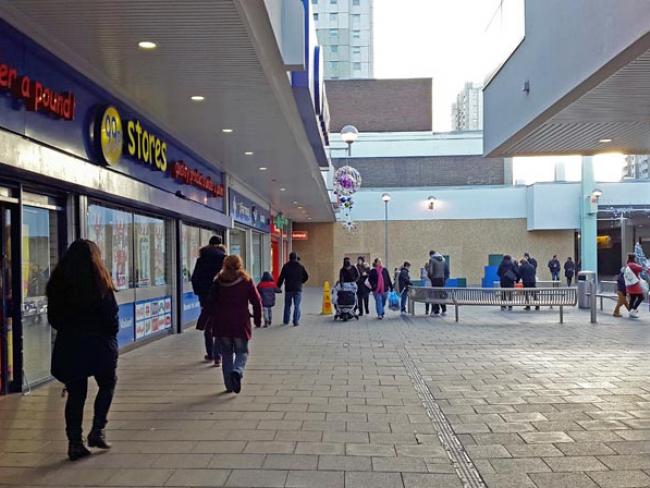 Enfield in north London has the fight highest proportion of children living in poverty in Britain. Photo Workers.

The Greater London Authority’s recent update on poverty in London makes stark reading. On one hand gross obscenities of wealth and housing are demonstrated. London becoming the play bauble of the world’s rich. On the other London remains one of the most deprived areas in Britain.

Over 2.2 million people, a third of London’s population, are living under the official poverty line.  A third of London’s children – over 700,000 – qualify for this dubious honour. More pensioners than anywhere else in Britain live in poverty. One in four adults of working age in London lives in poverty.

The report clearly details that housing costs are the greatest burden London’s workers have to suffer.

The picture holds on a more local level, with the Enfield Independent reporting that Edmonton, in the London Borough of Enfield, has the fifth highest proportion of children living in poverty in Britain. The Child Poverty Action Group, based on tax credit data and unemployment figures, estimates that 43 per cent of children are living in families which are below the poverty line (where the level of income is deemed to be less than that necessary to procure the necessities of life).

It also reckons that the borough as a whole, part of the “prosperous” South East, has the seventh highest proportion of children living in poverty – 37 per cent.

Edmonton is also near the top of the list for unaffordable housing with overall house prices nearly 11 times average wages. As a consequence residents are forced to pay extortionate rents to private landlords, or as more often the case, money in the form of housing benefits is transferred from the pockets of other workers straight into the hands of those private landlords.

In the past four years homelessness has risen nationally by 37 per cent, while the number of people claiming housing benefits has doubled.