The long road to independence 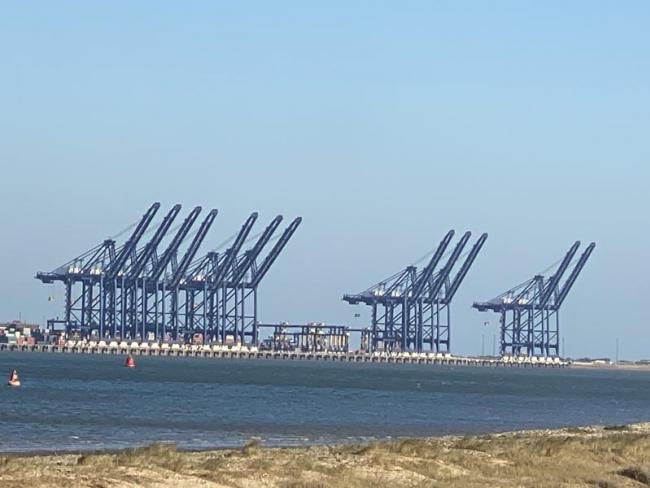 Widespread job losses are inflicting great damage, especially given the high levels of personal debt in the country. But what kinds of new jobs must be created? Where will young people find work?

The services sector, particularly financial services, dominates our economy. Yet financial speculation creates no new value at all – it just moves money around, mostly into the pockets of the very few.

Let’s redirect the economy into real production which creates the goods and services which people need.

The provision of essentials – the primary responsibility of any government – has failed miserably during the Covid crisis, most obviously with the dire shortage of PPE and ventilators. “Just buy it in on the global market” didn’t work at all, exposing the unplanned and dangerous just-in-time practices they relied on. We need instead the just-in-case security of planning for future needs.

Just look at the clothing industry in Leicester (see page 5), a cesspit of ultra-low wages (around half the minimum wage) and sweatshop conditions consciously tolerated by politicians national and local.

Reliance on foreign companies to provide our energy needs, materials, trains, cars – the list goes on and on – must end. Our national security depends on it.

We must increase our capacity to feed the nation. A farming policy which emphasises food production equally with protection of soil and environment. They are interdependent. An end to the increasing reliance on food imports!

We still manufacture many things here. Britain currently trades with 111 countries under WTO rules. As we leave the EU we do not need a trade deal or to be part of any trade bloc or US-led trade war. Rather we need to invest in existing and new
necessary industries.

Plan for long-term industrial expansion. End reliance on importing what we need. Stop being at the mercy of long overseas supply chains. Make it here!

Why do we encourage a cycling “revolution” but neglect that bicycles are hardly made here at all?

Significant money must be put into the training and skills required to achieve expansion. Industrial unions are calling for this, seeing the benefits that Brexit can bring. Crucially, we need high-quality apprenticeships – the present system is largely a low-paid going-nowhere joke (see page 10).

But it’s not just – or even primarily – about money. The only class that can transform Britain for the better is the working class. Only workers know what we need. Only workers have the interests of their country, their communities, at heart.

Leave it to the employing class and they will suck every last penny of profit out of every grant they can. For all the talk of benefit fraud – which does of course exist – nothing matches the scale of the frauds, tax avoidance and tax evasion from the capitalist class.

From the posh clubs of Pall Mall lining up for the “eat out to help out” subsidy to the blatant twisting of the apprenticeship levy, from the offshore trusts to the hoovering up of EU farming grants, capitalists are past masters at getting something for nothing.

The employers and their masters, the finance capitalists of the City, are the ones that have dragged this country down to where it is now. They are hardly the ones to bring it back up.

Brexit is nearly done. We must turn our attention to the fight to resist the ravages of transnational capitalism and to forge an independent country which alone can provide a future as part of a real economy for our young people. The fight will be long and hard, but If we want a future, we are going to have to create it ourselves.

Tech sovereignty and the working class
Ministers plan yet another insult to Brexit
Keep land for food
Minerals and the future: the new dig for Britain
Energy security – essential for independence