The Making of a Nation - new leaflet from the CPBML 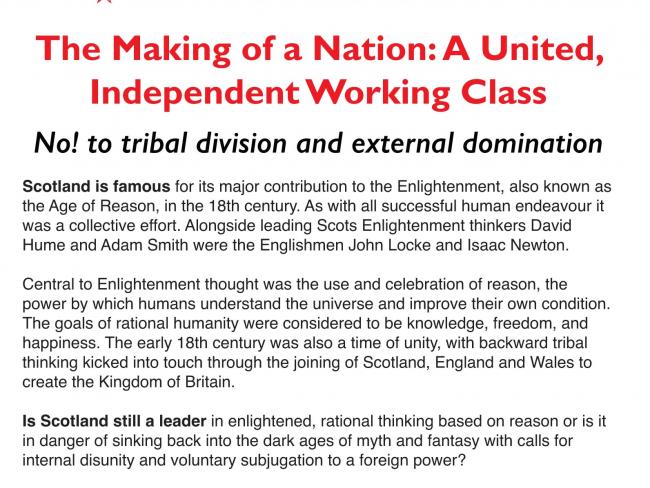 Once again the SNP is calling for a second referendum on Scottish “independence”. But there can be no independence within the EU.

Is Scotland still a leader in enlightened, rational thinking based on reason or is it in danger of sinking back into the dark ages of myth and fantasy with calls for internal disunity and voluntary subjugation to a foreign power?

If there is a second referendum about the future of Britain, will Scots vote for global capitalism, or for independence through the unity of the British working class?

A new leaflet from the CPBML explores these issues. Download a copy online, or for print copies, enquire at info@cpbml.org.uk.