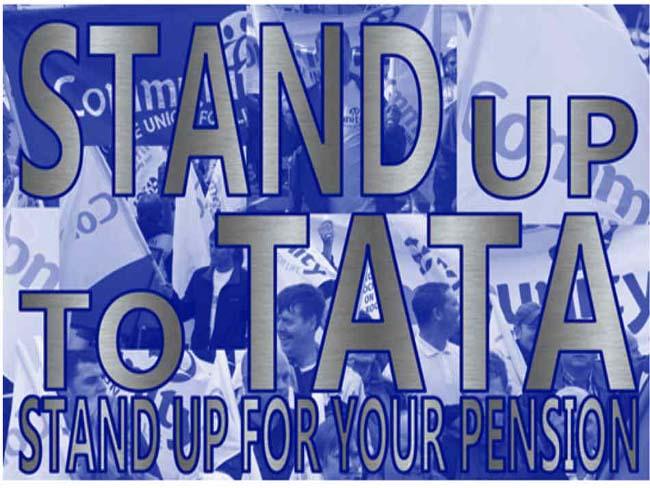 Members of Community, GMB and Ucatt have voted decisively for strike action in a dispute with Tata Steel over pensions. Community has announced that th action will be conducted with tactical nous, to cause, in the words of one negotiator, “maximum disruption to the company with minimum pain for our members”.

The Indian company, which took over much of Britain’s steel industry from Corus, the privatised successor to the British Steel Corporation, announced plans to tear up the steel workers’ final salary pension scheme and replace it with a defined contribution scheme. The age of retirement would be increased from 60 to 65.

“Maximum disruption to the company with minimum pain for our members.”

Unless the company backs down, it will face the first large-scale strike in the steel industry for over thirty years. It is a trenchant reply to Cameron’s  proposals in the Trade Union Bill to impose on our organisations higher thresholds for turnout in ballots, and a ban on online voting. Many have commented that more than 210 Conservative MPs would fail to reach the thresholds the bill requires.