Monopoly and regulation: a new path for Britain 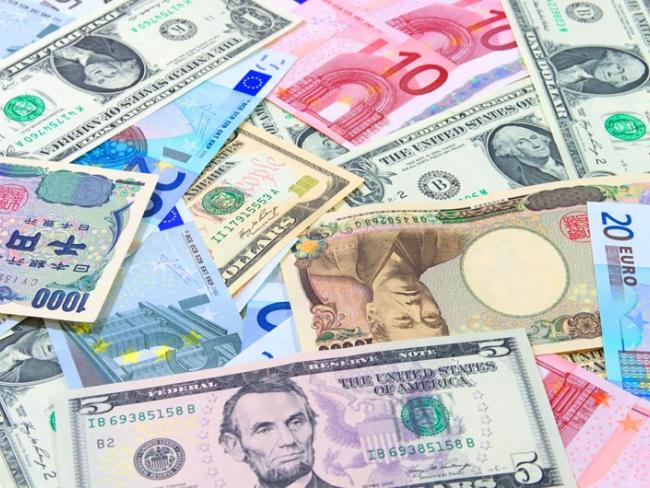 Inward investment: foreign takeovers of British companies have been given an easier ride than mergers between British firms. Photo stock_shot/shutterstock.com

The Brexit vote in 2016 was a recognition that enough is enough. The capitalist chaos inflicted on us through the EU had to end. A more planned national economy is required. Yet a nationally planned approach has never really been considered in Britain, at least not to any depth.

Labour’s nationalisation programme after the Second World War is a red herring. Back then, when a whole raft of industries from electricity generation to railways were nationalised, most of their existing value had been extracted through dividend payments to shareholders. Once the value had been taken the “entrepreneurs” saw no reason to reinvest back into those capital enterprises. So investment fell to public funding through nationalisation, creating industries once again attractive to private enterprise.

Now, following the onset of privatisation in the 1980s, a whole set of problems has emerged across sectors ranging from rail, water, gas and electricity. At the heart of these problems lies free market dogma.

Take the free market attitude towards monopolies – British monopolies, not foreign monopolies. The focus of the Monopolies and Mergers Commission of the 1980s right through to today’s Competition and Markets Authority was to prevent merger between large British companies, the claimed reasoning being that large scale British mergers would make this “free” market uncompetitive. But the real intention has been to prevent British-managed enterprises achieving critical mass within the British economy.

Perversely, governments have always considered it fine for foreign-owned monopolies to buy large British firms – while British firms have been stopped from amalgamating to achieve the necessary economies of scale to make them less vulnerable to foreign take over. This thinking, which in effect favours foreign management over British management, did not arise by accident. It has been by design.

Certainly, many areas need regulation. But equally certainly, the capitalist class is not fitted for that task. And the skills of those working in the regulatory field could be better applied if freed from this type of class control.

As it is, regulation is a prime example of the way Britain has been held back. Bodies such as the Competition and Markets Authority are not what they are made out to be: they are not independent. Their role is to try to regulate markets at the behest of the exploiting class. And often the desired objective is to halt technical developments that would be to workers’ advantage.

Within this mix we now have the climate change regulatory agenda, which along with the recently introduced UK Infrastructure Bank is part of the government’s push to reach net zero emissions by 2050. Though when it comes to this bank, we’ve been there before. The newly formed Infrastructure Bank – it opened in June 2021 – with its “mission” to tackle climate change, broadly replaces Britain’s original UK Green Investment Bank, which the government sold four years ago to the Australian firm Macquarie for a knockdown price of £2.3 billion.

The transaction is now described as daft by Kwasi Kwarteng, currently Secretary of State for Business, Energy and Industrial Strategy. No, it wasn’t daft. It was another example of a long-standing trend of underselling British public assets to international concerns while hoping British workers don’t notice.

A green-themed London investment summit in October attended by large global investors will precede the November UN COP26 gathering in Glasgow, where climate change is to be discussed. From here on in there will be much talk of net zero this and net zero that. But beware: this type of virtue signalling with its visions of perfection could well lead to oppressive corporatism.

Certainly, the type of corporate regulatory thinking applied to resolve the 2008/9 financial collapse has made matters worse, which is why so many countries have now ended up in the wrong financial position all at the same time. This would have happened irrespective of Covid–19.

But there is hope. Britain’s exit from the EU makes it possible to introduce new processes that can defend our national independence and strengthen the unity of our national territory. Notably (from an infrastructure perspective) the new UK Infrastructure Bank removes the EU’s European Investment Bank (EIB) from our shores.

Britain as an EIB investor and as one of the few net contributors to the EU budget, meant most other EU countries were the beneficiaries of our contributions. Whatever remained from our contributions was then recycled back to Britain but badged up as if it were an EU regional investment.

This ruse disguised the fact the money was ours in the first place. The trick worked particularly well in both Scotland and in “academic circles” where a common refrain was “if Britain leaves the EU we will lose EU funding”.

A further positive is that the UK Infrastructure Bank aims to finance projects in every region of the country including Scotland. This should help unify British thinking by bringing about a more joined-up national economy. National unity could be further enhanced if our existing privatised infrastructure and utilities were to become a part of a more planned structure.

Currently the cash generated from these privatised concerns largely goes to their overseas owners. Instead, the cash flow could be used to help cover the depreciation costs of existing British infrastructure as well as helping to fund new projects.

And then there’s the National Security and Investment (NSI) Act, which comes fully into force on 4 January 2022. It heralds big changes. In broad terms a government screening process is to be introduced whenever a potential purchase of British industrial or commercial assets by a foreign buyer is announced.

The screening is expected to take place over a minimum period of one month. The timescale, although limited, does raise the opportunity for workers to discuss whether inward investment is beneficial to Britain or not.

Workers should begin to use the NSI Act to heighten discussion and actions. For example, where a foreign takeover is announced, workers can consider whether an alternative merger between British companies in the same sector would be a better fit.

Better still to start thinking in advance about merging British companies and earmark additional institutional funding from within Britain to facilitate such moves. Another tack might seek to secure legally binding undertakings to ensure the acquirer will expand jobs for British workers. An agreement to expand locally based supply chains and maintain R&D facilities could be another feature to secure. Imaginative thinking rather than fatalism should be the spark.

Within all of this it is obvious that British unity is essential for our national independence. So it’s no surprise that the SNP is plugging its own Scottish National Investment Bank, launched in 2020. Instead of this useless complication Britain should be looking to develop specialist investment banking facilities with detailed regional knowledge of each industrial and commercial sector across the whole country.

That approach would enable a balanced integrated process to be developed. Trying to find a way about within a regionally divided Britain is not a good industrial or commercial technique. Better by far to shift thinking from regional division to implementing national industrial and commercial strategies based on proven and affordable techniques.

One example: weighing up the real costs of environmental issues as well as the imagined benefits. In this context, the implications of the discovery of a billion barrels of recoverable oil just off the Shetland Isles needs considered discussion among workers rather than talking heads in the media who are invariably sponsored by various string pullers. Fully developed, this oilfield could provide a great additional income for Britain to help fund an effective recovery.

That conversation, a proper consideration of risks and benefits, should be free from unsubstantiated modelling and claims. It needs to acknowledge that current regulation in a great number of activities has done much damage. And it needs to start now.

The environment is important. But as in many areas, the capitalists who have caused the damage are not the ones who are going to put things right. Time for workers to take control.

Economic war on workers being used to fund a military war
Budget 2021: what it means for workers
Meet the new ‘mafia’ economics
Capital in the 21st Century: the film and the book
Seizing the future for Britain's workers