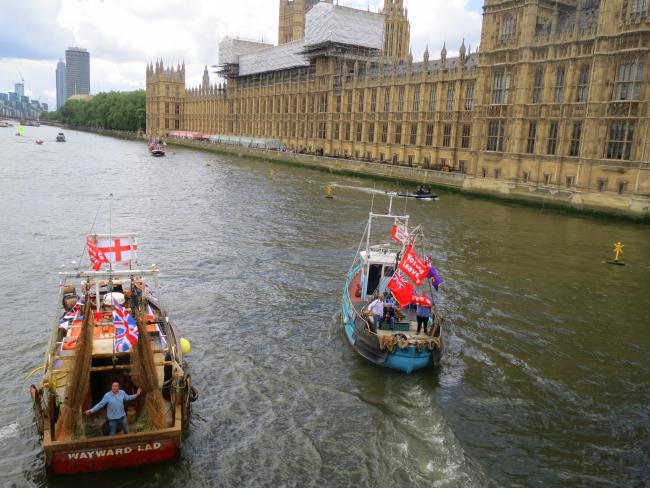 Take up the fight for an independent Britain. Seize the opportunities. Lay down the battle lines.

The CPBML has produced a new pamphlet calling for the opening of a new phase in the battle for independence. Entitled “Take Control”, it spells out clear red lines for the Brexit negotiations and calls for the campaigning bodies left dormant after the referendum to be reactivated.

The free pamphlet can be downloaded here as a PDF. Please share it with your friends, family and workmates.

It will be distributed in towns and cities across Britain. If you would like the CPBML to hand out copies outside your workplace or college, or you would like to help us get the message out, please email info@cpbml.org.uk. Below we reprint the introduction to the pamphlet. 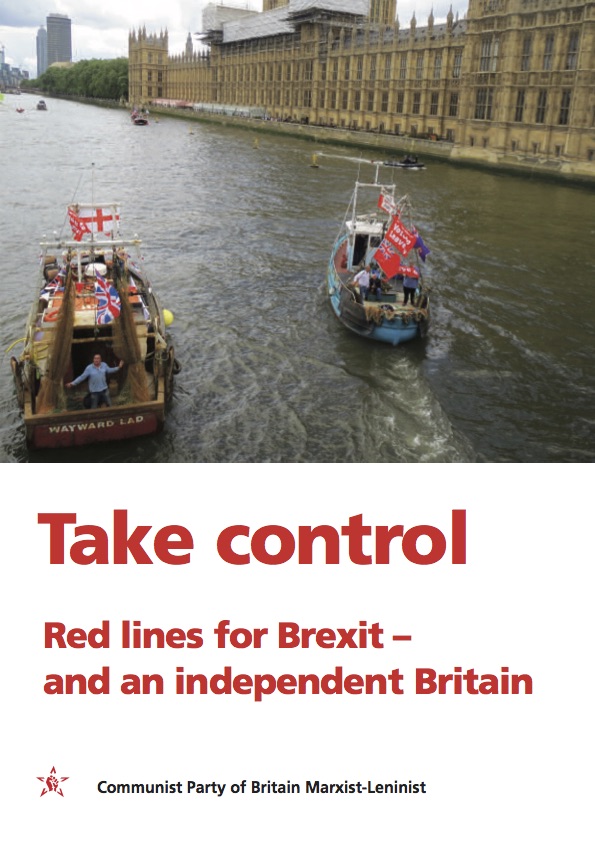 The referendum result, achieved despite the desperate urgings of the Conservatives, Labour, Lib Dems, the SNP and other parties, was clear. Now sections of the establishment are regrouping, manoeuvring to thwart a full Brexit by preventing a clean departure.

Cliff-edge” scenarios are the latest instalment of Project Fear, aimed at derailing the referendum result. But what’s to be afraid about? If the EU continues to refuse real negotiations, we should be prepared to walk away. Indeed, Whitehall says it is planning for this eventuality.

We do not need to agree transitional arrangements that prolong the EU’s power over us. We must leave in March 2019 when the notice we gave under Article 50 runs out.

We do not need to pay huge sums of money to the EU. Many countries, including the USA, trade with countries in the EU without paying anything. Nor do we need to limit our independence by allowing the continued sway of the EU’s Court of Justice.

The fact is that most MPs, and most peers too, do not want a practical solution that means British withdrawal. So our campaign to leave the EU is entering a new phase.

The people must speak out. We must unite to make government and Westminster too afraid to construct deceitful half-way houses with the EU that mean no real departure. Campaigning bodies left dormant after the referendum will have to be reactivated, so that they reconnect with the people to concentrate their influence on the exit process.

The negotiations must be guided by clear red lines:

That means no to the single market, no to the customs union, no to the European Court of Justice. It means real independence. And no to transition deals that would sew us into the EU straitjacket for years to come.

Leaving the EU means we cut ties with it. We are not in a “divorce”. We don’t have to pay the EU maintenance and we don’t have to give it visiting rights. We will be leaving. It’s that simple.

We are a country rich in skill, in science and technology, one of the largest economies in the world. Independence will liberate us from the diktats, doom and decline of the EU. We have a world to win.