NHS: get real over pay 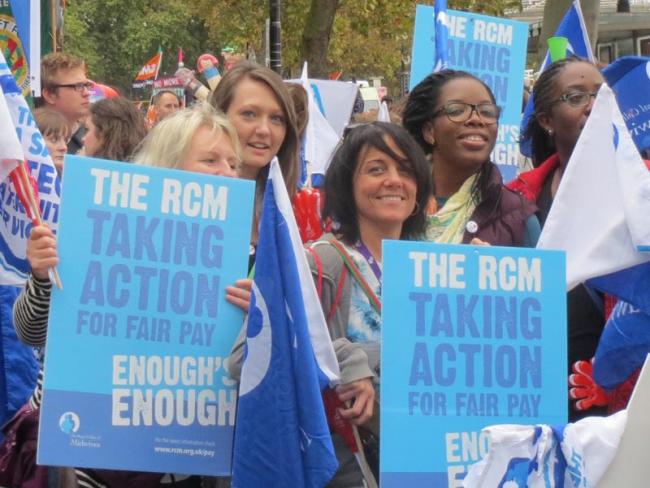 The British people are aware that successive governments mean the NHS no good, and allot additional funds to it against their will. Important though pressure from outside the service is, it is pressure from within that is decisive.

But pressure from workers within is most obvious by its absence. Most glaring is the absence of struggle over pay, almost as though the decline in pay levels has no effect on the NHS, and as though that decline is something over which health workers are powerless, an act of God almost.

This must stop. Pay has to take centre stage as the battleground on which the future of the service will be fought out.

The 2010 government on election that it would limit pay “rises” in the NHS to 1 per cent annually. This blatant assault on living standards was mutely accepted - an ominous sign, and one being enacted afresh whenever the Pay Review Body’s “independent” findings are released. Guess what! It has now decided that 1 per cent is the right amount to “raise” the pay of health workers.

Two health unions (Unison and RCN) are consulting their members over this. But the truth is that those active in unions, and members themselves, know there will be no fight this year. They also know – though do not acknowledge – that in an increasingly toxic situation members are wondering what their union is for, and union activists are wondering why members are so supine.

Instead of tackling the root of the problem – government policy – members and unions are turning on each other.

A document last year from the London NHS Partnership, a body bringing together health unions in the capital with employers, illustrates the scale of the problem.

House prices are now 11.1 times the average NHS salary, compared to 8.4 times five years ago. And rent in London equates to 66 per cent of nurses’ pay.

So 21 per cent of NHS workers in London no longer live in the capital, with an average commute of 26 miles a day (up from 22 five years ago). This is set to rise to 30 miles a day in the next five years.

The result is 10,000 nursing vacancies in London, 17 per cent of all posts, predicted to rise to 25 per cent by 2020. Vacancies in other specialisms are also on the rise.

Bizarrely, employers in London appear more concerned about the decline of pay than do workers.

‘Bizarrely, employers in London appear more concerned about the decline in pay.’

The historic decision for independence made by the British people on 23 June last year means we can train the health professionals we need, and not rely on those plundered from countries who need them even more than we do. This means paying the proper rate rather than relying on workers from countries where the pay is lower and who therefore have lower expectations. The negative effect of this downward pressure has been greatly underestimated.

With wages going up less than inflation every NHS worker is several thousand pounds worse off – 12.3 per cent of earnings on average over the past seven years. Predictions for the RPI for the next four years vary between 3.1 and 3.6 per cent. The government is determined to limit pay “rises” in the NHS to 1 per cent a year, thereby further slashing true salary levels.

A campaign to have a real, not a pretend fight for pay in 2018 must begin now, in 2017. It may be in London, as so often before. Plans are being considered that could lead to local claims being lodged within the national NHS terms and conditions, thereby preserving national bargaining but fighting in a guerrilla, local way, inviting employers to settle, and take themselves out of the firing line.

This highlights employers’ ability to pay, and the Alice-in-Wonderland financing system of the current NHS (see page 8). In the meantime, let’s resolve that the fight for pay starts now.