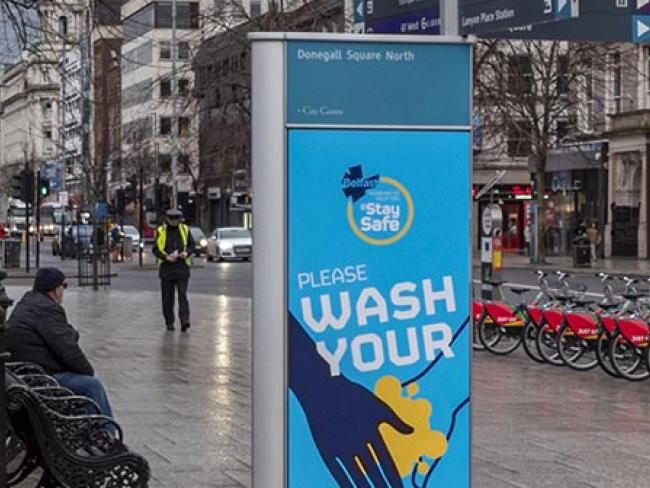 New EU rules for Covid tests are set to replace British law in Northern Ireland despite warnings that this may cause shortages and a lower quality of tests. A new EU regulation, the Diagnostic Medical Devices Regulation, is coming into effect on May 26, which will remove Northern Ireland from the UK’s Coronavirus Test Device Approval.

The Northern Ireland Protocol requires EU regulation to take precedence over the British one. Since Northern Ireland gets most of its supplies of tests from Britain, this may lead to shortages, and lower-quality Covid tests. The EU shows complete disregard for the impact upon Northern Ireland caused by its spiteful interference in its trade within the UK.

After an outcry from the Irish Prime Minister Micheál Martin and all five parties in Northern Ireland’s devolved government, this was quickly reversed, but not before the EU’s malign and contrary position on the border between the Irish Republic and Northern Ireland had been exposed.

These and other matters require protracted negotiation. But there is a simple solution: the government can invoke Article 16 – unilaterally, as provided for in the Protocol – to protect against “serious economic, societal or environmental difficulties that are liable to persist”.

Indeed, back in November Lord Frost said that invoking Article 16 was a “very real option”. But nothing happened then. And even less is happening now with the appointment of one-time Remain campaigner Liz Truss as Foreign Secretary. She has huffed and puffed, but then in March used the excuse of the Ukraine war to put off invoking Article 16.

Now, once again, there are “rumours” that the government will trigger the article after the Northern Ireland elections in May. It’s hard to avoid the conclusion that the rumours are just shabby electoral politics, designed to boost the chances of Unionist politicians in the elections – and that nothing will actually be done.

A united Ireland is surely in the interests of all who live in the island, but it can only be created by the will of those who live there. The EU cynically used the status of Northern Ireland under the Good Friday Agreement, freely agreed between sovereign governments in Dublin and Westminster, to extract concessions from Britain during Brexit negotiations.

No good will come of the EU continuing to meddle and seeking to prise Northern Ireland away from the UK in the name of the single market, or to use the Protocol to sneak its regulations back into Britain.