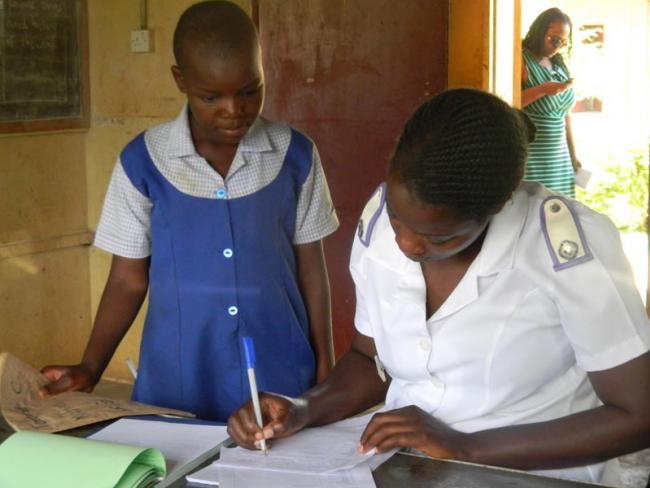 A nurse working in a government health outreach project in Harare, Zimbabwe – one of the countries losing nurses to Britain. Photo Cecil Dzwowa. (CC BY-SA 4.0).

Britain continues to recruit nurses and other health staff from “red listed” countries, who have their own shortages – despite a government code of practice for the international recruitment of health and social care staff, updated as recently as November 2021.

The World Health Organization has an action plan for the health and care workforce globally. Countries it grades “red” have fewer doctors, nurses and midwives than the global median of 48.6 per 10,000 people.

The current nursing shortages are a direct consequence of previous government decisions. One dates back to the decision of the coalition government to reduce the number of nurses trained in England and Wales. At the same time in Scotland Nicola Sturgeon, then the Scottish health secretary, said, “A reduction in intake for the 2012 academic year is a sensible way forward”.

Later, in 2017 the number of nurses in training was badly affected by the abolition of bursaries for nurses and midwives. The current government has introduced a new reduced bursary, but nurses and midwives still have to pay tuition fees.