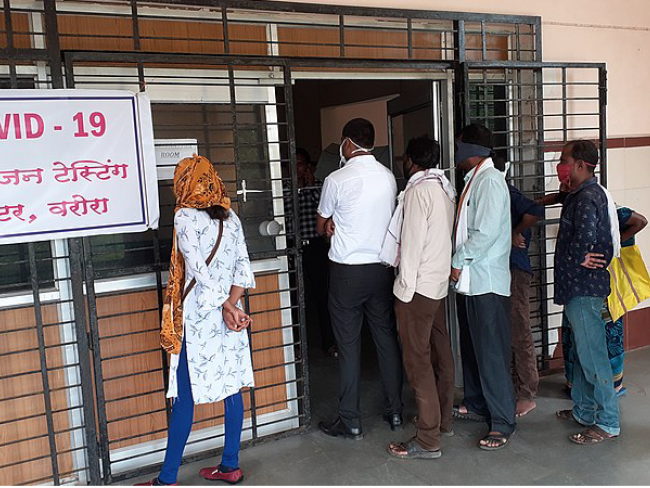 On 18 May the BBC 2 documentary Hospital, shot at University Hospital Coventry, had a section about its recruitment of experienced nurses from India. The filming started before the Indian variant of Covid-19 took hold here. And it showed the hospital’s first cohort of Indian nurses in a plan to recruit a 100 or so from there.

If you weren’t feeling uncomfortable at the start at the idea of importing nurses from India, you would certainly have been so by the end of the programme. As the impact of the second wave of Covid-19 in India became evident, the hospital spokesperson reassured the viewers that they were taking measures to protect the citizens of Coventry from the Indian variant risk.

The much bigger question of what a country like Britain is doing importing nurses from India during a global pandemic and the consequences for India was side-stepped. We were even told that the process had followed strict ethical guidance and there had been no recruitment from areas of shortage. In the light of what is unfolding in India it was painful viewing.

Current government policy contains a commitment to increase the number of nurses in England by 50,000 before 2024/25. It is now clear that ministers intend that 12,500 of this increase will come from recruitment overseas.

Coventry is one of many trusts on the overseas recruitment trail. Brighton and Sussex University Hospitals NHS Trust, for example, is planning to import 200 nurses this year.

‘The fact that the NHS has relied on recruitment from India since its inception should be a matter of shame.’

In 2017 the chief executive of the International Council of Nurses was direct in his condemnation of this practice. The fact that the NHS has relied on recruitment from India since its inception should be a matter of shame, too. That historic dependence may be part of the reason for the weaknesses in the Indian health care system today.

Before the pandemic struck, Simon Stevens, head of NHS England, told a conference in March 2019 that the NHS “must stop denuding low-income countries of health professionals they need”. But his words have not been reflected in action.

At the moment workforce planners are trying four ways of increasing nursing numbers: overseas recruitment; expansion of places on nursing degree courses; retention of existing staff; and the creation of an apprentice route to training.

Just small percentage increases in staff via the last three routes would eliminate the need for overseas recruitment. The moral implications could not be clearer: what better time  to say, as a nation, “no more overseas recruitment”? One step that would help enormously in pay and recruitment would be to improve pay here .

The other major opportunity is the huge number of young British people who have applied to do nursing degrees this September despite (or is it because of?) the endless TV images of exhausted staff. After a slump in applicants following the removal of government support for tuition fees and living costs the number of applicants has rebounded to where it was five years ago. It is a much more practical example of solidarity than clapping.

Not all the 60,000 applicants will be suitable but with so many coming forward the onus is on the NHS, the professional body and universities to think more imaginatively about how to respond to this enthusiasm. Nursing Standard magazine reported in 2020 that the average drop-out rate from nursing degrees, though varying widely between universities, remains at a worrying 25 per cent.

Again, the time is ripe to make changes. Financial pressures during the course contribute to this attrition but they are not the sole factor. Previously several EU directives constrained aspects of the course. For example, EU rules about the number of placement hours on the degree programme were rigid and made course planning at an individual and institutional level inflexible.

That has now changed. Out of necessity the pandemic meant radical changes to the nursing programme were made overnight and has proved that nurse education can change rapidly when it needs to.

Now the same energy has to be directed to how nurse education can change to reduce the attrition rate from 25 per cent. In 2019 the average drop-out rate across university education in Britain was 6.3 per cent. Bringing that down even to 10 for nursing would mean a lot more nurses.