The politics of Hong Kong protest 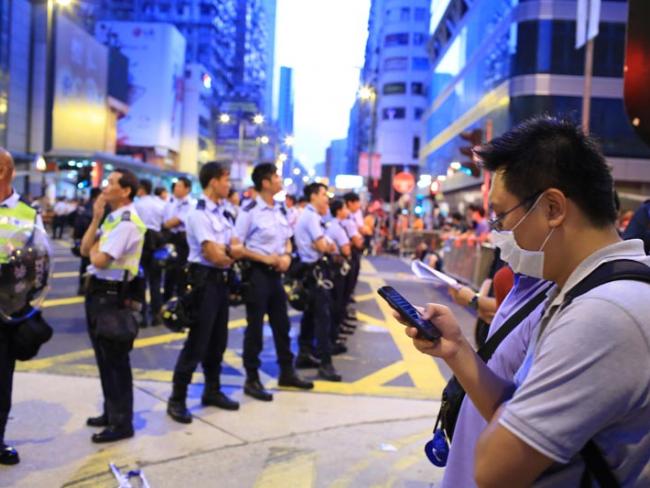 For weeks now so-called “pro-democracy” demonstrators have marched, blockaded streets, surrounded government buildings and sought to occupy central areas of Hong Kong, baiting the security services. The demonstrators claim they are campaigning against how the Hong Kong government are proceeding towards elections in 2017.

The “pro-democracy” demonstrators, many rooted in the political enemies of communism in China, many who had fled the revolution in China, are like the counter-revolutionaries of Hungary in 1956, or more recently in the Ukraine, not about democracy but about joining their capitalist friends.

They and their backers are yet another false flag operation, with friends in London and Washington aiming to destabilise China. Whatever the criticisms  of China – and there are many: its revisionism, its dabbling with capitalism and so forth – capitalism has yet to reconquer China as fully as it would wish.

We should be clear: the problems in Hong Kong are solely for China to resolve. Britain has no right to intervene or comment. Similarly Britain, in particularly London, does not need an influx of more very wealthy Hong Kong citizens to swell the growing ghettoes of rich émigrés in London.

Hong Kong: Stop imitating the EU!
Message to Johnson: Hong Kong is no longer a colony