The positive power of real facts 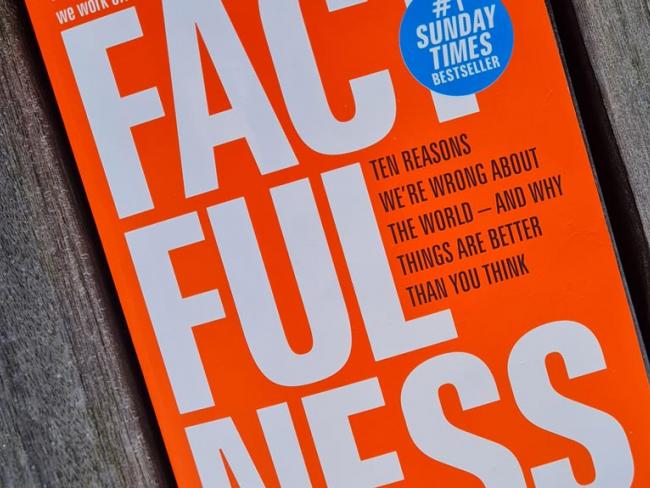 In a world where doom and gloom seem to be all-pervasive, it pays to look at the facts. As Hans Rosling’s landmark book shows, progress is far from dead…

Factfulness invites the reader to become more sceptical and less cynical and more open-minded and less ignorant about the current state of the world – and provides the tools to do so.

Don’t be put off that Barack Obama, Bill Gates, and Melinda Gates are quoted on the cover. It is a thought provoking read and a deserved best seller.

The sub-title of the book is intentionally an attention-grabbing statement and may well seem presumptuous. What do the authors know about what each of us think of the world? As it turns out, quite a lot.

From 1997 Hans Rosling was professor of International Health at the world-renowned Karolinska Institutet medical university in Stockholm, Sweden. His research focused on links between economic development, agriculture, poverty, and health.

He gave many lectures and presentations outside of the university and would begin by testing his audience’s understanding of the current state of the world. He would ask questions such as this. “In the last 20 years, the proportion of the world living in extreme poverty has: (a) almost doubled; (b) remained more or less the same; or (c) almost halved?”

Over the decades he asked similar factual questions on poverty and wealth, population growth, births, deaths, education, health, sex, violence, energy, and the environment to thousands of people across the world.

There were no trick questions. He was always careful only to use facts that were well documented and not disputed. Yet people invariably did badly.

Rosling found that this was not a question of intelligence or level of education – some of the most appallingly wrong results came from a group of Nobel laureates and medical researchers. Everyone seemed to be wrong about the world. And not just wrong but systematically wrong; the results were not random.

People generally thought that conditions in the world were worse than reality. Every group he asked thought that the world was more frightening, more violent, and more hopeless than it really is. Hence the confidence enshrined the book’s subtitle and why this book is worth reading.

At first Rosling thought that the reason so many people were so consistently wrong about the world was because their knowledge was outdated and that his task was therefore to develop better teaching materials, setting out the data more clearly.

With his son Ola and daughter-in-law Anna, Rosling founded the Gapminder Foundation “to fight ignorance with a fact-based world view that everyone can understand”. Gapminder provides a wealth of free resources such as an animated graph, designed by Ola and Anna, that illustrates the wealth and life expectancy of every country in the world since 1800.

‘Everyone seemed to be systematically wrong about the world…’

But gradually Hans realised there was something more going on. Even straight after his presentations he would hear people expressing beliefs about poverty or population growth that he had just proven wrong with the facts. Why is a dramatic, negative world view so persistent?

The authors share with the reader their conclusions on that question – based on years of trying to teach a fact-based world view and listening to how people misinterpret the facts even when they are right there in front of them.

Rosling proposes that the overdramatic world view comes from the way that our brains work. He suggests that the human brain as the product of long evolution is hard wired with instincts that helped our ancestors to survive.

Each instinct is exemplified by a characteristic phrase and a counter position, which reduces the drama. Size is expressed as “It’s big” and is checked by “Is it big in comparison?” and so on.

Rosling argues that we still need these dramatic instincts to give meaning to our world and get us through the day. But if uncontrolled, our appetite for the dramatic goes too far. It prevents us from seeing the world as it is, and leads us terribly astray.

These are not trivial misconceptions. The book cites as examples the risks and benefits of nuclear power, the use of the pesticide DDT and chemicals generally, and the trend in world population growth (on course to plateau).

Rosling is no Pollyanna believing all’s well. He lists five global risks we should worry about and attempt to solve: financial collapse; world war; extreme poverty; climate change. And writing at least three years before the emergence of Covid-19, he puts pandemic at number 1. The book was first published in 2018, a year after Hans died of pancreatic cancer aged 68.

There is a downside. The authors’ outlook is flawed by a faith in global market forces as a driver of progress. And worse, the assumption that politicians and policy makers will find solutions to problems we all face while the rest of us passively get on with our lives. No doubt that was the attractive message for Obama and Gates.