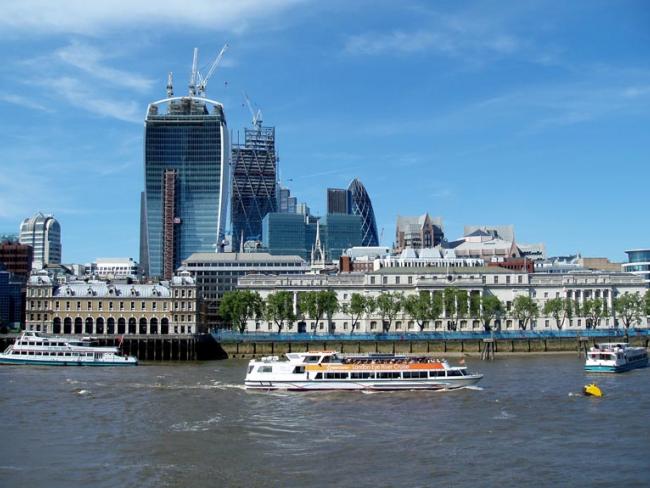 The City from near London Bridge. Photo Workers.

A survey of average earnings across London’s 32 boroughs by the GMB trade union, shows London in a very different light fro, the usual picture of the capital as a thriving business centre. It shows that in 27 out of the 32 boroughs real earning levels are at or below figures available for 2007.

The average drop in real earnings across London is 17.9 per cent. In Tower Hamlets it was 24.2 per cent, while in Hammersmith and Fulham the fall was 29.5 per cent.

Minuscule wage increases during the last ten years have not compensated for staggering price increases associated with travel, housing and food. In fact, they haven’t even come close.

London may have streets paved with gold for its 4,400+ multi-millionaires with assets above $30 million –more than any other city on the globe, says City AM – but for the vast majority of the 8.25 million population of London reality is something different.

Similarly London’s pretend wealth based on house prices is another bubble just waiting to burst. All that glisters is not gold.