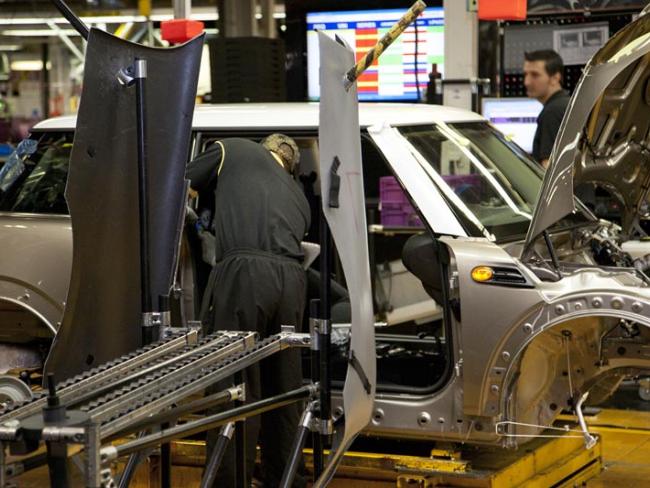 Manufacturing a recovery from Coronavirus, by John Mills, with a foreword by Caroline Flint, paperback, 46 pages, ISBN 978-1-9161347-1-3, published by the John Mills Institute for Prosperity, May 2020. Free download from instituteforprosperity.org.uk

These two pamphlets by the economist John Mills are a timely intervention in the debate about how we move forward from the present crisis. He urges us to focus on rebuilding industry and explains why we must do all in our power to prioritise our manufacturing industry.

The impact of coronavirus has taught us that Britain must be able to produce its own medicines and protective equipment, amongst other essentials. To recover that capacity we need to increase our manufacturing production from 10 per cent of GDP to more like 15 per cent. In 1970 it was over 30 per cent.

We have deindustrialised more than any comparable country. That damages jobs, the regional balance and productivity. Currently we are far less self-sufficient in manufacturing than most other developed countries. That needs to change. Or would we rather continue to depend on China for so many consumer goods, for personal protective equipment, for 5G communications and for nuclear power stations?

Manufacturing investment in Britain has been too low and falling for far too long. The shortfall is across all types of investment. Less than 3 per cent of GDP has gone towards the most productive forms of investment, in machinery and equipment. That level is lower than in 2008. And spending on education and training fell from 4.9 per cent of GDP in 2012-13 to 4.1 per cent in 2017-18.

Mills points out that “Since 2000, the cumulative value of the UK’s balance deficit has been close to £1 trillion. To finance this very substantial sum, which is equal to about half our annual GDP, not only have we had to borrow large sums from abroad, we have also sold off huge swathes of our national assets. These include most of our ports and airports, our football clubs, our power and utility companies, billions of pounds worth of commercial and residential properties, and much else.”

A 2014 study by the Office of National Statistics found that foreign-owned companies generated 29 per cent of our annual gross value added. That will be far more now. Public interest tests on any proposed takeovers from abroad, and tax penalties on the buying of property assets by foreign interests, would be a good start towards restoring the balance.

Instead, successive governments have followed Thatcher’s priorities – finance capital first, nothing else matters. High interest rates and tight money supply in the 1980s, followed by the liberalisation of capital imports in the 2000s pushed up the sterling exchange rate to nearly double the mid-1970s level.

Mills wants Britain to lower the pound exchange rate. Historically devaluation has worked. In 1931 Britain devalued by 24 per cent. By 1937 the economy was growing 4.6 per cent a year, manufacturing output was up by nearly half and there were 2.7 million more jobs.

What else? Mills argues we should make the nationalised banks invest more in productive businesses, discourage inward investment (which drives up the exchange rate), and impose capital controls. These are possible outside the euro and the EU.

As he writes, “Nearly all our internationally-traded low- and medium-tech manufacturing has been driven out of business and there is insufficient high-tech industry – also subject to long term threat – to fill the gap.”

A key requirement for making sure that a competitive environment delivers the investment and export-led recovery we need is “to ensure that manufacturing industry has access on favourable and plentiful terms to the finance needed to make it happen.”

Mills explains: “Lending decisions which may be prudent case by case for banks do not, however, necessarily add up to a strategy which makes sense for the economy as a whole. This is because the total returns to the wider economy, especially on the most productive forms of investment, vastly exceed the private returns to banks. Bank lending to industry therefore needs to be firmly guided and possibly underwritten by the state, as has indeed been done to support companies generally during the current coronavirus pandemic.…[This] should be primarily targeted at encouraging manufacturing investment across the board.”

We must aim “to make it worthwhile siting new manufacturing capacity in the UK rather than elsewhere, thus producing a quantum leap in the UK’s exporting potential and its import saving capability.”

How do we achieve this? The 40-year-long high pound monetary policy meets the needs of the ruling class. It knows quite well that a high pound destroys industry but will do that to destroy the working class which threatens its rule.

Now as independence from the EU approaches, we can begin to free ourselves from the demands of global capital which has been stifling all too many economies. While globalisation has accelerated in the last 40 years, the growth rate in the developed world has fallen.

Without the changes that Mills proposes, we are likely to have “another lost decade of stagnant or much more probably falling real living standards – combined with more long years of public sector austerity – for the bulk of the population from the beginning of 2020 to 2030.” Time for the people to assert themselves.

Manufacturing hit by deep cuts in investment
The long road to independence
Rebuild the economy - create value
How about a real industrial strategy?
Honda to end manufacturing in Britain