Skip to main content
Home » News/Views » Science for the people: Away with superstitions

Science for the people: Away with superstitions 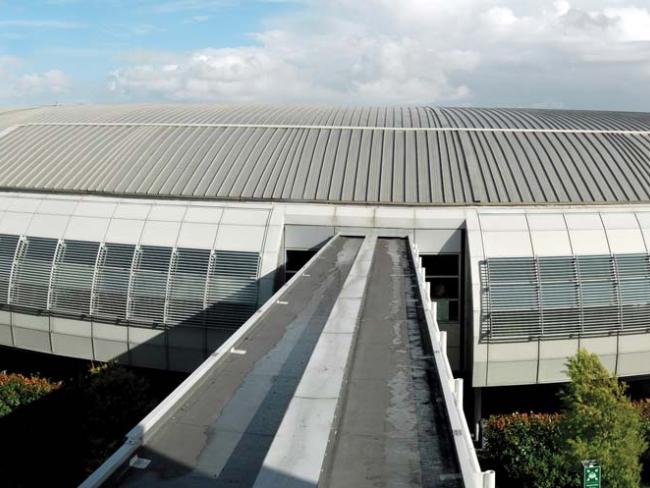 Britain punches above its weight in science. But with production ebbing away abroad, the dead hand of the European Union and the rise of unreason, nothing can be taken for granted…

But Britain has much more – Oxford, Cambridge, Cardiff, Edinburgh, Glasgow, Aberdeen, Manchester, Newcastle, and on and on.

How come? What is special about Britain? Is it something in the blood? Are British people naturally cleverer and more inventive than others?

A cursory look at the science of inheritance and the history of Britain shows that the idea is ludicrous. And more than a quarter of the British Nobel prizes have been won by people born abroad, including those who won Nobels for the structure of the atom, the structure of DNA, the invention of fibre optics, graphene…

‘What is special about Britain is the unique combination of industry and enlightenment.’

No. People come here because it is a brilliant place to do research. What is special about Britain is the unique combination of industry and enlightenment. That and the fact that religion has never been allowed to stifle our education system. Not yet.

But if it’s clear that Britain’s science is really strong, scientists are becoming increasingly concerned that soon that might be all history. Lack of investment is the main issue. Over the past three decades government expenditure on R&D has declined in real terms.

Private industry is hopeless: the amount it invests in R&D is just 0.57 per cent of our GDP, against 0.85 per cent in Germany and 0.92 per cent in the US. No wonder Paul Nurse, President of the Royal Society, talks about short-term thinking not just among politicians but in companies as well: “Their focus is on annual returns for the shareholder and big annual bonuses for the bosses rather than investing in the future.” That’s 21st-century capitalism for you.

Actually, the position in Britain is even worse than that, because its historic strength in pharmaceuticals means that they account for over 27 per cent of all private R&D in the country. Strip that out and the figures would be still more dire.

Our science rose with commerce and industry. It can’t survive indefinitely without them. In the 20 years since 1995 the economy has grown by a little over 50 per cent, but the numbers of people employed in R&D have remained static – overall numbers have fallen slightly, numbers of scientists have risen slightly.

So with all this lack of investment, how does British science do so well? The answer lies in our history of scientific thought and development. As Paul Nurse has put it: “We are lucky that 350 years of groundbreaking scientific endeavour has given us a good head start.”

350 years ago takes us back to the start of the Royal Society, whose luminaries included the likes of Isaac Newton, Robert Boyle, Robert Hooke and Christopher Wren (architecture brought in the money, but Wren was also a professor of astronomy; the Monument to the Great Fire that he designed with Hooke was intended also as a huge telescope).

But rational and experimental thought in Britain goes back even further. In the 1620s Francis Bacon was experimenting with freezing food as a means of preserving it, for example.

For all the positives, all the progress, Britain is also becoming fertile ground for superstition and unreason. We have to face up to a few problems.

Problem 1. The rise of false science.

Green extremists, for example, often ignore science and seem to think they don’t even have to prove their case. Too often they are allowed to get away with it.

To many in the structures of the trade unions (admittedly, a small and dwindling number) it seems “obvious” that nuclear power is bad, fracking is bad, GM is bad, carbon production is Satanism, and so on.

Actually, most trade union members don’t agree, but their abandonment of the official structure of unions is leaving the field free for ultra-left and environmental cranks on the one hand and europhiliacs on the other – and creating a dangerous dislocation between unions and members that will damage recruitment and weaken the working class.

Briefly, some examples of unreason. First, the disaster – now being replicated in the US – of denying the effectiveness and safety of MMR vaccination. This leads to epidemics.

Third, the demonisation of GM, genetic modification. If you think GM is inherently evil, then what about artificial insulin? It’s all produced by genetic modification. As to food, well, it’s up to you what you put in your body, and labelling should say how food is produced. But don’t think being against GM means you won’t be eating genes: even an “organic” banana has billions of genes.

Fourth, and currently fashionable, anti fracking. Why do environmentalists hate it so much? Shale gas is less polluting than coal and oil. Why does the TUC call for a halt to fracking “unless proven harmless to people and the environment”? Science cannot prove a negative. If nothing is to be done unless it is “proven harmless”, we would never replace our current nuclear stations, develop new sources of power – or even build a new bridge. We would slip back into our pre-industrial past, when life expectancy in this country was 40. It’s now 80. The only scientific approach is to look at what we know, to calculate probabilities, and assess risk against benefit.

Here’s a reasonable risk benefit assessment of fracking. Risk: Too many uncertainties to quantify, but unlikely to be significant – and if so, it would be simple to stop it. Benefit: Enough gas to supply Britain’s current needs for 400 years.

The EU is trying to turn the universities and research institutes into its tame clients, and has been doing a pretty good job of it. Its new R&D programme, Horizon 2020, was allocated 79 billion euros over seven years, which is a lot of money (something like ten times Britain’s total annual government funding of science).

Our own universities, starved of funds here, are naturally eager to get on the gravy train. Some have developed entirely new business units to enable researchers to get hold of EU grants.

But it’s all our money in the first place, taken from our science funding, sent over to Europe, skimmed, and then doled back to us as some kind of Brussels bounty. Worse, the trend is to hand over increasing sums to the EU, the world’s ultimate capitalist club.

And then the universities get short-changed anyway. On 13 April, 50 (yes, 50!) of Britain’s top university staff went off to Brussels to lobby against stripping 2.7 billion euros of Horizon 2020 money and handing it over to the newly created EU investment fund. They could have saved themselves some money and stayed at home.

Capitalism is creating a country where profit comes from speculation, production is outsourced, and the rich thrive not by talent or industry but by appropriating from the poor and from the nation as a whole.

There’s no getting away from the fact that Britain’s scientific development is linked to industry, to production. Move the production abroad, and research will follow.

One in seven of the world’s top medicines was developed here. But the pharmaceutical industry is increasingly being lured overseas, either to the US, or to countries like Belgium because of the tax breaks, or to China and India.

Equally, scientists in Cambridge developed the technology that runs at least 95 per cent of the world’s mobile phones – but not one of the billions of chips a year used by mobile phone makers is made here.

Karl Marx knew the potential of science and followed its development keenly. He believed, too, that society had its own laws of development, its own science, just as nature does, and devoted his life to the elaboration of scientific socialism.

People talk about science changing the world, but of course it doesn’t. Only people can change the world, and they do it deliberately or not, with the tools they have to hand. Science and scientific thinking are part of that toolset, and the most important part at that. Religious thought, mysticism, and environmental extremism – anything that puts people last – are just part of the problem.

This article is an edited and updated version of the speech given at a CPBML public meeting in London in March 2015.

• Companion article: And the next generation?

Minerals and the future: the new dig for Britain
The genius of Michael Faraday
Science, technology and progress
Society and the Sun
The Earth and the Sun - shorter version