Seizing the future for Britain's workers 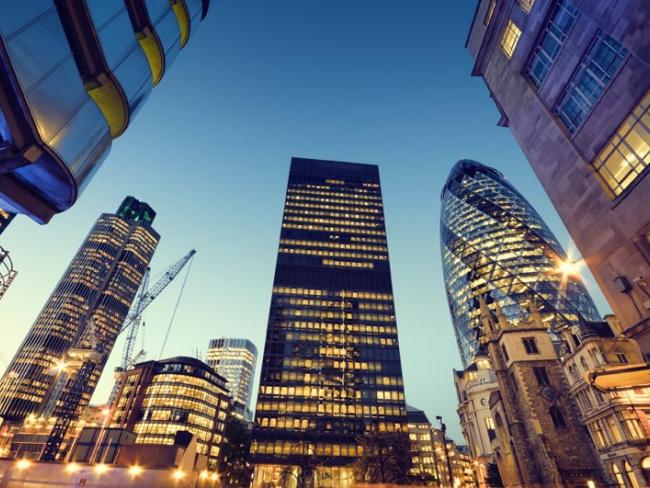 The cuckoo in Britain’s nest: too much of the economy is skewed by the overbearing power of finance capital, exemplified by the City of London. Photo r.nagy/shutterstock.com.

The Covid-19 pandemic has sent Britain into recession, with the economy shrinking by a whopping 20.4 per cent between April and June this year. National debt has reached record levels topping £2 trillion, and exceeding 100 per cent of GDP for the first time in over 50 years. This is hardly unexpected, given the lockdown, and shutdown of much of the country’s economic activity.

With life awakening from its enforced hibernation, there is much debate about what will happen next, with a broad acceptance that whatever follows, we will not be going back to what existed pre-Covid; there will be a new normal.

The question is this: Will Britain’s workers passively accept this “new normal”, or will they act to shape what is to come?

On a positive note, Britain has now formally left the European Union, and the ties of transition will be severed from 1 January 2021. So workers are faced with the prospect of being able to determine what the “new normal” will be without being dictated to by Brussels – a once in a generation opportunity!

The economic situation is obviously not a good one – but it was not good before Covid. Growth had slowed to a standstill in the last quarter of 2019. Britain staggered out of the financial crash of 2008 – and just kept on staggering.

It is looking like Britain has suffered a much greater slump than many other advanced economies, not quite as bad as Spain, but about twice that of Germany. Tellingly, Chancellor Sunak told the BBC that the British economy had performed worse than its EU counterparts because it was focused on services, hospitality and consumer spending. “Those kinds of activities comprise a much larger share of our economy than they do for most of our European cousins,” he said.

Personal debt is growing again at nearly £1,000 per adult per year, after having levelled off in 2008. Even before Covid a private house was unaffordable for many young people, throwing them at the mercy of private landlords whose housing stocks seem to be rising exponentially. Much of it is former council housing. Only around 10 per cent of people now live in municipal housing, down by over 60 per cent in the past four decades.

With young people, including graduates, forced to find precarious casual employment in what is described as the “gig economy” or in the low-paid leisure sector such as bars and restaurants, it is no wonder that homelessness is on the rise.

Wages were stagnating pre-Covid, Along with the growth of casual employment and zero hours and temporary contracts of employment, this resulted in an increase in the ”working poor”.

Under cover of an illusory prosperous City of London, the generally better paid jobs that were associated with manufacturing continued to ebb away.

By the end of August, at least 730,000 workers had lost their jobs since lockdown began. Ominously, a massive 12 million more are now being paid by the government through furlough and self employed support, with many unlikely to return to their former jobs. They anxiously await the ending of furlough in October, with the government being criticised for not extending the scheme, especially to help workers in areas like leisure, travel and tourism that are still restricted.

And in addition to those 12 million workers, the government is in effect also supporting the jobs of those in public transport – buses, trams, ferries and railways. Despite lockdown being eased, passenger numbers are still only around 25 per cent of pre-lockdown levels. Although numbers are steadily climbing, it may be years before they return to previous levels.

As spending has fallen, high-street retail has found itself under severe pressure as cheaper goods are offered online. This has resulted in a vicious downward spiral, as the rush for cheaper prices has fuelled further high street closures, with more largely unorganised, low paid workers in warehouse jobs and driving white vans with impossible delivery schedules. Covid has of course greatly speeded up this trend.

Since the 2008 financial crisis Britain has suffered a massive programme of cuts by successive governments.This has severely compromised the ability of both the NHS and social care, largely provided by local councils, to cope with a serious health emergency.

The NHS has seen the longest funding squeeze in its history, with nurses’ pay frozen and then capped below inflation leading to 40,000 nursing vacancies. A welcome rise in training applications is reported, but decent pay and conditions will need to be addressed.

Social care has been devastated, with millions of elderly people suffering as staff struggle to cope with very limited resources. This has taken its toll on professional social workers, the majority of whom are paid less than £10 an hour. Turnover is high, and there are 120,000 vacancies.

Meanwhile, many vital care staff are employed on casual and zero hours contracts, often effectively being paid less than the minimum wage. Standards in what are invariably private care homes are poor in many cases, and this is worsening. Small wonder that the pandemic has cut short the lives of so many elderly people.

This crisis is also becoming a housing disaster. The government suspended evictions of tenants in England and Wales, but this will end. A survey by homelessness charity Shelter indicated that more than 170,000 private tenants face eviction, while 230,000 have fallen into arrears since Covid appeared.

The threat of mass homelessness threatens to become a health and social care crisis all of its own, with the inevitable impact on the capacity of the NHS to deal with a possible second wave of Covid-19.

Although the last few years have seen a small increase in trade union membership, less than half the number of workers are unionised compared to 1979 when Margaret Thatcher was elected Prime Minister. And only about 20 per cent of workers have their wage increases determined by collective bargaining agreements.

The Covid-19 period has delivered many more members to trade unions. Many of those may have been put off by the pro-EU stance of most unions, but the need for a collective approach to managing the virus in the workplace, and also to addressing the pandemic’s economic problems has shifted the focus. Having joined, these new members will need to insist on something tangible.

The annual TUC Congress, too often a bland talking shop, is to meet “virtually” on 14/15 September instead of holding its usual annual delegate conference.

It will be discussing the Covid-19 crisis, unemployment, and pay. That sounds like a meeting far more focused than has been usual in the past few years on the crucial issues facing Britain’s workers. There will be lots of platitudes, but in all probability there will be few if any concrete proposals on those crucial issues.

Congress has in the past been the point in the year when delegates talked about their union’s visions of how much better their industries and the economy could be. Strategic thinking with clear ideas about the actions is needed.

Unite the Union produced its plan “Manufacturing Matters” at the end of last year (see Workers July/August). It implicitly rejects EU restrictions on state aid which are probably not going to exist after this year. It is a plan to rebuild Britain’s manufacturing base knowing that without it we will have no wealth and no products to trade with.

The TUC’s A Better Recovery report on the Covid-19 crisis published in May this year contained some pertinent observations, identifying some of Britain’s key problems.

The report highlighted the fact that the government was able to act relatively quickly and on a massive scale in the face of a national emergency that was compared to a war situation. That level of spending has illustrated that the means are available to borrow and spend if the political will is there. Of course, it is the workers that will have to pay it back!

The report rightly identified the fact that the best route out of the recession is to invest, a view that Boris Johnson has agreed with, promising spending increases on infrastructure projects in particular. We’ll see. Workers will certainly need to be vociferous in holding Johnson to his promises.

The report also observed that the ‘“Everyone In” programme that brought homeless people off the streets in a matter of days shows that homelessness is not inevitable.

The TUC noted that this period has put the world of work centre stage, showing who really keeps the country going - it is workers and their labour that create the goods and services that people need. The commitment of health, social care, transport, food and other essential workers to keep working while others stayed at home was inspirational.

The implications of home working on many areas of the economy are considerable.

Many still need to travel to workplaces but have been persuaded by government messaging that they are sure to get Covid-19 if they use public transport. So road traffic has returned to near pre-pandemic levels while public transport use is well below half of that – and may never recover.

‘The rail unions need to ask what is their vision for the railways under state control?’

Unions have a key role in the recovery phase in informing their members of the objective nature of the risks of contracting the virus and of the other risk factors they need to consider. A great example of this is the research carried out by the rail safety body RSSB. It has recently published findings which state that using a train, even with infection risks, is 25 times as safe as making the same journey by car, and a massive 400 times safer than cycling, the much vaunted alternative means of travel extolled by some as a result of the crisis.

The rail unions have for many years been campaigning for the railways to be returned to public ownership. Covid-19 has delivered the coup de grâce, with the franchise system effectively ended, and private companies now being paid a management fee to run trains under government control. It is thought that the government is likely to use the already state-owned Network Rail which is responsible for the tracks as the organisation that takes over the provision of passenger train services – a move that would simply not have been possible under EU law.

The rail unions need to ask what is their vision for the railways under state control? In whose interests should they be run?

All unions should ask this question about their sectors. What mechanisms can they use to influence the nature of the “new normal”?

The answer is simple. We must seize control of our workplaces and take advantage of the freedoms that we have now that the EU is an irrelevance.

Meet the new ‘mafia’ economics
Capital in the 21st Century: the film and the book
Rebuild the economy - create value
The search for profit - and the march to war
The truth about the Irish economic 'miracle'