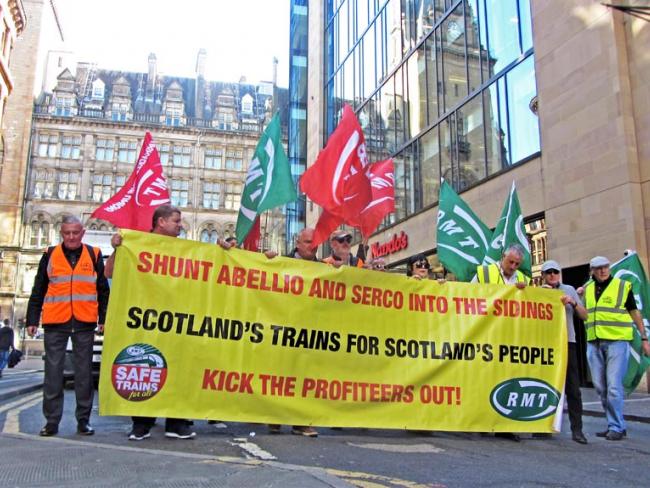 Despite the increase in their number of MPs, the Scottish National Party still does not command the support needed to win the second Scottish independence referendum it craves. The non-party political campaign Scotland in Union has pointed out that 54 per cent of votes in the December election in Scotland went to pro-UK parties. Together with polling data, it would suggest that separatism would again be defeated in such a referendum.

Nevertheless, the danger of a break-up of Britain remains. The SNP are now preparing the legal groundwork for a demand to the British Government for this referendum. Separatist marches and rallies are being planned beginning in Glasgow on 11 January.

As they focus on these goals, there is growing disquiet over their neglect of the “day job”. Workers from the Caley railway engineering works in Glasgow – which closed recently, ending 150 years of a rail industry – confronted SNP First Minister Nicola Sturgeon as she campaigned for re-election. EU state aid rules were cited as a reason for turning down assistance to the site. Mick Hogg of the RMT called it “industrial vandalism”.

Controversies over shipping and ferry services continue to stalk this SNP minority administration. Their Private Finance Initiative deal with Lloyds Banking Group has resulted in a final bill of £90 million to buy out the “superferry” originally priced at £43 million, that serves the essential Ullapool to Stornaway route.

After failing to support, and then taking over, Ferguson Shipbuilders in Port Glasgow, the administration still failed to commission new vessels needed for the shipping lanes around the Western Isles.

The West Highland Free Press (sub-titled “the UK's first employee-owned newspaper”) commented on the publicly owned CalMac suing their SNP owners: “Following legal action by CalMac, transport minister Paul Wheelhouse has been obliged to suspend awarding the Northern Isles contract to his preferred bidder, Serco (a private company). Both the defendants in that action will pay their legal fees with public money.”

Serco remains a prime target for the RMT union’s campaign against privatisation in the industry.