Small is independent: a nuclear future that works 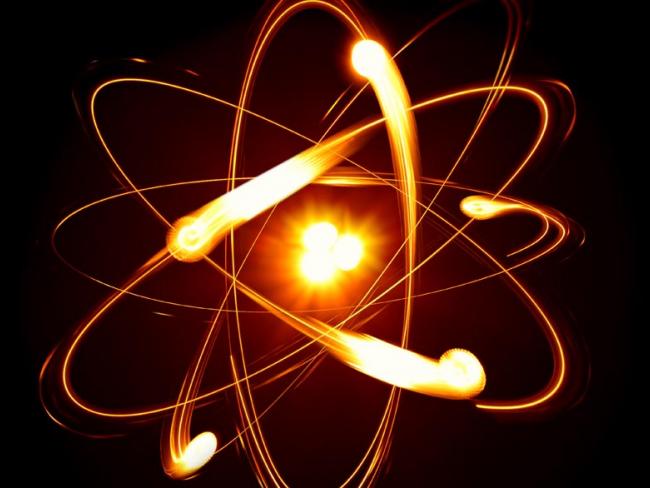 It’s simple: Britain can either develop new sources of nuclear power, or become ever more dependent on the US, China and the technologies they are developing. Fortunately, Britain has an answer in small modular reactors…

With COP26 over and the 200 countries involved making various pledges, the reality for the British working class is that Britain must invest in significant new power generation to support a modern economy.

The current drive to sustainable generation is falling short – as everyone knew it would. Yet the government’s target is that 100 per cent of our energy should come from renewable sources by 2035. Last year, Britain managed 53.7 per cent, including nuclear.

So far all the government has achieved in nuclear has been a raft of poor nuclear deals and ever-lengthening timescales. But without nuclear there is no chance of meeting the 2035 target. In 2020, nuclear contributed almost 19 per cent of all energy generated here (the figure excludes imports via interconnectors). And by the end of 2025 every single nuclear station currently operating is slated for closure.

It’s a global issue too. The vast majority of the world’s people live in countries where less than 15 per cent of energy is generated from low carbon sources, including Russia, China, and the whole of the Indian subcontinent and Africa.

While the COP26 discussions in Edinburgh were in full swing in early November, the Brussels-based Science|Business website reported on 4 November that Romania will be the first country to build a small modular reactor (SMR) nuclear power station – using US-designed technology from the Oregon-based company NuScale.

That report was swiftly followed five days later by an announcement from business and energy secretary Kwasi Kwarteng of £210 million in funding for Rolls-Royce to develop its existing SMR technology, with another £250 million expected from the private sector.

The money is part of the £385 million Advanced Nuclear Fund announced a year ago by prime minister Boris Johnson as part of his 10-point plan for decarbonisation. Around £270 million has also been confirmed to support the construction of Sizewell C, the large nuclear station in Suffolk on which tens of thousands of jobs depend.

But beyond Sizewell, the government announcement and the US move in Romania have put SMR back into the spotlight. As Workers wrote back in 2018, new SMR plants are the way forward to deliver a dependable supply of energy to add to the generation mix – and one that can stay online (the so-called “capacity factor”) for more than double the time of wind power or solar.

SMR stations are small in comparison to large nuclear plants, but they are not necessarily small in output. An SMR plant could, for example, power a city of a million people, the size of Glasgow. And while the new SMR is a clean sheet design, the technology is developed by Rolls-Royce based on well known and safe designs. Far fewer deaths relate to nuclear power generation than to most other types, especially coal and gas with their emissions of particulate matter.

Research published in February 2021 suggests a global figure of 8 to 9 million deaths a year from fossil fuels, with nuclear power generation responsible for a tiny number (and in a typical year, none).

There are, of course, potential hazards from the long-term radioactivity legacy that these plants create but the technology is being developed that will safeguard the waste. And to put that into context, waste from one of the upcoming generation of British SMR plants is forecast to fill one Olympic-size swimming pool over its lifetime of 60 years, according to Roll-Royce’s SMR chief Tom Samson in oral evidence to the House of Commons Industry and Regulation Committee in November 2021.

The Romanian plan is being promoted as a test of its contribution to climate mitigation. The White House said Romania would be taking a “huge technological” leap in the race to secure non-fossil energy provision in eastern Europe, with the new nuclear reactors helping to decarbonise the country’s electricity supply, which depends on seven coal-fired power stations.

The move will add to pressure on the EU to include nuclear in its list of sustainable technologies – and hence worthy of tax advantages for investors. But the NuScale technology is, as Science|Business noted, as yet unproven. And it is complex.

Engineers in Britain, meanwhile, have provided safe SMR technology for submarines for 60 years, and provided support to the civil nuclear energy industry. They are confident that there is more than adequate knowledge and skill to deliver a safe power station employing the much simpler British design. And Rolls-Royce’s Samson reckons that the company’s SMR stations could be available in under 10 years if ordered in the next 12 months.

With its simple core design, the British SMR should have less risk of failure than other designs. What’s more, it will be built in factories in Britain with highly skilled workers, but at low cost because the design is both simple and deliverable. Its output of up to 470 megawatts is also the largest in the world.

Regulatory approval is already under way with a process in Britain of Generic Design Assessment to ensure the highest standards will be met. British standards in nuclear are already the most stringent in the world.

All this will rely on the skills of British workers at Rolls-Royce manufacturing plants in Derby, Warrington and possibly Manchester (historically where Rolls met Royce in the iconic Midlands Hotel).

These will be employed to achieve production of SMRs that could also be exported. A tradeable item will be useful indeed for an independent Britain – and the Rolls-Royce SMR is, as Samson said, the only clean energy product Britain can export to help countries round the world address the transition to zero carbon.

Though the plants will be capable of producing 470 megawatts each, they could be smaller if required. That makes the British design both more powerful and more flexible than the American design offered to Romania, which will use six small reactor modules generating only 10 to 20 megawatts per module, and with a more complex design.

An added advantage is that the manufacturer will make, deliver, install and commission the plant without multiple companies trying to take a profit and arguing over specifications.

What does the British working class gain from SMRs? Up to 40,000 jobs are claimed to be possible when full production of two power stations a year leave the factories that will build them. Also a certain level of control because of local manufacture, but most importantly independence of energy supply. Samson also spoke of 80 per cent “UK content by value solution”, produced here in Britain.

The GMB union wrote to its members in October 2021 alerting them that as the legislation for new nuclear works its way through parliament, it may call on them to lobby their MPs and – “most importantly” – the labour movement as a whole to ensure that development takes place.

What would be the alternative? Another loss of control, reliance on either the US or China, and greater exploitation of the British working class.

• Related article: The best of times?