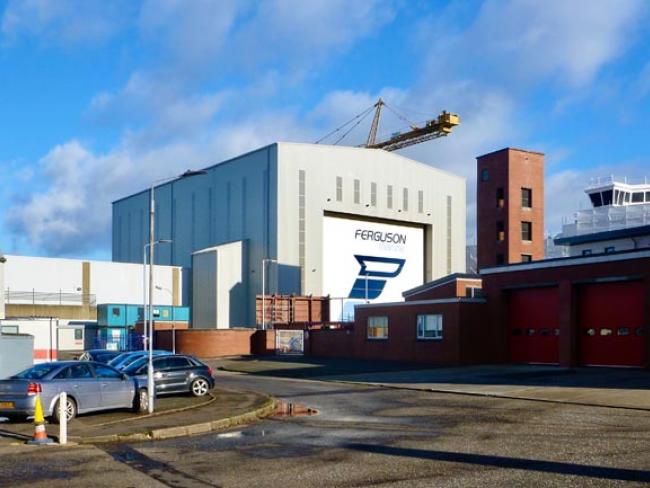 Ageing ferry ships that have provided life-line services to dozens of islands around the coasts of Scotland should have been replaced in 2018, but now the wait for them has been extended until at least 2023.

The cross-party Rural Economy and Connectivity Committee of the Scottish Parliament looking into the construction and procurement of ferries in Scotland published its report in early December. An angry response has followed from the Rail Maritime and Transport union (RMT) which represents the ferry workers, organising over 1,000 seafarers and shore side staff, mainly across the Clyde and Hebrides, Northern Isles and Orkney Ferries contracts.

The costs of the new ships have risen dramatically by three times the original estimates to over £300 million, with a delay in construction of over five years. The report criticises “the lack of robust due diligence” shown by the Scottish government-owned company, Caledonian Asset Management, which owns and procures ferries for CalMac.

It also condemns the “complete lack of transparency” on loans of £45 million made to the winner of the original £97 million contract, Ferguson Marine Engineering. The management of the process was a “catastrophic failure” according to the report.

Local businesses were left out of pocket when the company and its Ferguson Shipyard in Port Glasgow collapsed, with £49.8 million owed to the Scottish taxpayer. Jim McColl’s Clyde Blowers Capital, the former owner, and another secured creditor were owed £3 million. McColl had already rescued what was renowned as the last privately owned shipyard on the Clyde – and great plans were in hand to expand and preserve its operations.

The debacle forced the yard into administration, setting off a bitter row between the businessman and the SNP leadership. The collapse does not bode well for the British government’s recently announced 30-year vision for shipbuilding – a bold plan that cannot flourish on naval defence contracts alone.

Mick Cash, RMT General Secretary, commented: “This saga reinforces RMT’s position that vessel procurement and design will only succeed under full public ownership of Scotland’s public ferry contracts.” Taken together with the recent collapse of the Burntisland Fabrication offshore wind farm project, losing the taxpayer over £50 million, the SNP administration’s industrial record is in tatters.