Skip to main content
Home » News/Views » Struggle off the stage

Struggle off the stage 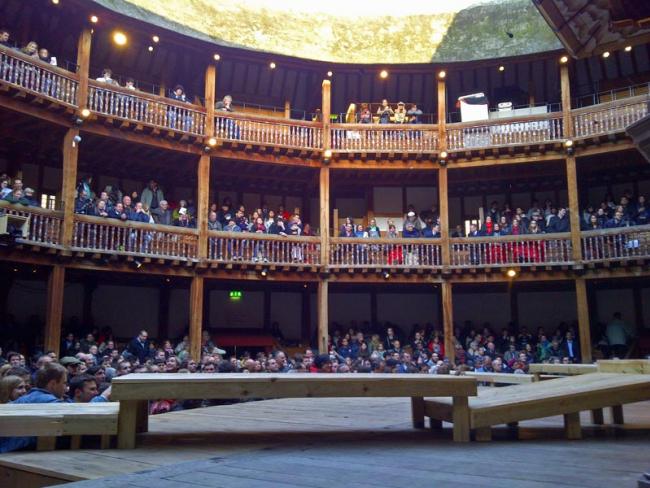 The Globe Theatre, London: drama off the stage as well. Photo Workers

In the theatre industry and elsewhere, management knows how to take advantage of staff commitment…

Action has concentrated minds on resolving some of the seemingly incompatible demands on theatre space, as well as throughout the building. According to one rep, from media and entertainment union BECTU, this could not have been achieved a year ago.

Considering that this was the first time the Globe tour guides had voted to go on strike, their action was commendably united. Management however had conducted a benchmarking exercise based on the “industry median” (mainly low pay), while ignoring the guides’ special skills, as well as the unique nature of the Globe itself.

The agreement, announced on 1 October, was for an increase of 3 per cent in pay, applied to all staff across the board regardless of skill level, including at the adjacent Sam Wanamaker Playhouse. Although it was well short of expectations, a ballot of members resulted in a 78.1 per cent vote to accept the company’s offer. Members are now deliberating how to build on their modest success at a future date.

The guides’ pay settlement is less than that of professional guides in the commercial tourism sector, yet their contribution to an understanding of Britain's greatest playwright is arguably of greater social value. Their specialist knowledge, practical skills such as crowd management and vocal delivery, as well as their investment in professional development, should attract a correspondingly professional rate of pay, but their freelancing style of work plays into the hands of the employer.

Unlike staff exclusively conducting the Globe’s educational tours, a number of the 38 guides are primarily actors, who tolerate a zero hours arrangement. This is seen to represent “flexibility”, allowing them to attend auditions, or to work elsewhere as guides or translators. In reality the main beneficiary is management; the guides’ availability for work at the Globe outstrips the number of jobs actually offered.

Many of those with language qualifications also handle foreign student groups and their teachers, in case translation is needed. Hidden aspects of their labour power (their capacity to generate profit) include promotion, sales and fundraising, street tours to the Rose Theatre (also situated on Bankside), costume dressing and printing press demonstrations. Such work involves the company in few overhead costs, but indirectly subsidises ambitious projects like the “Round the World Hamlet”.

Management takes full advantage of staff commitment to the Globe. A volunteering ethos deriving from its struggling origins holds back progress in today’s environment.

Opened in 1997, the Globe was the brainchild of Sam Wanamaker, the American communist actor and director, famous for refusing to testify against his fellow artists to the US House of Representatives Un-American Activities Committee in the 1950s. He subsequently found refuge in Britain (albeit under the watchful eye of MI5). Meeting official resistance to his plans for resurrecting Shakespeare's Globe, Wanamaker sank his own earnings into the project. He gathered around him a kind of cooperative dedicated to his vision, with no thought of putting profit before the playhouse.

It is very different today. Capitalism has been allowed to rampage. The world of the arts has become as cut-throat as the City, with managers putting their careers and bonuses ahead of public safety and satisfaction. Class interests reveal themselves in struggle: if we are to survive there can be no clinging to the illusion of worker and employer forming one happy family, including in the arts.