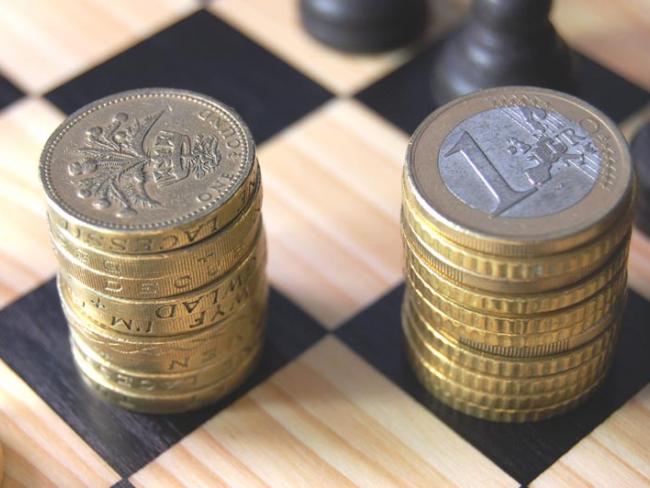 Britain has two closely related financial opportunities as we leave the EU. We will no longer pay into the European Central Banking system (ECB). And our own sovereign bank, the Bank of England, will no longer face legal constraints in financing our borrowing.

Over the past four years the ECB has embarked on a programme of quantitative easing (QE) to remove bad debt from the balance sheets of commercial banks on behalf of euro member states. But that debt exposure is still ultimately on the books of national central banks with Italian, Spanish and Portuguese debt most at risk.

‘The biggest monetary experiment ever conducted in modern history.’

In all £2.1 trillion has been committed to the purchase of government bonds; equivalent to 43 per cent of EU gross domestic product (GDP). Described as the biggest monetary experiment ever conducted in modern history, it is scheduled to come to a close at the end of 2018/19 when Britain legally leaves the EU.

And then the US central bank, the Federal Reserve, decided in September to again raise US interest rates. The knock-on effect for the EU has been dramatic. In the light of the increase in US rates, the share price of eurozone banks has fallen by about a quarter in dollar terms since January this year.

US companies have been repatriating dollars held overseas to benefit from better US rates. This has depleted the available short-term funding for banks in the EU. Eurozone banks including Deutsche Bank, ING Santander, Société Générale and BNP Paribas are all in a parlous state.

Britain’s current contributions to prop up these euro casualties are opaque because our “financial adjustment” is an EU treaty obligation – there is no parliamentary scrutiny or oversight.

In contrast, it’s as clear as day how our own domestic needs are constrained inside the EU. The Bank of England is not allowed to buy government bonds to finance our public sector borrowing requirement (PSBR). The PSBR pays for day-to-day public services in advance of year-end tax receipts. It’s a sort of pay day loan running currently at around £75 billion annually.

This year tax revenues will exceed the PSBR, as was usually the case in the early Blair administrations. Otherwise any shortfall in tax revenue is added to Britain’s national debt. However, the level of national debt has been manipulated recently due to the transfer of bad loans made by commercial banks over to the national debt through the Bank of England’s quantitative easing (QE) programme.

In 2007 Britain didn’t have much of a national debt at all at around 35 per cent of GDP. Due to QE this has since risen to around 86 per cent currently, still not high historically. In the early years after World War 2 the national debt was 250 per cent of GDP. That did not act as a constraint on re-industrialisation and the development of our public services.

A direct comparison between then and now is misleading, but the important political point is that a particular level of debt should not simply be seen as a means of suppressing a desire to re-industrialise and develop our public services.

At present finance to service the national debt is raised through the issue of government bonds (known as gilts, so-called because the first bonds had gilded edges). A high proportion is purchased domestically by insurance companies, pension funds, and the like. The taxpayer is liable for the yield in the form of interest payments.

Using student debt as an example, instead of students taking loans from private providers currently at around 6.3 per cent compound interest, the government could pick up the cost at 1.75 per cent fixed for a 30-year term. Applying these September 2018 long-term rates for a loan of say £40,000 for each student, the cost to the Government would be £61,000, the original loan plus simple interest over 30 years. The equivalent privateers’ cost is around £250,000, paid by the student.

The same principle can be applied to refinance our industrial base free of the EU constraint on state aid. It’s time to change the rules.