Skip to main content
Home » News/Views » For an undivided Britain

For an undivided Britain 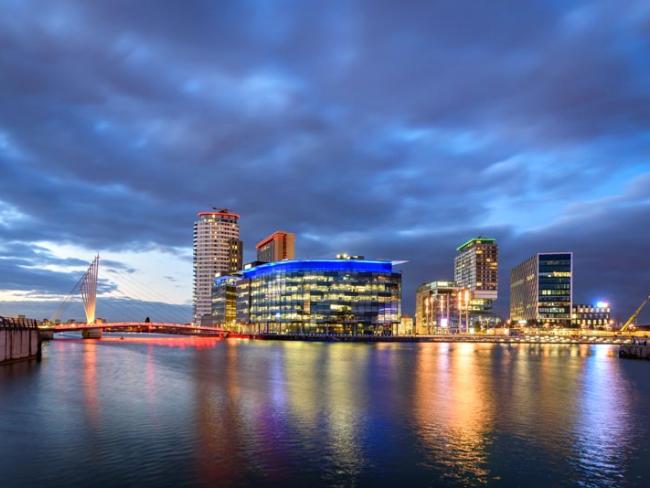 Proponents of devolution within Britain and surrender of sovereignty to the EU tend to go hand in hand. Tony Blair infamously said “We are the insurgents now”, referring to the cohort of “remainers”, striving to overturn the decision of the British people to leave the EU. One of the people he signed up as part of his campaign to save Britain from itself was soon to be ex-Conservative MP George Osborne.

This was no coincidence. As Chancellor, Osborne was a key architect of plans to fragment and divide Britain. He was also, of course, a leading advocate for the EU. He acts in the interests of big business, large corporations and the filthy rich.

A divided Britain is less likely to restrict their quest to maximise profit at the expense of people. Blair and Osborne make natural bedfellows. Each is contemptuous of ordinary people. Each champions “the market” and “free trade”. Both have been ruthless in imposing what they deem to be best – whether the rest of us want it or not.

The people of Greater Manchester did not ask for devolution. Nor have the people of other regions and cities been demanding “self-rule” and the inevitable extra tiers of politicians. When given the opportunity, people in England have voted against devolution. In 2010 Conservative MP Eric Pickles said, “We should recognise that the case for elected regional government was overwhelmingly rejected by the people in the 2004 North East Referendum.” (He was abolishing Regional Development Agencies at the time.)

Devolution was imposed on Greater Manchester. There was no vote, no referendum, no consultation, no parliamentary debate or other form of democratic scrutiny. Osborne held secret discussions with local politicians and then announced devolution as a fait accompli. Even the Parliamentary Select Committee for Communities and Local Government has expressed concerns about the manner in which devolution has been imposed.

"We have been struck by the lack of discussion and consultation with the public in areas which have proposed, negotiated and agreed devolution deals ... For devolution to take root and fulfil its aims, it needs to involve and engage the people it is designed to benefit. There has been a consistent and significant lack of public consultation, engagement and communication at all stages of the deal-making process.”

Parliament did pass an act last year rubber stamping deals already made about creating Combined Authorities (the cosy name for this carve up) – including Sheffield, West Yorkshire and Cornwall, and making it easier for others to follow suit. There were fine words about “transparency”, but no way for voters to resist these deals. There was no effective challenge or opposition to the new law and certainly no billionaire rushed forward to fund an appeal to the High Court!

Perhaps because local politicians were finally embarrassed about the undemocratic nature of devolution, Greater Manchester Combined Authority (created for the purposes of devolution) carried out an on-line consultation on DevoManc between March and May 2016. This was late in the day, to say the least. They’d already agreed to devolution and in April 2016 £6 billion of health and social care funding was devolved to the GMCA.

‘All 2.8 million residents of Greater Manchester were invited to say whether they agreed or disagreed. A grand total of 169 individuals chose to respond.’

Nevertheless, all 2.8 million residents of Greater Manchester were invited to say whether they agreed or disagreed with the devolution of powers from central to local government. A grand total of 169 individuals chose to respond. Many people are either baffled by the whole thing or dismiss it as a con trick. “We’ll be told we have to do more for less” is a common response.

Greater Manchester is made up of 10 local authorities or councils – Bolton, Bury, Manchester, Oldham, Rochdale, Salford, Stockport, Tameside, Trafford and Wigan. As with elsewhere in Britain, each council has had funding severely reduced; devolution does not change this.

For example, Bury’s central government funding has been cut by around 40 per cent since 2010, £65 million in the last six years. In December 2016 the leader of Bury Council said, “We estimate that Bury Council will have to make cuts of £32 million over the next three years in order to set a legal, balanced, and sustainable budget.”

His statement concluded, without explaining how the GMCA would bring benefits, “Devolution presents a significant opportunity, with considerable powers and responsibilities devolved to the Greater Manchester region through an elected mayor. Bury Council plays an active role in all GM-wide activity, and the combined capacity of Greater Manchester will be critical to delivering efficiencies for councils and partner organisations. We will look to take advantage of the best that Greater Manchester devolution has to offer as it develops, while ensuring that Bury retains its local character.”

It is little surprise that people are cynical about devolution. Yet it rolls on and with it the increased dismantling of Britain and of our ability to provide a national system of health care and other public services. It also paves the way for large private companies to further cherry pick the services from which they can profit.

Devolution isn’t going to go away of its own accord. The number of devolution proposals is growing. Local politicians for the most part have adopted a “me too” attitude, not wanting to be left out. And it’s not just England – one group in Scotland is now calling for Holyrood’s powers to be further devolved!

The election of a new mayor for Greater Manchester takes place in May 2017. Responsibility has already been devolved to the GMCA for a huge sweep of services: health and social care; transport; police and fire services; housing and planning; business and investment; skills and employment; energy and the environment.

So what do we do? For a start the workers of Britain need to take responsibility and to challenge the future that devolution will bring. Otherwise our country will be reshaped in the image of Blair and Osborne.

The Royal College of Nursing is determined to take responsibility for the area in which they work. They have accepted that DevoManc is happening and are calling on nurses to get involved in all opportunities thrown up by DevoManc to redesign health and social care services.

There is progress. The People’s Plan (peoplesplangm.org.uk), a loose organisation of individuals and groups concerned about the lack of democracy involved in the democratic process, is calling on Greater Manchester residents to get involved in the debate about what we want for the region.

We need a united and independent Britain – not a disintegrated country where we squabble among each other for resources.

There are allies within and outside of Greater Manchester. Some of them may be surprising. Theresa May has spoken of a broader “proper” industrial strategy, nationwide, rather than a regional focus solely on the north. And the green paper on industrial strategy published in January was the first positive step on that topic from government for many years.