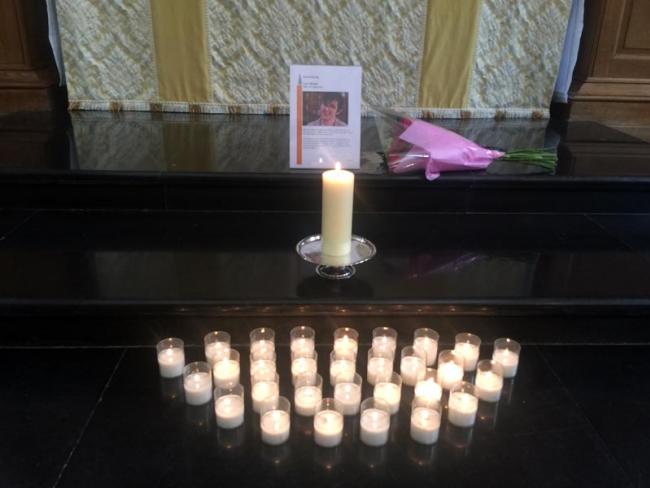 In an impressive display of trade union solidarity, members of the National Union of Journalists (NUJ) all over the country held vigils in and out of the workplace yesterday in memory of their murdered colleague and fellow NUJ member Lyra McKee.

NUJ members in Belfast formed a guard of honour outside the cathedral for the funeral service there.

In London a vigil at St Bride’s Church, Fleet Street (known as the “journalists’ church”) commemorated Lyra’s life with a reading of her letter to her 14-year-old self and poems by Keats and Shelley.

The NUJ’s website describes members at lunchtime standing with posters in newsrooms and on the streets from Orkney to Cornwall, including a large gathering in Glasgow. Union members in Doha and Beijing also held vigils.