Vaccines – lessons from the front 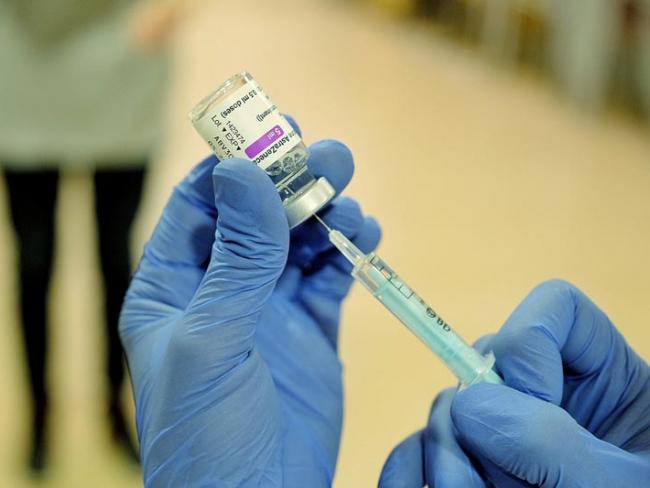 It’s been a year since Sarah Gilbert and Catherine Green’s absorbing and uplifting story of the creation, manufacture and testing of what has become known as the AstraZeneca vaccine first appeared. This paperback edition appeared at the end of May, with an additional chapter covering some of what happened in the intervening year.

And it’s a great read, not least because it shows the two protagonists as real people, juggling research needs with home life and lockdown while dealing with the unaccustomed spotlight of public and media fame.

Gilbert and Green, both Oxford University professors, were responsible for, respectively, the design and manufacture of the AstraZeneca vaccine against Covid-19. In this book they explain the how and the why. This they do with great clarity, never condescending but never assuming too much knowledge.

Actually designing the vaccine was fairly simple and astoundingly rapid.

But that speed didn’t come out of nowhere.

It was a combination of previous experience, designing a vaccine against Ebola virus disease in 2014, and a vaccine against a Covid-like disease of camels called Middle East respiratory syndrome (MERS for short).

That work resulted in a vaccine structure into which a particular gene sequence could be inserted virtually at will.

Once Gilbert and Green had the Covid virus gene sequence it was (apparently) simple to modify it so that our immune systems would find it more easily. It took just 48 hours from release of the genome by the Chinese authorities on 6 January 2020; they explain how in fascinating detail.

It took another 65 days to commission and have made the actual chemical construct (from a company in Italy) and then manufacture the first batch of vaccine. So what took them so long to get the vaccine into the general public’s arms – the first NHS jab was given on 4 January 2021?

There are two very different answers to that question. The first is that today’s systems of funding research and development and of testing vaccines and treatments take far longer than they need to.

The second answer is that 12 months from a gene sequence of a virus to deployment of a vaccine was at the time stunningly quick – no one had done it for any vaccine within two years at the least.

How they managed that rapid deployment forms one of the key threads of the story, and it’s one that shows research, development and regulation acting at its best. It begins with the team at Oxford, and the university itself, acting “at risk” – going full steam ahead with no guarantee of support from government or anyone else.

The Oxford team also managed to dramatically shorten the time to regulatory approval by working step by step with the Medicines and Healthcare products Regulatory Agency. Waiting until the end of the clinical trials and then dumping all the data on the agency would have introduced huge delays.

Even so, by the time the final stages of clinical testing began, the team had to scour the world to find populations with enough uninfected volunteers to take part. The process is going to have to speed up still more.

Another important theme is the role of information – or rather misinformation – during the pandemic. The authors deal, for example, with the surprising (and unsourced) story in a German newspaper that led some, including French president Emmanuel Macron, to say falsely that the AstraZeneca vaccine did not work in older people.

“At the same time, we all live and work in the UK by choice, and although I will not be happy if the government tries to take the credit, there is a lot about this country (the flexibility and creativity of the university, the cooperation of bioscience industry, the backbone of the NHS) that did contribute to the success of the vaccine, and I am proud of that.”

The new, final, chapter in the story up to April 2022, is wide-ranging, dealing with Omicron, vaccines and pregnant women, and the challenge of what Gilbert calls “Disease Y” – the next epidemic.

Disappointingly, there’s no comment in the updated version on two huge steps backward since the first edition: the shabby treatment of vaccine company Valneva in the autumn of 2021, and the sale of the Oxford Vaccine Manufacturing and Innovation Centre in April 2022 (see p13).

One lasting message from this book is that the current research funding system is totally inadequate to deal with the threat of novel viruses. It takes far too long to assemble the evidence that funding bodies need, and far too long for them to reach a decision.

That is going to have to change; the country or countries that do so first will gain a huge advantage. Britain would be well placed to be one of them, but that’s not guaranteed.

Back in June 2021 the government, looking to spice up its presidency of the G7, committed itself to a target of 100 days from identifying a virus to rolling out a vaccine. Gilbert has since reminded us of that target, though there’s been little (if any) action from the government other than pious statements.

With the pandemic pressure now receding and the government retreating from its commitments, it will need a concerted effort to ensure Britain takes proper advantage of the fantastic work of Gilbert, Green and their colleagues.

Vaccines plan in tatters
Covid-19 mandate mania
London on the front line in fight for public transport
Cuba ships vaccine to Venezuela, defying US blockades
Must health and care workers be vaccinated?