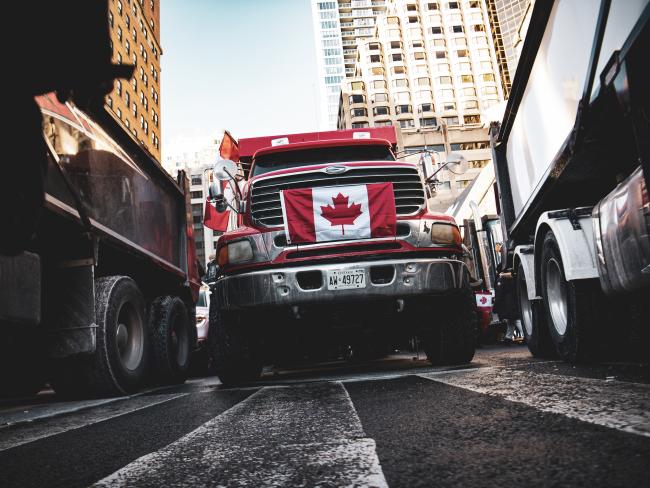 Over 10 billion coronavirus vaccination have been given worldwide, an unprecedented programme in both speed and scope. Some governments have sought to press harder, not necessarily those with the lowest vaccination rates.

Eleven of the world’s states including Italy, Austria, and Greece, have made Covid 19 vaccination mandatory for sections of the population according to age.

Other countries have made vaccinations compulsory for certain professions or introduced rules to restrict unvaccinated people from aspects of public life.

Over 80 per cent of the population of Canada are fully vaccinated, well ahead of the World Health Organisation goal of 70 per cent. But in January Canada introduced vaccine mandates for all federally regulated workplaces and employees including truck drivers crossing the border to the US.

This led to effective and widely publicised protests demanding an end to the vaccine mandate for truck drivers.

More than two weeks of blockades at border points between the US and Canada had significant impact on supplies and production. And the centre of Ottawa, the Canadian capital, was paralysed.

Then prime minister Justin Trudeau declared a national public order emergency. He has introduced powers including seizing vehicles and freezeing the bank accounts of protesters – and individuals who have donated financial support via internet crowd funding platforms.

Vaccines – lessons from the front
London on the front line in fight for public transport
Cuba ships vaccine to Venezuela, defying US blockades
Must health and care workers be vaccinated?
Bus drivers win victory over ‘fire and rehire’ [updated]