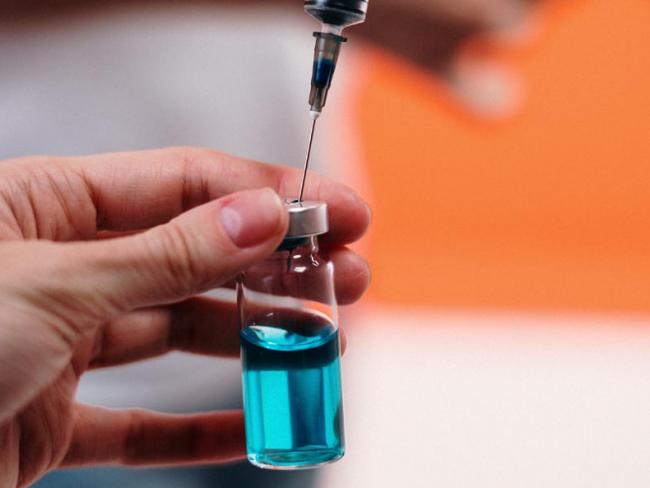 No one can say Britain wasn’t warned about its vaccine capacity, and yet very little was done…

“We need protection. Major epidemics and pandemics are not a thing of the past. A few years ago the threat of avian flu enjoyed a spell in the headlines. Public interest waned but the threat has not gone away. The UK needs the capacity and the speed of response to provide vaccines at the required scale quickly in an outbreak.”

That was business secretary Greg Clark, speaking in December 2018 at the launch of the Vaccine Manufacturing and Innovation Centre UK (VMIC). He pledged £66 million in government funding for the project.

It sounds like a lot of money, but the scientists involved had been hoping for more. “It’s probably not quite big enough, and it’s not built yet. For an extra £20m you could have got one that did what it needed to do,” Professor John Bell told The Times in March 2020 (as UK Life Sciences Champion he reports to the prime minister).

Progress has been slow – with hindsight, desperately slow. The ambition was only to have the first products emerging from the VMIC in the Oxford Science Park some time in 2022. And the scale of ambition seems slight, too: “The centre…is expected to create up to 50 jobs in the local area…” said UK Research and Innovation in a statement.

Clark spoke about developing a large-scale vaccine manufacturing capability, and the idea has figured in government reports. A working group has been set up. But there have been no reports of action.

And this in the country where the science of vaccines was first developed, by Edward Jenner at the end of the 18th century, and which used to have a thriving vaccines industry. When polio vaccination was introduced in the 1950s it was produced by two British companies, Burroughs Wellcome and Glaxo. Smallpox vaccine was produced by the Lister Institute at Elstree, Hertfordshire.

Now there is little left of a once large industry – just two small plants in Speke, near Liverpool, nowhere near sufficient to supply what is needed for Covid-19. GSK, the British-based company formed from the merger of Glaxo with SmithKline Beecham, is still a major producer of vaccines. But the vaccines it sells here are made in Belgium.

To underline the country’s dependence on vaccines from abroad, when the VMIC was launched, its industrial partners were two foreign multinationals: Janssen, a Belgian subsidiary of US corporation Johnson & Johnson, and another US corporation, Merck, Sharpe & Dohme.

And the good news that a Brighton-based startup company, Stabilitech, has gained funding from China to develop a vaccine against Covid-19 has been tempered by the realisation that it will be made outside Britain (probably elsewhere in Europe). According to a report in the Daily Telegraph, “Stabilitech fears that British families will be among the last to benefit from its treatment.”

Britain’s lack of vaccine production capacity could cost lives. A report in The Times on 15 March spelled it out: “There are concerns that drugmakers preparing to produce a vaccine for the coronavirus may not be able to meet demand, meaning countries with manufacturing plants could refuse to export to the UK.”

Finding a vaccine that works may prove difficult. Some 17 years on from SARS and 7 years after MERS there are no commercially available vaccines against these two coronaviruses despite numerous concerted attempts across the globe. If one was to be developed against Covid-19 the virus could still mutate, necessitating a new vaccine every season.

When he developed the smallpox vaccine Jenner was already a Fellow of the Royal Society, having gained election for a paper he wrote revealing how the baby cuckoo (and not, as previously believed, its parents) ejected its hosts’ eggs from the nest. He might, perhaps, have been quick to see how the cuckoo of finance capital has thrived by ejecting industry from Britain.