Skip to main content
Home » News/Views » We can make food safer: the responsibility is ours

We can make food safer: the responsibility is ours 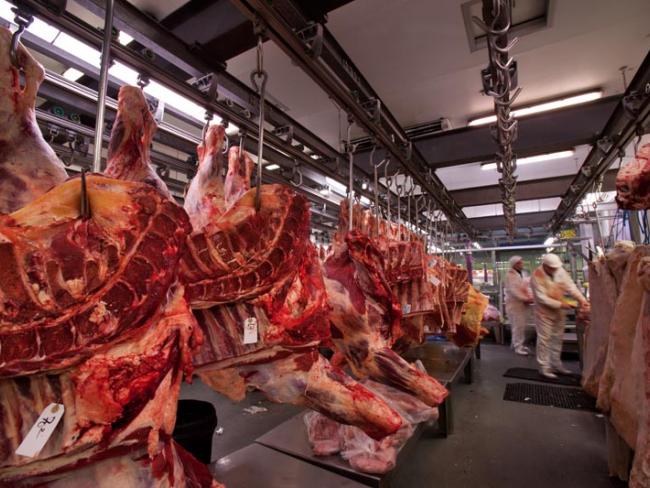 Food safety and animal welfare concern or even alarm many of us. But the public debate is misleading at times. The EU has no more interest in animals than it does in workers…

It’s common to be asked to sign a petition about deterioration in food safety or reduced animal welfare because of Brexit. We read many headlines such as “Brexit could be bad news for food safety, experts warn.”

The implication is frequently that the EU is the guarantor of food safety and animal welfare. But that just doesn’t stand up to scrutiny.

In the horsemeat scandal of 2013, equine meat labelled as beef entered the food chain across Europe. The House of Commons Select Committee on Environment, Food and Rural Affairs report on that incident was not critical of British or Irish producers. It expressed concern that the contamination was the result of fraud and other criminal activity across the EU.

Anne McIntosh MP, chair of that parliamentary committee, said: “The evidence suggests a complex network of companies trading in and mislabelling beef or beef products which is fraudulent and illegal”. EU regulations on labelling of food products were ineffectual; the free movement of goods was far more important.

But it would be a mistake to think that legislation and regulation is the guarantor of food safety. After Brexit we are still in capitalist Britain. As any worker knows, a capitalist – including those involved in food production – will be prepared to sacrifice safety for profit. It’s just that the EU makes it easier for them. The best defence of food safety will be the actions of those workers in Britain who produce our food and control imports.

But what we do as consumers of food will also have an influence. In any trade someone needs to purchase the products. There is no evidence that the British public is in a headlong rush to purchase more imported food since the referendum; quite the contrary.

Recently published YouGov research based on data taken after the referendum showed that the public seem to be more inclined to buy British food. Two-thirds of the respondents said they would prefer to buy British when they can. Maybe consumers have come to the unsurprising conclusion that knowing where your food comes from and eating food which has not travelled half way around the world in cold storage is tastier and safer.

This seems to be backed up in action. All the supermarkets have increased the visibility of their labels which indicate Britain as the source of a product – presumably responding to sales as well as the YouGov consumer survey. It would be good to repeat that survey for 2018 and assess the trend.

If the supermarkets themselves were keen to switch to cheaper imports (as they did with fresh milk) they would be changing their supply chains already. Instead there is more evidence of a policy to buy British and more local sourcing.

‘Britain, not the EU, will strengthen regulation of abattoirs in May.’

The last edition of Workers reported on the Co-op policy of only selling British meat and how they had worked with their suppliers to arrange that. Now Morrisons, which already sources around two-thirds of all their products in Britain, is undertaking a major project to make its products as local as possible. The emphasis is on reducing the distance products travel from farm to your plate.

Consumer activity can exert a small influence on food safety – for example insistence on clear origin labelling, how animals are reared and choosing to buy British. But what counts more is how we as a country set the standards for food safety now and police them.

In recent years the reduction in funding for the Food Standards Agency and for local authority environmental health officers have both had an impact on food safety. There is little point strengthening our legislation post Brexit if we don’t have the personnel to ensure regulations are adhered to.

Britain, not the EU, will strengthen regulation of abattoirs in May 2018. CCTV will be mandatory in all slaughterhouses in England. The veterinary profession fully supports that. Scotland is now consulting with a view to replicate the English legislation and a call has been made for Wales to follow suit. Businesses have six months to implement this legislation.

Such technology could also provide an opportunity to review the Official Vet (OV) role which is currently over-reliant on professionals from other EU countries.

The EU requires OVs on site to perform work normally of a statutory nature on behalf of an EU member state, often at public expense. In Britain we formerly had Local Veterinary Inspectors (LVIs).

But few UK vets wanted to undertake the OV role as a full-time job, and the expense of this system has made smaller abattoirs unviable. Historically abattoirs in the UK were numerous, local and accessible in every agricultural area. This meant that the transportation of live animals was kept to a minimum.

Now a big agricultural county like Pembrokeshire in South Wales has no abattoir. All animals for food consumption must be transported out of the county. If anything the situation is worse in Scotland. The abattoir on Orkney closed in January and others have closed since. Yet the Scottish Government felt it could not support a small unit on Skye because of EU state aid rules.

As well as the animal welfare considerations, there is the cost impact on small farms of transport and occupying their key worker for the best part of the day. And worse, small producers fear losing the market altogether.

One of the aims of a workforce study being undertaken by veterinary associations here is that “there should be an investigation as to why UK veterinary undergraduates are not attracted to careers in food safety and meat hygiene, and explore measures” to change that.

The British Veterinary Association (BVA) president speaking to a conference of vets earlier this year said,  “Salaries are really not high enough for the very skilled work they do. OVs have a very responsible job, and work in a very noisy and challenging environment. It is very hard work and they never get a chance to sit down.

“The training our European colleagues get has much more emphasis on abattoir work, so these people have come in, filled these posts and done an extremely good job.”

Do they really need an investigation to see why this role is not attractive? Pay, conditions and training would seem a good place to start. Does the introduction of CCTV in slaughterhouses also offer an opportunity to re-design this noisy job where the workers never get to sit down?

Environment Secretary Michael Gove has launched a call for evidence for a ban on live export of animals for slaughter after Brexit. This is further indication of a desire to raise welfare standards post Brexit. And it is likely to be popular with the public and the veterinary profession.

The context here is that each year over four thousand sheep are transported from Britain to continental Europe for slaughter. This is the proposal that will make the headlines. However, as part of the same process, the Farm Animal Welfare Committee has also launched a review of the existing welfare standards for animals during transport and this is equally applicable to movements between different parts of Britain.

So, do we dare to be different? We have a long tradition of higher standards and we should be even more ambitious.  We could design a new infrastructure and have smaller facilities closer to the farm. And the role of the official vet could be done differently – and properly rewarded.

• Feel free to respond to the call for evidence here.