Skip to main content
Home » News/Views » What is farmland for?

What is farmland for? 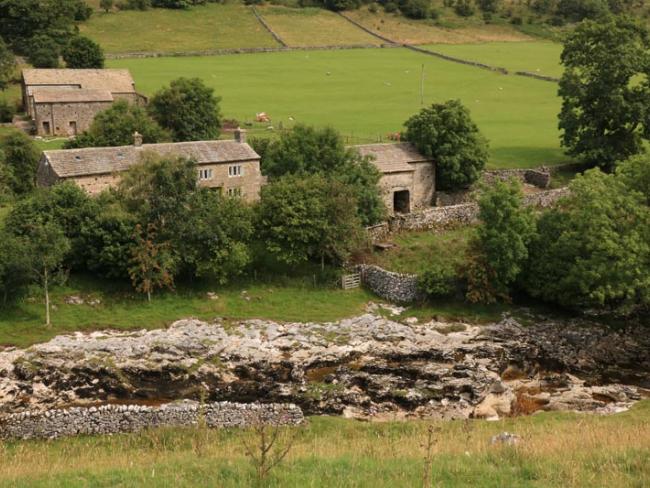 In October 2021 the parliamentary Environment, Food and Rural Affairs Committee report into the development of agricultural policy was extremely critical of the way that the Department of Agriculture and Rural Affairs (Defra) was managing the transition from the EU’s Common Agricultural Policy (CAP). The committee described it as a haphazard process with unintended consequences.

In January 2022 the Public Accounts Committee was even more damning; it bluntly said the government was endangering Britain’s food security. It also pointed out the lack of coherence in government's spending of the £2.4 billion on agricultural schemes it plans during each year of this parliament.

Productive farmland is under threat. Major companies are ramping up their “environmental” investing, as reported by the Financial Times in February. Savills, the estate agent, said, “There isn’t a company left in the UK not under pressure to reduce its environmental impact and its path to net zero. Farmland is part of the answer. It is no longer about food production.”

The rush to purchase farmland to offset environmental targets has already pushed the price of farmland in Scotland up by nearly one-third since the start of the pandemic.

Energy policy is also directly affecting farmland too. Solar farms take up lots of space. One of the largest is Mallard Pass beside the East Coast main line on the Leicester/Rutland border (see page 3). It will cover nearly 2,200 acres, roughly the area of Birmingham Airport.

Local people have quickly organised opposition, setting up an action group that questions the justification for taking prime agricultural land and also examines other aspects of the proposal.

No return to the CAP

Understanding about the threats to our food security is growing, but it’s not yet clear what can be done. No one is calling for a return to the EU’s CAP. That created many of the problems of soil degradation now seen in Britain and all over Europe, as well as butter mountains, horse meat scandals, and a system of payments that rewarded the biggest landowners.

The EU has moved on since 2016. Proposed changes to the CAP look as if they will lead to a reduction of food production – similar to the British government’s plans. Under the banner of a green agenda, that’s effectively a return to the infamous “set-aside” regime which paid farmers not to produce food for 20 years from the late 1980s.

Such plans will increase food imports by both Britain and the EU from areas with less control of pesticides and lower animal welfare standards, and will generate more unnecessary transport emissions. Trying to hit “green” targets in this way brings no benefit, only detriment, to climate and the environment.

First, we need a wider awareness of what is wrong with the schemes to replace the CAP. In particular the threat they pose to small-scale farms and to tenant farmers.

In England, the government has adopted the Environmental Land Management (ELM) scheme [see Box]. Its stated aim is to improve the environment by paying farmers for environmental benefits rather than subsidies based mainly on the amount of land farmed.

‘Amazingly food production is not included as one of the “public goods” of the management scheme.’

The government’s mantra is “public money for public goods.” Amazingly food production is not included as one of the “public goods” of this scheme! There are few details yet about exactly how ELM will operate and only small-scale Defra pilot projects. Yet the whole scheme is meant to be fully up and running by 2024.

Minette Batters, the National Farmers’ Union president, said in a Daily Telegraph interview in January, “This is a government that writes the press releases and then develops the policy. We don’t have the details; we don’t know what is expected of us. We don’t know what money we are going to get for what we are doing,”

Too few people in Britain appreciate how much of our food is produced by tenant farmers. The risk of the new scheme is that small owner occupied and tenant farms on tight margins could go out of business.

Around a third of agricultural land in England was rented according to Defra figures for 2017, the most recent year for which figures are available. About half of all farm tenancies, those granted before September 1995, have lifetime security. Older tenancies granted before July 1984 also carry succession rights for up to two generations.

Newer tenancies, called Farm Business Tenancies (FBTs), are far less secure; they can vary in length and have no succession rights. In time the newer type of tenancy will become more prevalent. This is important for the way that the ELM scheme is being administered.

George Dunn of the Tenant Farmers Association said in evidence to the PAC that many tenants in FBT agreements will not be able to participate in long-term environmental ELM schemes as 9 in10 new tenancies are for five years or less.

The devolved administrations in Wales, Scotland and Northern Ireland have yet to finalise their schemes. But the risk of landlords not renewing tenancies in order to gain access to grants is already evident. Larger landowners will buy up small farms, inflating prices, to apply for the schemes.

The National Farmers’ Union in Wales recently highlighted the need to protect tenants. And reported in The Times in early February, it talked of a private equity company systematically cold calling farmers in Wales offering to buy all their farming land to plant trees. They are aware of twelve farms in Carmarthenshire alone which have been recently sold to such “investors”.

Regardless of climate change policy, there is little apparent “public good” in paying subsidies that invite financiers and large landowners to take land out of food production.

'There is little apparent "public good" in paying subsidies to take land out of food production...'

In January the PAC recommended that Defra “…should urgently explain…showing its forecasts both for changes in land use and resulting changes in payments to farmers, how it expects its farming programmes to affect food production and farm productivity in England.”

This is an immediate, pragmatic demand which could unite farmers and food consumers in an important alliance. That would be a start towards a radical overhaul of the proposed farm payments system, placing food production and food security as the primary aims of agricultural policy.

All of the other environmental public goods can be compatible with food production if existing methods of sustainable farming and existing best practice in agro-ecology practised in Britain are extended.

Farmers are already saying this. The British public understands it too, according to Minette Batters. In her Daily Telegraph interview she spoke of the support of “the vast majority of the British people” for the farming industry, “They want to buy more British food. They value self-sufficiency and food security. We are an island nation with 60 million people, so why would we not take food security as seriously as defence? They understand that.”

Another beneficial change in policy would be to move from “land sparing” (separating productive and conservation farmland) to “land sharing”. Farmers point out that the government frequently talks about “land sparing” to meet environmental targets. That overlooks the track record of British farmers in combining food production with nature conservation.

Farmers argue that “land sharing” is a better concept, already being achieved on many farms. A study by Michael Lee, deputy vice-chancellor and professor in sustainable livestock systems at Harper Adams University, supports this. He argues that British farms can be both productive and beneficial to the environment.