When Britain ran its roads 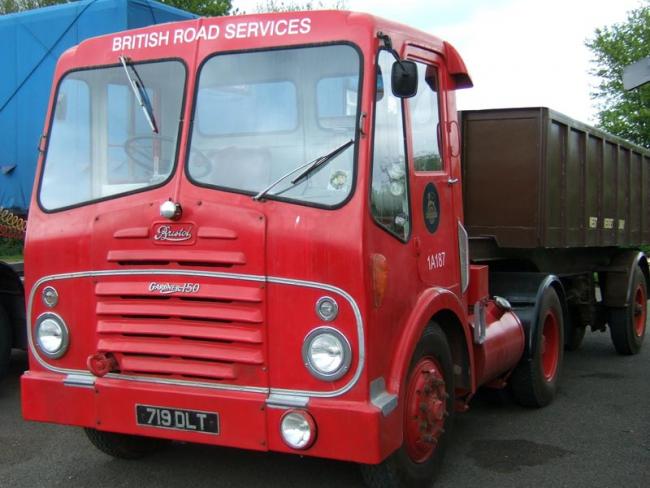 The railways weren’t the only transport industry nationalised after World War Two. Radical changes took place in transport as well. Long-distance road haulage, bus companies, canals and shipping ports were acquired by the state under the Transport Act 1947. Also taken over were the Thomas Cook travel agency, and the collections that became the National Railway Museum in York and the London Transport Museum in Covent Garden.

Planning and control had helped Britain win the war, and they were to help the reconstruction as well. All these transport modes were handed over to a new British Transport Commission, which was responsible to the Ministry of Transport for general transport policy.

These changes took effect from January 1948 as part of the nationalisation agenda of Attlee’s Labour Government. They were very much in tune with a widespread postwar desire to transform British society from the 1930s private enterprise slump.

The British Transport Commission was an ambitious scheme to create a publicly owned, centrally planned, integrated transport system. Different modes of transport were to be coordinated to cooperate and supplement each other instead of competing. This was to be achieved by means of fare and rate adjustments.

That was the theory. Yet in practice, very little integration ever materialised.

There was a Road Haulage Executive, which operated under the trading name of British Road Services (BRS). It took over the road distribution assets of the railway companies and began the process of nationalising road transport firms. Haulage firms working in a local radius of up to 25 miles and certain specialised firms were excluded.

From 1948 to 1952, RHE acquired 3,766 undertakings with 80,212 staff, 41,265 vehicles and 1,000 depots. These developments built on wartime experience: in 1939 all road vehicles had come under the control of the Emergency Road Transport Organisation and were directed to the needs of the war effort.

BRS instituted many working improvements, including better pay and working hours closely regulated by management and unions. The Transport and General Workers Union was strongly organised in the firm. Drivers were allowed enough time to do the job working in well maintained vehicles, and every kind of support was readily available.

Better vehicles were introduced, such as the Bristol eight-wheeler. Its 32-gallon fuel tank allowed it to travel between any two depots in the land. BRS vehicles were also the first to have cab heaters, proper radiator blinds and a decent working environment for the driver. The big square cab of the last model Bristol was state of the art. BRS went on to work with Scammell to produce the Crusader. For many years its trucks had an iconic red livery.

The road haulage industry bitterly opposed nationalisation and found allies in the Conservative Party. The Road Haulage Association had set up a Fighting Fund in 1945 to keep road haulage in private hands. Haulier company owners knew they would lose their “freedom” to squeeze every penny out of poorly maintained, worn-out vehicles and hard-pressed drivers.

Hauliers relied on keeping wages down, so drivers worked long hours to make up their wages. In 1948 there was a huge anti-nationalisation campaign run largely by haulage owner Henry Dutfield, who despatched van-loads of petitions to Downing Street. It turned out that at the same time he was organising the takeover of his firm on favourable terms – he finished up on the Road Haulage Executive.

Up to 1951 all the political parties largely accepted major state intervention. The election of the Conservatives in 1951 broke the postwar consensus. The new government accepted the continuation of most of the state-controlled sectors, but made denationalisation of the road haulage industry its first objective.

Large pro-nationalisation rallies in 1952 opposed the proposed return of road haulage to the private sector. But privatisation  and deregulation followed with the 1953 Transport Act, although a slimmed-down BRS continued to operate as a state-owned company.

The still heavily regulated railways and buses were left under the control of the British Transport Commission. Private road haulage companies were then freed to pursue carriage of the most profitable traffic.

Rail kept its “common carrier” burden, meaning it had to provide a public service without discrimination and could not refuse unprofitable business. And they were specifically prevented from operating road haulage services to railway depots.

BRS remained larger than any private firm even after the culling of denationalisation. With 8,000 vehicles, it continued to make profits up to the early 1970s.

The incoming 1979 Tory government wanted to get back to the pre-1948 exploitative laissez-faire attitude. BRS, renamed National Freight Corporation, was one of Thatcher’s first sell-offs in 1982. The company is still in business. But decades later we still have no integrated transport service. Movement of people and goods remains at the mercy of private profit.

Transport is of pivotal importance to society. In the wrong hands it can be used against workers, as in Chile in 1972. And private haulage firms were used to ferry scab coal during the 1984-5 Miners’ Strike. Yet in the right hands road haulage is a force for economic good, a vital distributive link within an integrated transport network.

For more historical details on road and rail in the postwar decades, see Workers May 2011.

Financial distortions in the NHS
Poll finds support for public services
The costly failure of privatised water
How privatisation is pushing rail to the brink
Stop the rail sell-offs!