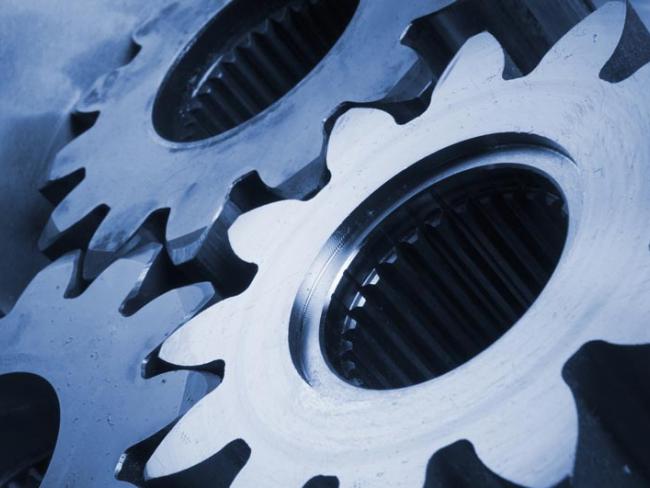 It seems we are not in a post-industrial world after all. Throwing off the shackles of the EU has created an exhilarating climate in which all kinds of people are re-imagining an industrial Britain.

Following on the government’s Industrial Strategy and the Steel 2020 report, the Industrial Communities Alliance (ICA) presented its own strategy at a meeting in Portcullis House, Westminster, on 15 March.

The Alliance was formed in 2007 to campaign on behalf of local authorities in the industrial areas of England, Scotland and Wales, and its 10-point plan has as much a regional as national emphasis. It has also produced a “Post-Brexit Regional Policy” with proposals for converting EU structural funds into British finance for industry.

The Alliance points out that George Osborne’s “march of the makers” hasn’t happened. Living standards are sustained not by trade, but by debt and the sale of British assets to foreign investors. Neglect of Britain’s industrial base is the reason why Britain finds itself in an economically precarious position.

The Westminster meeting showed that at this point in our national history the initiative is with the government, not the labour movement, which remains paralysed with self-inflicted “uncertainty”. The TUC representative at the meeting appeared trapped in mourning for the Single Market and struggled to focus on manufacturing other than in the limited field of renewables. But steel is about more than wind turbines.

‘The TUC representative appeared trapped in mourning for the Single Market.’

Echoing the paralysis, Labour’s Chi Onwurah seemed preoccupied by “the right kind of devolution” and the horror (as she sees it) of a “no deal Brexit”. And turbines again... She dismissed industrial strategy as a “buzzword” – and this from the Shadow Minister for Industrial Strategy!

The ICA itself (mainly local authorities and academics) is timid on public procurement and aid to industry. Restrictions on state aid are to vanish along with the Single Market. “Buy British” and “make it here” should be proclaimed from the rooftops.

Yet the Alliance instead persists in bowing to EU competition rules, discussing what is “allowed” under the rules. Strategic thinking will be held back until policy makers have weaned themselves off their dependency on Brussels.

It was left to Conservative MP Nick Hurd to pose the difficult questions we all have to think about: he warned of the continuing need to assert the importance of industry in the face of resistance from several quarters.

Hurd described Brexit as “a cocktail of risk and opportunity”; referencing the automotive sector and the shift in technology (autonomous vehicles), it may be a case of not how or why, but whether we drive; regarding skilled jobs and a digital economy, what is our answer when at Siemens turbine factory in Hull, 27,000 applicants chase 1000 high-value jobs?

Wages are stuck. Is the only answer to close the productivity gap between sectors and regions? Both transport and energy infrastructure have been neglected, but the move to clean power comes at a cost – it must not cost jobs.

The Engineering Employers Federation Chief Economist, Lee Hopley agreed that innovation will be key to a new industrial revolution. New technology has to develop the supply chains as much as core manufacturing. The government, she said, must focus on skills, infrastructure and the science base. Infrastructure upgrade should include new power stations, reliable cheap electricity, investment in rail freight, flood protection and super-fast broadband including in smaller towns and rural areas.

The ICA argues for a broad-based strategy for the country as a whole, not just “fashionable” high-tech. There is more than a hint that some would rather talk about local regeneration than a national plan, especially when it comes to finance.

It puts its finger on one of the central problems: “The relationship between British banks and British industry is the enduring tragedy of the British economy.” And it claims to be able to “face down” the banks. Yet it rejects the obvious remedy – a national investment bank dedicated to the needs of the British people.

It has its excuses ready: “[A national investment bank] would let the other banks off the hook.” The Engineering Employers Federation agrees. Its excuse: “It’s too soon after 2008, the country is not ready to make the move to such a big institution.”

This is not “challenging investment behaviour” – it is protecting the levers of capitalism.

That said, the Regional Policy document itself is more forward looking in spirit. A “harder” Brexit “is likely to mean greater freedom from EU rules and the opportunity to make a fresh start”, it acknowledges, adding, “Departure from the EU provides a unique opportunity to redesign and strengthen regional economic policy.”

Summing up the meeting, chair Stephen Kinnock was determined to be positive: a corner had been turned to get industry on to the agenda. New partnerships must now be forged to focus on manufacturing.