Battle ahead for the future of Britain's rail system 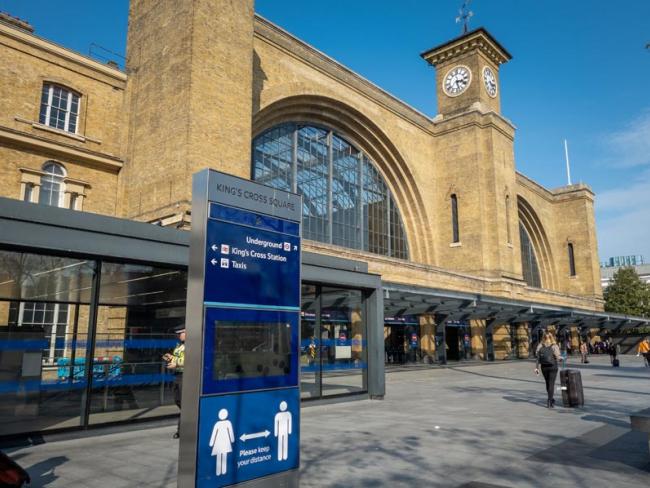 Never waste the opportunity of a good crisis. So runs the capitalist mantra. Now the government and private operators have seized on the pandemic as an ideal time to cut down on costs and boost profits. A huge battle beckons…

Rail unions and their members are bracing themselves for a huge political and industrial battle as the detail begins to emerge about the government’s intentions for the rail industry following the publication of the somewhat vague Williams-Shapps report in May.

The rail unions were worried that the government would use the structural changes in the industry flowing from the report as cover to attack jobs, pay, pensions and staff travel benefits. Those fears were enhanced by industry insiders who more or less confirmed that preparations are being made to take on the unions.

Lockdowns instituted in response to Covid-19 saw rail passenger numbers collapse. As the restrictions have eased, passenger numbers have drifted back up, with strong leisure travel pushing usage figures for August 2021 up to around 60 per cent of that of February 2020, immediately before Covid-19 struck. With many on holiday in August, the number of passengers travelling on business or as commuters is always less than in February.

September will see passenger numbers rise as workers return from summer holidays, but more significantly in many cases they are returning to work in offices now the requirement to work from home has ended. It is clear that there will be fewer commuting journeys in the future as at least some workers spend more time working from home, but the extent of that remains unclear. Business travel remains depressed, and will be for a while.

Rail minister Chris Heaton-Harris, asked in August if he expected passenger numbers to return to pre-Covid levels, said: “I think we will but I don’t think there’ll be the numbers at the same times of day that there used to be.”

He confirmed that leisure travel was “recovering strongly”. He went on: “Probably for the first time in the railway’s history you’re getting as many people travelling on Saturdays and Sundays as you are during the week, and in lots of places more.”

But more ominously, he talked also of “sweating the assets” and having to be “flexible and innovative”. The rail unions and many in the industry will see this as a poorly disguised reference to cuts, with the industry’s biggest asset, the staff, doing more for less.

Heaton-Harris went on to state that “rail has to compete for its market”. The problem is that as so often in the past, rail is fighting for market share with one arm tied behind its back. And at the moment, it looks like it will have the other arm tied as well as both feet.

There is an understandable reluctance among many to be in crowded spaces, one reason why cinemas, for example, are still only seeing 50 per cent of normal trade.

But the suspicion is that the government is deliberately choking off demand for rail travel in order to justify its cuts agenda. It has failed in any way to encourage a return to the use of public transport, including rail. Indeed, it still sends out messages that suggest rail is not safe. And there are predictions that rail fares are going to be jacked up by the government by nearly 5 per cent, which will put off even more from using trains.

There is a strong demand for travel. Car use in August was 111 per cent of that in February 2020, before the lockdowns and restrictions. Second-hand car prices have increased sharply as many are turning to what they see as the safer option of travelling alone. But that perception is misplaced. Travellers are 25 times as likely to have an accident on a car journey when compared with rail.

Research by rail safety body RSSB has shown the risk of contracting Covid-19 while travelling by train is about 1 in 11,000 journeys. This is equivalent to a chance of less than 0.01 per cent, based on an hour-long train journey in a coach with no social distancing or face coverings.

The report also shows that the risk more than halves if passengers wear a face covering. The RSSB’s findings have been verified by the Chief Scientific Adviser’s team at the Department for Transport in collaboration with the Defence Science and Technology Laboratory.

Many fear that if commuters spurn trains they perceive to be unsafe and turn instead to the car, there will be massive traffic congestion and much greater levels of pollution, already at dangerous levels in many cities.

The chief executive of Campaign for Better Transport, Paul Tuohy, said: “If this shift towards car use becomes entrenched, we will see increased carbon emissions, air pollution and traffic-clogged streets.

He called for a freezing of rail fares for next year, and went on to state: “We really need to rebalance pricing towards greener modes: it makes no sense that bus and rail fares continue to rise while fuel duty for drivers has been frozen for a decade and the government is considering cutting air passenger duty.”

The so-called safe and healthy option of cycling has been shown to be anything but. Many more are now cycling to and from work, but at what cost? Cycling has been shown by the RSSB to be 403 times less safe than rail – and that doesn’t account for the increased exposure cyclists have to traffic fumes. And how many will still find cycling attractive in the depths of winter?

For those who cannot afford cars, or are not physically up to cycling, rail is the only option – but it may become somewhat less attractive than it is now as services and frequencies are cut.

It beggars belief that even state-owned rail freight company Direct Rail Services is seeking volunteers to leave instead of looking to exploit opportunities to reduce reliance on diesel powered lorries with their attendant emission issues. The growing, serious shortage of HGV drivers presents just such an opportunity.

But government policy is to cut services and staff. Publicly owned Network Rail, clearly under direct instruction from the government, has launched a less than generous voluntary severance scheme for its staff whilst publicly talking in terms of axing between 4,000 and 9,000 staff.

Network Rail was accused by the unions of jumping the gun, as it had previously been agreed that Network Rail would launch a voluntary severance scheme at the same time as the train operating companies. The companies have confirmed that they have no intention of following Network Rail’s lead any time soon.

Pointing to rail minister Christopher Heaton-Harris’s statement that he expects passenger numbers to return to pre-Covid levels, RMT General Secretary Mick Lynch said: “…there is absolutely no need for the government or the employers to be pressing for service and job cuts across the train operators, TfL (Transport for London) and Network Rail.

“Instead the government should be promoting the railways and the growth of public transport use while at the same time securing green jobs in a new, low carbon economy. No employers or politicians should be using Covid as a smokescreen for cuts on the national railway and Transport for London.”

The RMT said that the proposed cuts would “seriously compromise rail safety as key teams and functions are diluted and taken apart”. White collar union TSSA’s general secretary Manuel Cortes agreed, saying: “Network Rail’s kamikaze approach to job cuts is a disaster for the safety of our rail network.

“Our union won’t sit idly by whilst the already-heavy workload of our members – who will remain within the company – becomes intolerable after these cuts. That would pose a major threat to their health and wellbeing, as well as the safe running of the railway.”

The TSSA is in dispute with Network Rail as a result of the company’s failure to discuss and agree criteria for acceptance of applications to leave under the voluntary severance scheme, and guarantee that workloads will not increase for staff that remain employed.

Cortes said, “Network Rail’s handling of the industry wide Special Voluntary Severance Scheme (SVSS) has been chaotic and incompetent from the start. They’ve written to their staff looking for volunteers to go – and talked to the press - without first identifying which parts of their business can afford to lose staff, or where they need to keep them. That’s no way to run a business.”

The RMT is also committed to a campaign of opposition to proposals that it says would decimate the industry at a time when it needs to be building for the future.

Both unions have threatened to ballot their members for industrial action to defend affected members, if necessary.

Throughout the Covid-19 pandemic most rail staff have received no pay increase. This was driven by the government which justified the pay freeze by pointing to the collapse in passenger numbers and therefore revenue.

While many staff have acquiesced in the pay freeze, the government should not assume that this will continue as the industry recovers. Members will be even less disposed to pay restraint following the payment of huge dividends to rail and bus giant First Group’s shareholders, which was described by RMT as “pandemic profiteering”.

The company announced a £500 million dividend bonanza to shareholders and then boasted of more to come after receiving extra subsidies to run services during the pandemic lockdown. And the sum was increased recently when the company pocketed an unexpected £50 million after agreeing with the government to terminate its TransPennine Express franchise.

FirstGroup told shareholders that the new National Rail contracts where the government (that is, the taxpayer) will shoulder all of the revenue risk will “support attractive dividends.” RMT said that the contracts were “ushering in a new era of risk-free profiteering”.

There is little doubt that other private operators will be similarly enthusiastic about the risk-free profits to be made under the new contracts while the staff are expected to accept pay freezes, increased workloads and lower pensions.

Many staff across the rail industry are members of a defined benefit pension scheme. A rapidly dwindling number of staff who worked for British Rail before privatisation were given legal protection and therefore have the legal right to such a pension. Most staff in both train operating companies and Network Rail are in defined benefit pension schemes, but without legal protection.

The private train operators have long sought to persuade the government to do away with defined benefit pensions and replace them with much inferior defined contribution schemes, a prospect that looks increasingly likely as part of the restructuring of the industry. While those without legal protection are clearly an easy target, laws can be changed to target ex-British Rail staff too.

There are also rumours that the government wants to cut deeply into the amount of free travel granted to ex-British Rail staff.

So much is at stake as the attacks intensify, and rail staff and their unions will need to prepare for what may be long, bitter and painful battles ahead to defend their industry and their pay, terms and conditions.