Bluff and bluster from Holyrood 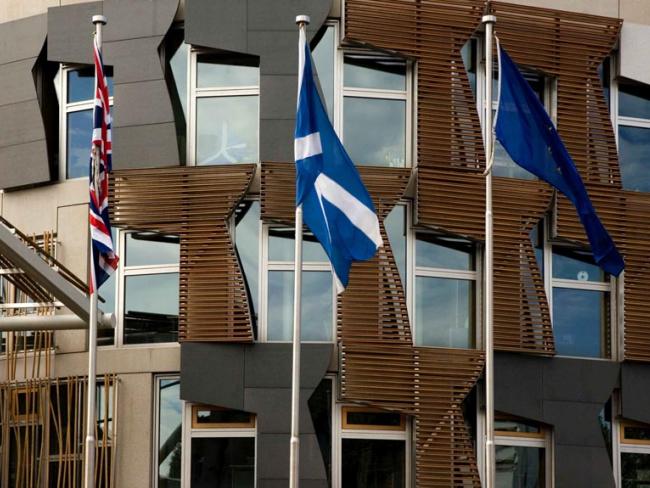 Conveniently forgetting that over a million people in Scotland voted to quit the EU, SNP leader Nicola Sturgeon now is now threatening to veto our leaving.

On 26 June Sturgeon said that the Scottish Parliament could block our exit from the EU. This is bluff. She knows quite well that Holyrood does not have the power to block Brexit. She says that her 1.6 million votes should overrule Britain’s 17.1 million votes for leaving the EU. Even Alex Salmond says that she has no veto over leaving. Who does she think she is?

The SNP is the most divisive element in Britain. When Sturgeon says, as she did on 26 June, “The UK that Scotland voted to remain within in 2014 doesn’t exist any more,” this too is wishful and destructive thinking.

“You cannot have a part of a territory apply for membership.”

The facts are clear. The European Parliament Research Service says that if Scotland voted to leave Britain, it would have to reapply for EU membership. A “part” of a member state “cannot … remain in the EU if the member state itself withdraws.” Another EU source is reported as saying, “Article 50 is the only legal mechanism to withdraw from the EU – and this refers to a member state.” “The rule is that you cannot have a part of a territory apply for membership.”

The oil price has crashed and shows no sign of returning to the $110 a barrel used in the SNP “White Paper”. Revenues for last year (2015-16) were forecast by the Office for Budget Responsibility to be £130 million, down from £2.2 billion the previous year and far from the £7.5 billion SNP forecast.

Scottish government figures show that £15 billion more is spent on public services in Scotland than is raised in taxes. So if Scotland left Britain it would lose this £15 billion, equivalent to 14 per cent of its GDP.

Scotland would also have to pay around £1.5 billion a year to the EU (its share of the British contribution minus the rebate, which would vanish together with our membership). So the SNP call would be to vote for independence and be £16.5 billion poorer, oh, and lose the pound and join the wonderful euro as well.