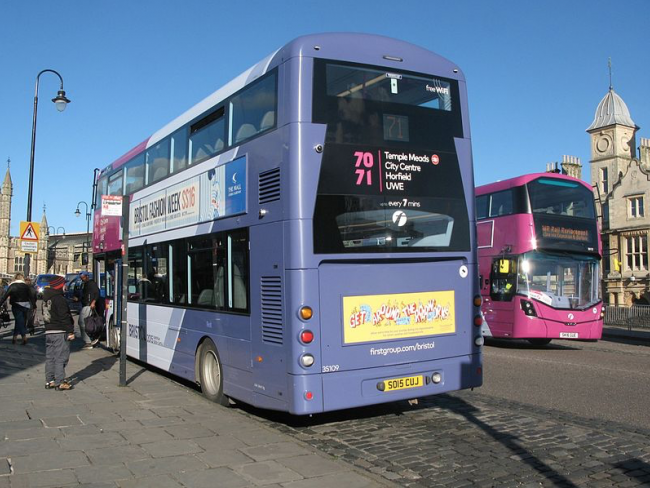 Members of ACORN (The Association of Community Organisations for Reform Now) marched from Bristol Temple Meads to Bristol’s metro mayoral offices in Redcliffe on Saturday 5 September to call for cheaper ticket prices and better services from the City’s buses, an action that gained broad coverage in the local media.

In a statement, Acorn said: “Acorn is campaigning for Bristol buses to be taken into public control by calling on the Mayor of the West of England Combined Authority (WECA) to engage in consultation for a franchising model.

“This would allow Bristol to regain control of routes and timetables. If we control our buses, they could work for us, not First Bus shareholders.

“Outside London, bus services have been deteriorating for years. Local authority funding has steadily declined, drivers’ pay has been reduced, whilst average ticket prices have risen 35 per cent above inflation since the 1980s.

“People are rightfully angry and we are doing something about it.”

Acorn is now asking WECA mayor Tim Bowles to meet the group’s representatives before the end of September to discuss public control of our buses. It also wants the mayor to launch an investigation and consultation as a first step to introducing a franchising arrangement so we can control the routes, fares and timetables of our bus services.

Acorn is also calling on the constituent authorities of WECA (Bristol, North Somerset, Bath and North East Somerset and South Gloucestershire) to actively support its demands through their input to WECA decision making.

Bristol buses have long been a sick joke but the time for humour is over. By its action ACORN is showing the way to secure a successful public transport policy which serves the interests of the people.