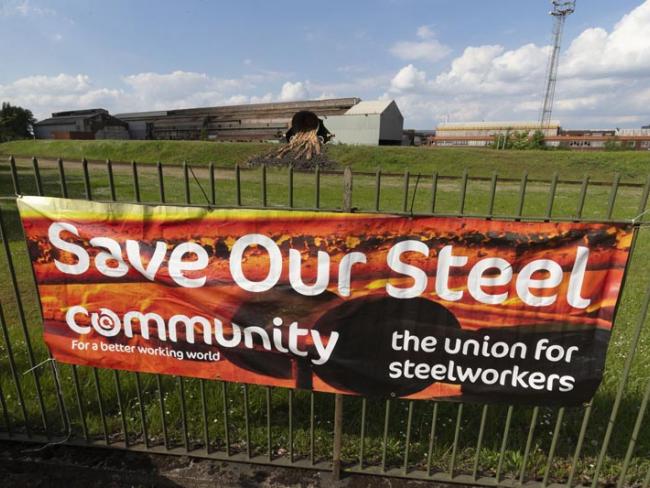 Scunthorpe, where most of the British Steel workers are employed, would suffer as Redcar has done after its steel works closed. And the loss will cause significant damage to British industry too.

After the initial dismay at the announcement, things have gone quiet, waiting for buyers to emerge. That silence is a risk. British Steel and its future should be brought to the attention of the government and its new ministers. The question is what Brexit is for and how to use the opportunities. Steel is one of the biggest.

The EU’s demands for British Steel to pay £120 million under its flawed emissions trading scheme added to the company’s difficulties. May’s negotiating team left British firms liable to pay out under this scheme until 2021. This was despite the EU’s refusal to issue companies their rightful quota of free licences, holding that threat over the British parliament until it accepted the “Withdrawal Agreement”.

In 2016 the government allowed Greybull Capital, a private equity firm with a history of failures (most notably Monarch Airlines), to take over at British Steel. Greybull promised to inject “risk capital” to save the company. Instead, it has extracted £9 million in management fees from the company and charged more than £33 million in interest since 2016.

Business journalist Ben Marlow observed in the Sunday Telegraph on 26 May, “in true private equity fashion, by positioning itself as a senior creditor it both minimises its losses and gives it a place at the front of the queue if any money is recouped during insolvency, possibly at the expense of the taxpayer.”

Marlow concluded, “The firm and its ilk are fond of reminding folk that they provide ‘risk capital’ but by going to such lengths to protect their own exposure the risk, in reality, is actually very limited. Employees, suppliers, lenders, and the taxpayer stand to lose far more. It is this sort of ruthless, one-sided approach that gives capitalism a bad name.”

‘Greybull’s exposure to risk is, in reality, very limited…’

As ever it will be down to the British Steel workers along with others in the industry and their unions Community, GMB and Unite to lead the way out of this confusion. For a start they have to counter the lie that steel is a sunset industry and it’s not worth saving in Britain.

Look around any city. You will see steel everywhere – not to mention the need for new power plants and railways.

We urgently need a proper industrial strategy for Britain, a national plan for independence which can meet the needs of our country. And it will have to be implemented properly, not stay on paper like the government’s current pretence at a strategy.