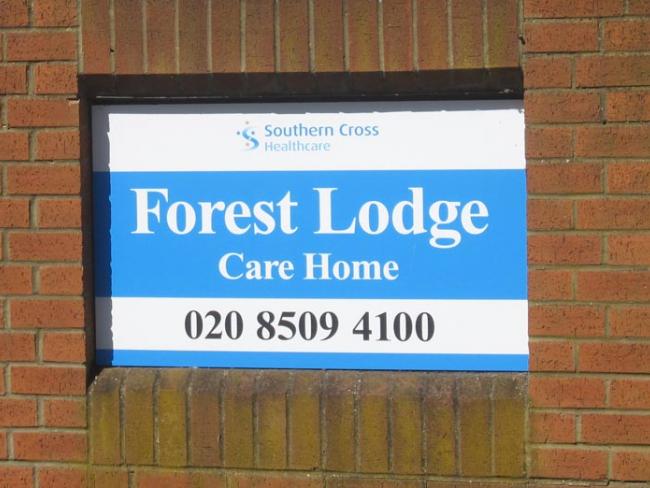 Could the Southern Cross debacle be replicated in children’s homes? Photo Workers.

Almost unbelievably, most children’s homes in Britain are run by private equity companies…

Private equity companies have swooped on the children’s care sector during the pandemic, a Times investigation has reported, seizing on the chance of a quick buck. This adds a dangerous factor to the financial stability of many children’s homes, as the private equity model involves taking on high levels of debt to buy up property and resources, gambling on high profits to be made.

There are echoes of the risk-taking which led to the financial collapse of the huge private equity-backed Southern Cross Healthcare Group in 2011, in spite of its huge profit margins.

As it was with 31,000 mainly elderly residents of Southern Cross then, now it is the lives of children and young people being put at risk through unsustainable levels of leveraged debt. The equity companies have been swallowing up smaller private providers, aiming to resell at a profit.

Private care fees have been forced up as a result, from an average of £2,800 in 2013 to £4,100 a week per child by the end of last year. Their local authority customers, legally responsible for children in care, are effectively being held hostage to pay up because of a massive shortfall in places amid rising demand.

There is a long history of problems with the quality and safety of children’s homes, but these have become significantly worse as they are increasingly seen merely as a financial investment. A number have opened and closed within months.

As Andy Elvin, chief executive of the Adolescent and Children’s Trust, said recently, “The majority of children’s homes now are owned by three or four private equity houses and they have a business model that’s based on bed nights. Because you can charge . . . upwards of £5,000 a week from the point of view of the people at the top of the tree — the private equity analysts — if you can even get three or four weeks of that fee it was worth it.”

Dubbed “get rich quick homes” by MPs on the education select committee in June, average profits for large providers are just under 18 per cent, with a rise of a sixth last year alone. One private equity-owned chain, the Witherslack Group, almost doubled its profits from £9.5 million to £18 million in 2020. Large private chains are buying property in northwest England, much cheaper than in the South, forcing councils to place children hundreds of miles from where they live.

In June Josh MacAllister, chair of the government’s current review of social care, called the market for placements for vulnerable children “broken”, and said that the levels of private fees and profits  were indefensible.

And along with the rising profits comes a dangerous diminution in quality of care, reports the Times. While Ofsted suspended regular physical inspections due to the pandemic, 176 new homes were opened between April 1 and August 31 last year, a rise of a third over the same period in 2019. Reports for nearly a quarter of those inspected (mostly remote inspections only) have yet to be published. Almost a third were found to have failings, often charging very high fees for children with complex problems supervised by inexperienced low paid young staff working long shifts.

Ofsted found examples of children and young people in care being put at serious risk by the failings. At one home, children stole knives from the kitchen and took them to school. At another, staff dropped off a young person at a drug dealer’s home in spite of police warnings about the area.

A scaffolder convicted of carrying an 8-inch knife behind the sun visor in his car, John Lawrence, is co-owner of Capital Children’s Care Ltd. This company bought a large house in Braintree, Essex, and opened it as a children’s home last June. An Ofsted judgement of “serious and widespread concerns” revealed that directors and staff lacked the qualifications, experience and skills required to keep children safe. They had no first aid training. One staff member worked 72 hours without leaving the home, another worked a run of 14 nights in a row. Young residents were able to take dangerous risks, with instances of exhausted staff unable to cope. Essex county council paid the home £320,000 over seven months to look after difficult-to-place children with complex needs.

In-person “assurance” visits, where there were concerns, began in September 2020, and regular inspections from this April. Before the pandemic four in five homes were judged as good or outstanding in full inspections. Since then almost one in three newly registered homes have identified significant concerns.

They are expensive to run. Around 60 per cent of costs are for staff, so young inexperienced and unqualified support staff are common. Several of the new homes during the pandemic had no registered manager. The work is hard and staff turnover is high. Yet these are literally the homes of children and young people whose educational outcomes are among the lowest in the country.

How politicians created a childcare crisis
Out of control?
Record numbers in care
The strange death of language centres
Rotherham: more than a local problem?