Rotherham: more than a local problem? 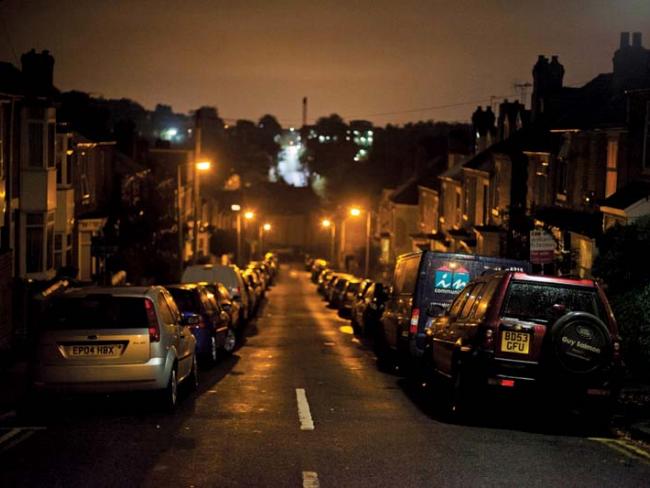 The abuse uncovered in Rotherham, dreadful as it is, is probably indicative of the situation in many other cities across the country. Photo Connor Matheson/reportdigital.co.uk.

Professor Alexis Jay’s report, Independent Inquiry into Child Sexual Exploitation in Rotherham 1997-2013, was commissioned by Rotherham Council to ascertain the extent of child sexual exploitation in the district and how well the authority was dealing with the problem. It now seems as if commissioning the report was just about the only decent act of the council in this sorry saga.

The salient feature of Professor Jay’s report, issued in August 2014, is her commitment to “tell it as it is”. That includes facing up to the issue of sexual exploitation of girls by Pakistani-background men and the reluctance of authorities either to acknowledge a pattern of organised criminal activity or act to stop it.

The shock of the findings, the extent of the abuse, the poorly organised responses by social services, police, health services and others have all been extensively discussed. Senior councillors, council officers, the Police Commissioner and others have finally fallen on their swords. The government announced in early February 2015 that it would install five Commissioners to run the council.

But at least 1,400 girls aren’t going to benefit. Nor will an unknown number of boys. And yet reports indicate that known criminals are still exploiting youngsters with impunity.

It looks bad, and it is

Rotherham looks bad; and it is bad. In reality, though, it is probably indicative of the situation in many other cities and towns across the land.

Much of the sexual violence against youngsters detailed in the report would have been perpetrated by white men as well as by Pakistani-background men. Many of them were responsible for organising the abuse and trafficking of youngsters; mainly from white backgrounds but also girls from all backgrounds.

Jay differs from others’ reporting and commentary on this criminal exploitation. She doesn’t hold back from criticising police and social work professionals who failed to identify the background of the exploiters because it would be politically uncomfortable. In doing so they helped a bad situation grow worse for the individual victims and in general.

Senior council managers, scared of charges of racism, put pressure on case workers to remove references to the ethnicity and background of the perpetrators. Police managers acted in the same way.

Operation Central led to five convictions in 2010 for sexual offences against teenage girls in Rotherham. Good practice from that case was not followed in subsequent cases. Taxi drivers, their firms and connected criminals got off. Many repeat offenders, trading in under-age children, were allowed to carry on exploiting youngsters and intimidating their families with impunity.

Senior Rotherham councillors are cited by Jay for their refusal to acknowledge what was being undertaken by people who were connected by clan and family. Yet in Rotherham, the majority of known perpetrators were of Pakistani heritage. Latterly, some child victims of sexual exploitation and some of the perpetrators were of Roma Slovak origin.

In section 11 of the report, there are references from an earlier report commissioned in 2003 by Dr Angie Heal in which it was stated: “In Rotherham, the local Asian community are reported to rarely speak about [the perpetrators]. The subject was taboo and local people were probably equally frightened of the violent tendencies of the perpetrators as the young women they were abusing.”

In a follow-up report to the council in 2006, Heal described how “the appeal of organised sexual exploitation for Asian gangs had changed. In the past, it had been for their personal gratification, whereas now [2006] it offered career and financial opportunities to young Asian men who got involved”.

She also noted that Iraqi Kurds and Kosovan men were participating in organised activities against young women in the town. The 2014 Jay report goes on to cite further evidence of this kind from victims of the gangs and their families as well as social workers.

The stereotype is of Muslim men preying on vulnerable white girls who are seen by perpetrators as deserving of such treatment. This seems to be borne out by the mass of evidence in reported cases. If so, that demonstrates what happens when pre-medieval mores and practices are encouraged in the name of multiculturalism – and when people are encouraged to be distinct from and set aside from British workers in Britain.

Even in reports that are highly critical of what has been going on, there is awkwardness in the use of language. There is acceptance that there is some validity in separation. For example, by the use of “Asian” to describe people who were probably born and brought up in South Yorkshire. There is constant use of “Pakistani-heritage” in an effort to convey to the reader an understanding of who is being described.

We are so used to describing people who are British in this way that it is hard to think of alternative usages. Nevertheless, what that conveys is an otherness and that special rules or dual standards apply to people so described.

This usage also conveys an acceptance that they do not belong in the same way. For example, when do we cite the Italian or French heritage of fourth-generation immigrant families? Rarely, if ever.

That confusion is a crucial factor in this unholy mess. The Jay Report candidly exposes the corrupt core of those who silence workers by threatening them with the tag of being “racist” if they say what is known to all who are dealing with child sexual exploitation in Rotherham.

‘It demonstrates what happens when people are encouraged to be set aside from British workers in Britain.’

One project manager reported to the inquiry that she was told not to refer to the ethnic origins of the perpetrators when carrying out training. Support workers assisting Pakistani heritage women fleeing domestic violence were confronted by councillors who demanded that they reveal the whereabouts of the women or effect reconciliation rather than help women to decide for themselves the best options.

Other staff said that they felt constrained by being thought racist if they reported attempts to change their practice because of issues around ethnicity. Professor Jay states, “The issue of race, regardless of ethnic group, should be tackled as an absolute priority for it is known to be a significant factor in the criminal activity of organised abuse in a local community.”

This notion of community runs through the report as letters through a stick of rock. Councillors claim to represent “communities”. Imams do the same with police and the council. Almost all were exclusively self-appointed men.

As workers, brought up on ideas of workplace discipline, or even bourgeois democracy, we should be more critical of this notion of “the community”. It has become a reactionary excuse for allowing backward thinking and practices into this country.

Parliamentary parties happily garner votes having persuaded or bribed this community leader or that to throw in their lot. Self appointed religious tyrants claim to determine what food should be served in schools, what children of others should be able do – paint, play instruments, dance, swim, know about their bodies.

We have councillors, such as those in Rotherham, denying that there is a deep-rooted problem. The same councillors refuse to acknowledge that young girls are systematically abused and traded from within their own groups; they sit on the problem.

There is condescension in the term “community”, too. It is used to refer to groups who cohere around a particular religious or ethnic background. French people in Britain are rarely spoken of in terms of community even though there are 300,000 living here. Similarly, Germans or Americans are rarely, if ever, grouped as a homogenous mass, all subscribing to the same thoughts and ideals. So why are these assumptions applied to people whose families originated from Pakistan or India, for example?

The Jay Report has brought out many of these matters in a forthright, honest way. Sadly Rotherham is not an isolated case; we have to face up to that. And if pending court cases live up to expectations, the extent of organised abuse of girls and maybe boys in Yorkshire will be difficult to comprehend.

The notion of multiculturalism is in truth one that encourages monoculturism and separatism. It fetes backwardness and lack of cultural development. And it excuses the abuse of children – something that will have to be challenged again and again, as in the case of female genital mutilation

As workers we also need to think deeper. Why are there 68,000 children in local authority care in England alone, and why is the number rising? How has Rotherham changed since the destruction of the steel and coal industries – long the basis of its economy and working-class identity?

Child care for profit
How politicians created a childcare crisis
Out of control?
Record numbers in care
The strange death of language centres