How politicians created a childcare crisis 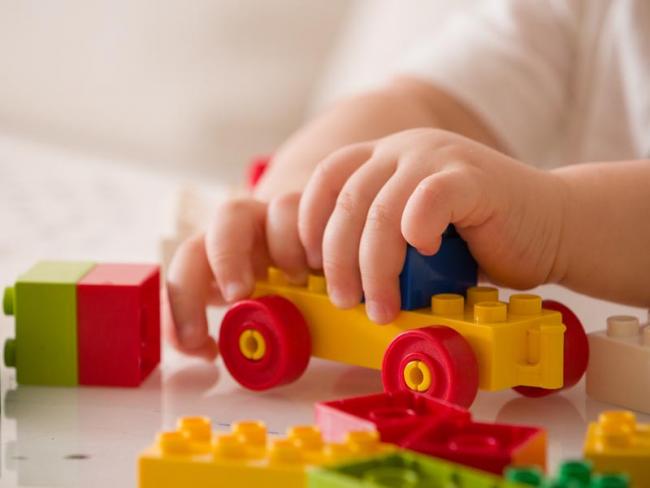 What happens when the government introduces a childcare scheme but fails to fund it properly? Nurseries are closing, childminders are quitting – and parents and grandparents are picking up the bill…

Childcare arrangements in Britain are a costly mess for working parents. Britain’s proud history of innovation and quality in early years education was never matched by making it available for most families. Now the situation is becoming even worse.
In 2015 the Conservative election manifesto committed to fund 30 hours of free childcare a week for England’s 3- and 4- year-olds. This was understandably greeted with cautious optimism by parents run ragged by trying to juggle childcare with work.

The last Labour government had already introduced a universal free entitlement of 15 hours weekly for 3- and 4-year-olds for 38 weeks a year (so no help during school holidays). This means that a child in any registered form of education or care can receive the free offer, whether with a private day nursery, state or independent school, playgroup, or childminder.

Children in state nursery schools and classes don’t pay anyway, but these had to increase part-time places to 3 hours a day to meet the requirement.
Access to the free 15 hours is limited to where there are enough places available, although the great majority of parents who want it have managed to get it. But with the roll-out of the 30 hours from September 2017, the situation has been very different.

This offer is means tested – only parents both working more than 16 hours a week and earning in total less than £100,000 a year are eligible. Astonishingly, foster children are not eligible. Most importantly, parents have to be able to find providers who are offering the free places. And that is proving increasingly difficult.

The provision of early education and childcare in Britain has suffered from the refusal of successive governments to plan nationally for it, or to fund it directly. It would be simpler and much more helpful to pay to provide free or cheap childcare, as is done in many other European countries.

Here, the government pays an hourly rate per eligible child to local authorities, who pass it on to providers, minus admin costs. Providers in turn have to prove, twice a year, how many children of the right age they have on their roll. Some areas might have lots of provision, others almost none.

This is where problems arise. The government has set the average hourly rate it will pay for a child at £4.94 – and that is generally below the actual cost of care.

Recent research by the Pre-school Learning Alliance found that 74 per cent of providers will struggle to offer places at this price. The Alliance estimates the shortfall is around 20 per cent – and the government scheme does not allow nurseries to charge top up hourly fees.

‘The number of registered childminders in England has crashed.’

There are regulations about child/staff ratios and the qualifications of staff which mean that care for babies costs a lot more than for 3s and 4s. In the past most private day nurseries have managed financially by balancing out what they charge parents for children of different ages. The 15 free hours offer stretched private nurseries’ ability to balance the books. The 30 hours offer makes this far more difficult.

As a result many providers are offering only a limited number of funded places, making up the shortfall by charging fully for other non-funded places, raising the rates for hours above the 30 free ones (a full-time place is around 50 hours a week), or charging for “extras” such as food and nappies which had been provided free.

The scheme began operation on 1 September 2017. More than three months later around 40 per cent of parents in London, East and South East England have still not been able to get hold of a 30 hours funded place for their child.

As if this were not bad enough, childcare provision nationally is shrinking. Since 2012 the number of registered childminders in England has plummeted by 22 per cent.
In the past two years alone Ofsted (which has a special section accrediting childcare providers) has shown a loss of 1,146 providers – childminders and day nurseries – from the Early Years Register. Four-fifths of those which have dropped out of the register had been rated Good or Outstanding by inspectors.

One reason is soaring property prices. Day nurseries are often housed in large Victorian buildings. In areas of high housing costs they can suddenly find themselves forced to close when rents skyrocket. Ironically, when their buildings are converted into much more lucrative flats, the new parents who move in discover that childcare is even more difficult to find.

Childcare is particularly expensive in England. In London the normal daily rate is a minimum £55+ for a 2-year-old, more for a baby, and rates are not much cheaper elsewhere. The TUC estimates that childcare costs have risen over four times faster than wages over the past decade. Most women have no choice but to return to work after having a baby, to pay for rent or a mortgage, yet they can find it is not financially worthwhile. And anyway there might be few or no childcare places available in their area, or long waiting lists.

At one time many urban local authorities offered council-run day nurseries offering some free places, and ran nursery schools with all or some full-time places. There are now very few council day nurseries as cash-strapped councils are reduced to operating few services above what is statutory.

State nursery schools are considered to be the “jewel in the crown” of early years care and education, with the great majority inspected found to be “outstanding”, yet these too have been closing or threatened in recent years as being too expensive to run. Yet research makes clear their importance for children’s later educational achievement.

The sheer cost of childcare if it’s available at all has led to a massive growth in grandparent care. Just look at who is pushing buggies along the pavement in your area, or visit drop-in sessions for babies and toddlers, and you will notice many grey hairs on the carers.

The Daily Telegraph recently quoted an estimate by think tank The International Longevity Centre that around nine million grandparents are currently saving families in Britain an average of about £1,600 each a year in childcare costs. This figure assumes they look after one child each – yet many care for siblings too, saving even more.

Almost half of carer grandparents provide over 16 hours weekly, even though 39 per cent are still working. In fact, after parents themselves, grandparents are the biggest providers of childcare in Britain. Those who try to divide the working class by setting the older generation against the young never mention this (nor that one in four mortgages is part-financed by the owner’s parents).

Although many grandparents enjoy their grandchildren’s company, taking regular responsibility for caring for them can take a toll on health as well as time. Looking after healthy babies and toddlers requires quite enough energy, as young parents are well aware, but grandparents often provide back up when a child is too sick to attend their usual childcare. Looking after children with special needs is even more onerous.

At one time many women had the option of giving up work when they had young families. Now it is rarely a matter of choice. Of course it is good that many mothers want to pursue a career, but for women who have to cobble together part-time or casual jobs to make ends meet it can be exhausting juggling work and childcare, with the permanent fear of arrangements breaking down when children or carers are ill.

The patchwork of childcare provision, with its gaps and high costs, puts a strain on families. Why shouldn’t employers be required to subsidise or pay a national childcare levy? Workers in their trade unions could take up this demand as part of the struggle to improve pay and conditions, and for equality in the workplace. We need properly planned, reliable, good quality and free or reasonably priced childcare provision. This would greatly improve working lives.

• Related article: Out of control?

Child care for profit
Out of control?
Record numbers in care
The strange death of language centres
Rotherham: more than a local problem?