The day the timetable fell apart 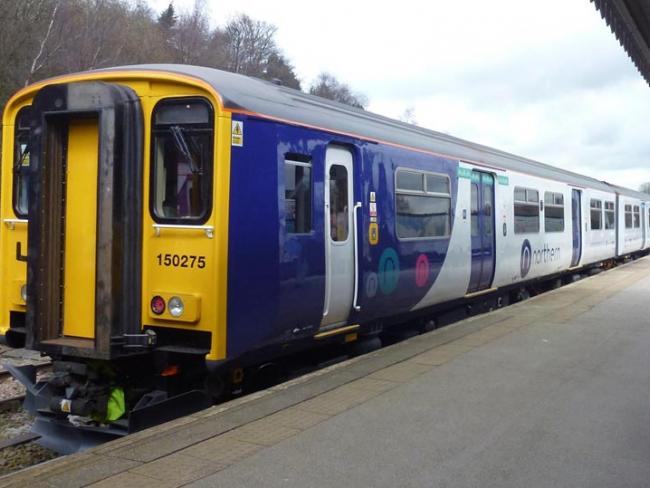 All shiny, the first Class 150 unit to bear the new Northern livery. Meanwhile, the franchise cancelled 500 trains a day when the new timetable came in. Photo Rcsprinter123 (CC-BY-SA 3.0).

After what has been described as a “meltdown” of the timetable, Britain’s rail industry is now mired in the worst crisis since a succession of serious accidents resulted in private infrastructure owner Railtrack being effectively nationalised in 2002. And the crisis will be with us for a long time to come.

Key infrastructure and rolling stock enhancements in the London area and the north west region allowing the opening up of many new routes and services resulted in a complete recast of much of the timetable that started on 20 May. That new timetable literally fell apart on the first day, and during the following week Thameslink operator Govia Thameslink Railway (GTR) cancelled an average of 500 trains a day, 13 per cent of its services. Arriva Northern, which runs local services across northern England, failed to run around 11 per cent of its trains – 300 services a day.

Any timetable change that changes established travel patterns is never initially well received as commuters figure out how they will get to work. But irritation quickly turned to anger when it became pot luck. Trains ran as and when they could, going to unfamiliar stations in London and Manchester, with many trains missing stops out. Thousands of people were (and still are) getting to their workplaces late every day.

Rail staff, too often kept in the dark by their employers, have borne the brunt of this chaos as frustrated passengers vent their anger, and assaults have rocketed.

The chaos continues, with no sign of an end. Inevitably, politicians of every hue have wanted to get their faces in the paper or on TV clamouring for action by someone – anyone! They blame the government, the private train companies, Network Rail, or the unions, depending on their political position. And these all blame each other.

What is clear is that a number of factors combined to produce the timetable debacle. And the root cause is the complexity of the fragmented privatised rail industry coupled with an inept government that fails to understand how the industry works.

In London, the Thameslink route is at the centre of the problems. A project initially called Thameslink 2000 has finally been delivered – 18 years late! So they had plenty of time to plan for its implementation.

New direct services using new trains have begun between Peterborough, Cambridge and Bedford to the north of London and Brighton, Horsham, Littlehampton and Maidstone to the south. Advanced automated signalling systems have been commissioned by Network Rail, which resulted in the ability to timetable 18 trains an hour through the central section between St Pancras and Blackfriars, to be increased to 24 trains an hour in December. Trains have been diverted through this section from London termini such as King’s Cross and Victoria. With these huge changes, timetables for much of the south east have been totally revised, with knock-on effects for longer-distance trains.

The government began this sorry saga in 2013 by ignoring expert advice from Network Rail that the timetable obligations it was expecting from the then new franchise holder GTR were unworkable. It then demanded from Network Rail a significant cut in timetable planning resources while at the same time requiring huge increases in new train services. To cap it all, it then delayed crucial decisions about the phasing in of the new services which left Network Rail’s overstretched timetable planners with an impossible task.

Inevitably, Network Rail was only able to produce the timetable with weeks to go before the launch. Poor management and planning by GTR then resulted in far fewer drivers being trained for the new routes. On day 1, only 9 of the 90 Peterborough drivers needed to run the service were trained.

The north west region has seen the opening of a new line allowing trains to run between Manchester’s Victoria and Piccadilly stations. That line opened on time, but electrification schemes between Manchester and Preston, and between Preston and Blackpool, have over-run.

The new electric trains that were to have run on these lines could not do so, so the existing diesel trains have continued to run, causing a shortage of trains elsewhere. This was exacerbated by the long-running dispute between Arriva Northern and the RMT over the government’s pig-headed decision to reduce costs by undermining safety and encouraging Arriva Northern to remove guards in the teeth of opposition from the union and passengers alike. A delay in reaching an agreement with drivers’ union Aslef over working rest days added to the mix, delaying driver training for new routes.

The electrification delays were partly down to the collapse of Carillion, the main contractor for the work – yet another example of a government failure of contracting out public services to a company that was well known to be a financial basket case. And poor ground conditions slowed the erecting of electrification equipment, with uncharted old mine workings a major problem.

The road to disaster was well and truly set. Senior managers began to see the reality of the looming timetable fiasco. But they still pressed on without contingency plans and without telling the people they call “customers” that their working lives were going to be turned upside down from 20 May.

As the façade crumbled and scratch services were put in place, GTR and Arriva Northern failed to update information systems – including their websites. Staff were left in the invidious position of not knowing what was going on.

Trains were shown that did not exist. Late trains were told to miss out stops to catch up on their schedule, but no one was telling those waiting at intermediate stations. In some cases passengers were surprised to find the train they were on hurtling through the station they wanted to get off at. On the first day, there were four-hour gaps in some services.

‘Travellers to Windermere in the Lake District were left with no trains at all for the foreseeable future.’

Secretary of State for Transport Chris Grayling leapt to blame Network Rail for the timetable meltdown, no doubt driven by his hatred for the public sector and his pressing need to find someone to blame. A Labour Party move to capitalise on the discomfort of “Failing Grayling” by moving a vote of no confidence in the Commons was defeated by Tory MPs from the suburbs keen to be seen to reflect the anger of their commuter constituents but too timid to follow through.

As TSSA General Secretary Manuel Cortes observed: “A responsible general takes responsibility for what happens on his watch. Grayling is not of that mould. He has blamed unions, then industry bosses, anybody but himself. But on his watch our rail network has simply fallen apart.”

RMT General Secretary Mick Cash said: “It is clear as day that both Govia and Arriva are in breach of their franchise terms by any reasonable measure […] Both these cowboy outfits should be stripped of their franchises with the public sector given a chance to run the services based on the principles of safety, reliability and accessibility and not private greed.”

Faced with explaining his part in the timetable fiasco to the Transport Select Committee, the Chief Executive of GTR resigned. It is only a matter of time until Grayling is forced out too.

There is no sign of an end to the “emergency” timetable that has been introduced, which left travellers to Windermere in the Lake District with no trains at all for the foreseeable future. Services have now been started by a heritage train operator using old British Rail trains.

The timetable crisis is not the only problem besetting the railways. The industry regulator, the Office of Rail and Road, announced on 14 June that for the first time since 2010 franchised rail passenger journeys in Great Britain fell to 1,705 million in 2017-18, driven by a 9.2 per cent fall in season ticket journeys.

Over the past two decades passenger numbers have grown substantially, and recent rail franchises awarded to companies like Arriva Northern and South West Railways have been based financially on that growth continuing. But rises in ticket prices coupled with increasingly unreliable services have throttled demand, and these private companies now face an uncertain future.

The government has had to take the East Coast line back into state control again, reviving the old LNER name last used in 1947, after the Stagecoach/Virgin East Coast company effectively went bust. Grayling was compelled to renationalise despite his deep ideological opposition to doing so. With over-optimistic financial forecasts by other recent franchisees, more may follow soon.

Instability in rail was underlined by the announcement in June by Alstom, the company that services and maintains the Virgin West Coast trains, that 200 staff are facing redundancy. Some depots are closing, and the remaining staff are being expected to work longer hours on worse contracts of employment.