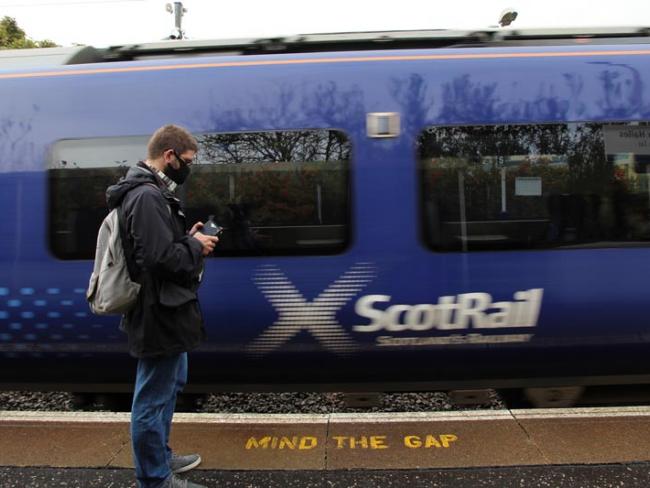 The biggest gap in Scotland is between the SNP’s pronouncements of success against Covid-19 and the reality of failure. Photo Serge Cornu/shutterstock.com.

The separate policies on the Covid-19 pandemic being pursued by the administrations in Scotland and Wales have not resulted in any better results. Far from it: a report published by the Institute of Government at the end of October, Co-ordination and Divergence: devolution and coronavirus, points out the dangers of devolution exposed by the Covid-19 pandemic.

After several months, more vigorous lockdowns are now deemed to be necessary in Wales. In Scotland there were 5,634 deaths related to the pandemic as of 29 November, comparing unfavourably to Denmark, Finland, Norway and Slovakia, with similar population sizes, which had around a few hundred. Norway, with the same population count as Scotland, had around 300 by mid November.

Devolution has granted the Scottish National Party full control over healthcare. With a compliant print media, a devolved BBC news outlet that features Nicola Sturgeon nightly, and a tame STV which benefits from lucrative Scottish government advertising revenue, a mythology developed through 2020 that Sturgeon and her administration were handling the pandemic particularly well. We now see that this perception is not sustainable.

A growing tendency over the months of the pandemic has been the instigation of petty differences between Scotland’s approach and that of the British government in the application of lockdowns and regulations.

Sometimes it was a pre-empting of the UK announcements, sometimes a harsher version, sometimes appearing to be more lenient. Where Boris Johnson had three tiers, Sturgeon had to have five. If powers to run healthcare are apportioned, then blame can be apportioned too.

One mistake that can clearly be attributed is that, early in the pandemic, the Scottish administration decided to discharge elderly hospital patients with serious ailments back to their care homes. During March and April 2020, 3599 were discharged. Many had become infected with Covid-19.

Doctors and other health professionals were not making frequent visits to care homes. “Do not resuscitate” orders began to be used. And carers were not being tested early in the pandemic. In April, for example, over 100 healthcare professionals expressed grave concern about the inadequacy of the personal protective equipment (PPE) issued to them.

A report from the Unite trade union demanded an end to hospitals having to re-use PPE. On 10 May 2020, the European Centre for Disease Prevention and Control showed that there had been 1,438 deaths involving Covid-19 in Scottish care homes. This figure represented 45 per cent of all deaths, whereas the comparative numbers for England and Wales were 21 per cent and 25 per cent respectively.

Figures in November 2020 showed that, in Scotland, 2,101 people died in care homes and 2,419 in hospitals in cases involving Covid-19. The Care Inspectorate registered 30 red warnings that care homes did not have sufficient staff to cope with residents during the lockdowns. 149 amber warnings were also received about staff numbers approaching a dangerously low level.

Culpability goes back many years, not just to the start of the pandemic. Deficiencies flagged up in the social care sector in 2015 (in the Scottish pandemic alertness exercise “Silver Swan”) were largely ignored. And in January 2020, before Covid-19 cases were noted, senior health professionals expressed concerns about the lack of PPE stocks in Scotland.

Despite invitations, Sturgeon did not take part in several British government Cobra meetings to organise policy towards the pandemic. She attended in March – but it did not take long for policies to begin diverging.

The leading Scottish microbiologist Professor Hugh Pennington, emeritus professor of bacteriology at Aberdeen University, has been warning about the poor SNP record on health policy since the 2014 referendum. He remarked, “We had the test but we did not use all the facilities that were available.” Despite pinpointing the greater risks threatening care homes, he was ignored by SNP ministers.

Then in July we saw more “holier-than-thou” attitudes. Sturgeon tried to justify not ruling out quarantining visitors from England, by alleging that Covid-19 prevalence in Scotland was five times lower than in England. This claim was quickly debunked by the UK chief statistician, who accused her of using unpublished and incomplete data.

Scottish Justice Secretary Humza Yousaf claimed in the summer that about 20 per cent of travellers arriving in Scotland had been contacted to check for development of Covid-19 symptoms. He later had to correct his error when it became apparent that not one check had taken place. Then, for the week ending 26 July, the Scottish administration claimed there had been zero deaths from Covid-19. Yet the National Records of Scotland (NRS) reported eight.

Even after the different methodologies were explained, it was the fantasy “zero” sum that grabbed the headlines around Britain. Public Health England (PHE) counts all who have ever been diagnosed with Covid-19, even if they recovered quickly but later died of a different cause.

Sturgeon’s estimates exclude anyone who dies more than 28 days after a positive Covid-19 test. Yet during the grilling she got in the Andrew Marr BBC interview on 29 November, statistics (from ONS/NRS) were given showing Covid-19 deaths per million in Scotland consistently exceeding those in England during November.

‘Culpability goes back many years, not just to the start of the pandemic…’

Nor is the Scottish administration’s record on general health a good one. Taking Scotland on its own, when deaths from all causes are included in 2020 up to the end of May, it comes out as second worst in Europe for deaths among the under 65s. Hardly any progress was made in urban areas of multiple deprivation – such as in east Glasgow – in terms of very low life expectancy.

The remarks in parliament outlining how £8.2 billion has been provided by the UK Treasury to aid Scotland (Jacob Rees-Mogg, 10 December 2020) bring home the strength of a united Britain. The fairytale finances of a break-away Scotland – or a break-away Scottish health service – are now exposed. As the anti-separatist blogger Effie Deans remarked in December:

“It is unseemly for Kate Forbes [Cabinet Secretary for Finance] and Fiona Hyslop [Cabinet Secretary for Economy] to send begging tweets asking the Chancellor to confirm that he will continue to fund Scots staying at home for as long as we feel unsafe to venture out, while at the same time campaigning for independence. Scotland may have an independent health policy, but it still overwhelmingly depends on advice and expertise from London and it is sustainable only because London pays the bill.”

Again, the problems go back a long way. Referring to a report from the financial watchdog Audit Scotland whose October 2019 analysis showed the devolved NHS in Scotland struggling to be financially sustainable, Monica Lennon, Scottish Labour’s health spokeswoman remarked:

“Health and social care services are on the brink of financial disaster and Nicola Sturgeon is cementing her legacy as the First Minister who failed the NHS. Instead of transforming health and social care to meet the complex needs of our ageing population, services face a £1.8 billion black hole and that’s down to SNP mismanagement for the past 12 years.”

Of course, before becoming SNP leader Sturgeon served as Scotland’s Health Secretary from 2007 to 2012 under the leadership of Alex Salmond. The BMA Scotland chairman Dr Lewis Morrison added that these findings “overall paint a stark picture of the parlous state of our NHS”.

The shadow looming over all of these shortcomings is that the SNP administration has a bleak vision of breaking up the NHS. For the separatists, the “national” in the title refers to Scotland not Britain. They ignore the economies of scale and the interconnectedness of such a nationwide service.

For the founders and custodians of the NHS the vision was of an institution that would be available, free at the point of contact, for every Briton. We are now the custodians and we must keep it that way – prevent the weakening, the devolving, the danger of break-up. An independent health service for an independent Britain.