Fight against redundancies on Settle to Carlisle Railway 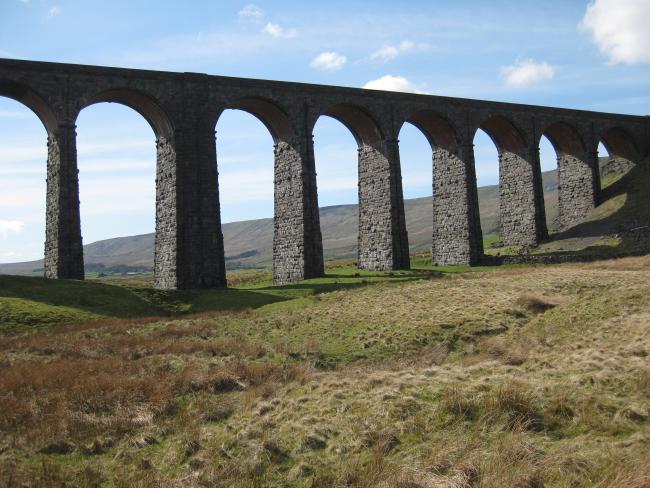 The famous Ribblehead Viaduct, repaired in the 1980s to keep the Settle to Carlisle route open. Photo Workers.

Workers employed by the Settle and Carlisle Railway Development Company are to take further strike action today (14 January) in a fight over jobs, following a rock-solid strike in December. The RMT members provide at-seat catering on this line.

RMT has a proud history of being involved in the campaign to save this iconic line and of supporting its development and initiatives to see it grow. RMT has been extremely supportive of the trolley catering service because the union knows it enhances the passenger experience of the journey. RMT says that there is no economic justification for the compulsory redundancy situation as the development company is doing well financially and has a key objective as a "not for profit organisation".

RMT General Secretary Mick Cash has said: “The last thing we expected on the historic Settle/Carlisle rail line was a compulsory redundancy situation – it seems the companies actions are at odds with their stated objectives leading them into a regrettable and wholly avoidable dispute with Britain's biggest rail union. This is a kick in the teeth for loyal and hard-working staff that have fought to save and develop this well-loved service.

“Astonishingly the company has cited potential rail franchise changes in 2016 as a reason for the compulsory redundancy now, when the specifications for the rail franchises are still nor known and the franchises themselves will not actually be let for some considerable time.

“Despite numerous requests to look at alternatives to compulsory redundancy the company has pressed ahead. In these circumstances RMT had no option but to ballot our members for a strike. The union remains available for further talks.”