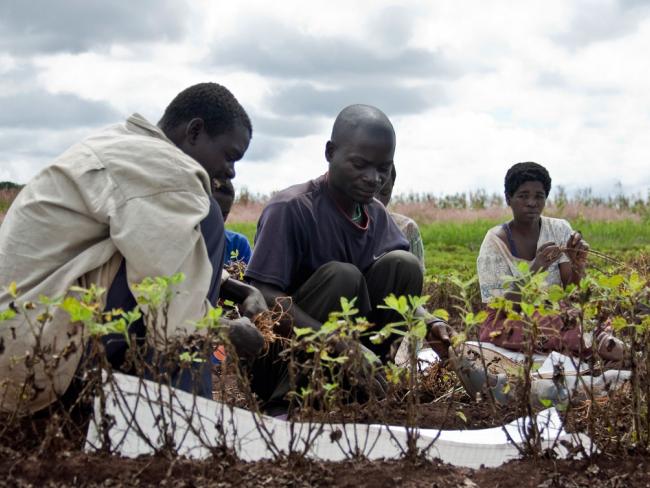 African trade unionists are calling on their countries to reject the European Commission’s latest attempt to impose a free trade deals on the continent. Kwasi Adu-Amankwah general secretary of the African regional organisation of the International Confederation of Trade Unions, said that the EU’s  proposed Economic Partnership Agreements (EPA) would allow European big business to continue to exploit the continent.

Adu-Amankwah’s call highlights the inherent problem with free trade deals generally – namely, that they prevent countries from developing their own resources.

In a statement issued in Lomé, Senegal, last week, the African union leader said that the colonial economic structure set-up to export raw materials and import manufactures remained – and he called on Africa to reject “the latest scramble” by European powers.

Trade Unionists Against the EU spokesman Brian Denny said that the continuing imperialist behaviour and attitude towards the third world exposed the moral bankruptcy of the EU.

Denny said, “The Common Agricultural Policy, which eats up half the EU budget, has destroyed Africa’s ability to feed itself by dumping heavily-subsidised food onto some of the most fragile economies in the world.

Kwasi Adu-Amankwah exposed the reality behind these deals, saying. “These EPAs are designed to open up the markets of African, Caribbean and Pacific countries for EU exports, exposing third world producers to overwhelming competition from the world’s most powerful and rapacious transnationals.

“Structural Adjustment foisted on Africa with the active involvement of the European Union has killed off the little industrial capabilities countries mastered immediately after independence.”

Adu-Amankwah warned that the terms of the agreements would only make it harder for Africa to achieve the 2030 Sustainable Development Goals. He pointed out, “As the tariffs came down on African raw materials, they went up for manufactures. It is highly disingenuous to conceive of a free trade between the poorest continent on earth and the world’s most powerful trading bloc as the solution.”