Football – it’s a game of money 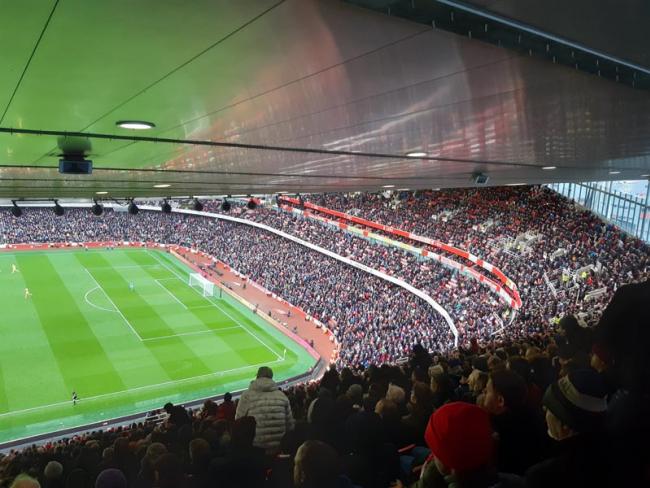 The government has released its “fan-led” review of football, but it fails to deal with what is clearly the most pressing issue facing the sport: ownership and control by foreign billionaires…

The ownership of football clubs in Britain, especially in the English Premiership, is attracting attention once more. This follows the purchase of Newcastle United, one of the country’s best supported football clubs, by what is effectively the government of Saudi Arabia. Football fans will need to be more active about this trend: vigorous campaigns in the past have not resulted in lasting change.

In 1973 Pink Floyd wrote a song called Money , which satirised capitalism, and capitalists. It included the line, “think I’ll buy me a football team” – about an American capitalist buying an American football team. Nearly 50 years on and there are eight US-based owners of English premier league teams, compared to four British. How has this happened, and why?

During lockdown the European Super League (ESL) scandal  erupted. Last April, twelve of Europe’s wealthiest clubs, including six from England, attempted to break away from their domestic football federations. They wanted a kind of footballing EU, just as that organisation was reeling from Britain finally implementing our 2016 vote to leave.

The widespread outcry against the ESL was welcome, and rapidly put paid to the plan. This showed the power “ordinary” workers, this time in the guise of football fans, really have – although that lesson has often to be relearned.

Yet there is no essential difference between the concept of the ESL and the inauguration of the Premier League in England 30 years ago. The top clubs in the Football League decided to break away, re-brand themselves and solicit external financing. This is now so successful that it is a major brand in its own right, and is copied throughout Europe.

Huge amounts of cash flowed into the Premiership clubs from coverage by Sky TV (itself overseas owned) and the related advertising. This turned ownership of a top football club from a loss-making hobby into a massively profitable enterprise.

In 2003 the floodgates opened. The Russian/Israeli capitalist Roman Abramovich was able to buy Chelsea FC after becoming fabulously wealthy from the Soviet people’s painfully-accumulated assets. Chelsea duly won 18 trophies in as many years; far more than in their previous 98 year history.

Later that year the US Glazer family began their debt-funded takeover of Manchester United, completed two years later. These moves and other sales snuffed out locally owned clubs. One of the last was Arsenal, founded in the toolroom of the massive Woolwich Arsenal munitions factory in 1886. Its ownership was in play for over a decade until 2018 when US billionaire Stan Kronke took full control.

The recent Saudi purchase of Newcastle United brought the ownership issue back into focus. But we should not overlook that local ownership of Newcastle ended in 2007 with the sale to a British capitalist, Mike Ashley, and that most of the foreign capital in the game is American.

Fans were right to object to the “human rights record” (whatever that is) of the British ruling class ally Saudi Arabia. But are we to support our clubs being owned instead by anti-union US businessmen, or for that matter equally anti-working class British capitalists? What can we demand of owners and the football authorities?

An end to foreign cash!

The first demand of football fans should be no more foreign money in the ownership of the British game. This dominant pattern of ownership in the top division is spreading and should stop.

That alone is not enough. Provision for at least partial fan ownership is enshrined in a number of European countries, notably Germany and Spain. Very few British clubs are owned by their fans, even in part, and none in the top divisions in England or Scotland.

A second demand is that a minimum of half the shares in all clubs should be owned by registered, ticket-buying fans organised in independent bodies. That’s already one of the aims  of the Football Supporters Association (FSA).

Football fans had hoped that the Financial Fair Play  protocol would help. Brought in over ten years ago by UEFA, the sport’s European governing body, it was designed to curb both leveraged buyouts and owners so wealthy they could run at a large nominal loss. Both types of financing undermined other clubs’ ability to compete.

This seemingly good idea was toothless from the start. And it does not appear to have discouraged  the mischiefs it was aimed at. UEFA are now changing the rules, but informed commentators  don’t believe that will make any improvement; fans should be sceptical too.

Our third demand is that the governing body of the sport at federation (multi-national) level, should not allow clubs to live beyond their means. They should be self-sufficient. If this is carried out across federations no one club will gain advantage.

Where are the fans in all this? Newcastle’s first game after being bought by the Saudi Public Investment Fund, the sovereign wealth fund of the Saudi state, was at Crystal Palace. Fans “unveiled” a banner listing the characteristics of their new owners – terrorism, beheadings, civil rights abuses, murder, censorship and persecution – in a mock Premier League Owners’ Test.

Then there’s the government’s recent “ Fan-Led Review ” of how the game is run. The review is misnamed. It was initiated by government and conducted by an expert panel led by an MP, Tracey Crouch. But there was some engagement with fans and fans’ organisations, some of which gave a guarded welcome  to the outcome.

The review’s report briefly touched on ownership issues, but only in the context of the largely discredited ownership tests. It does not deal with foreign or fan-based ownership.

The recommendation to create a new regulator, the unamusingly named “Independent Regulator for English Football” (IREF), is out of the Thatcherite playbook: sell off cheaply (that is, steal) what workers have created and when eventually protests get too loud to ignore, establish a “regulator” to make the appropriation acceptable to the expropriated.

The present owners aren’t going to take much notice. Despite the review and the ESL debacle, the “Big Six” clubs in England are refusing to sign up to a new Premiership owners’ charter. They are reported  to be pressing on with plans to gain automatic entry to the top European club competition, the UEFA Champions League.

The charter they rejected simply says entry to competitions should be on “current sporting merit”. That idea, rather than a US-style franchise system, is at the heart of football across the world and is cherished. That was one of the reasons behind the reaction to the ESL last April.

FSA leader Kevin Miles said  this development was evidence that football cannot be relied upon to regulate itself, and “…these clubs have regard for sporting integrity and sporting merit only when it suits their own interests”.

Professional football is a multinational industry, with its own long established trade union for players. But more than that it has been created by, funded by, and is loved by millions of working people, a part of our culture.

Like every other aspect of our lives and our economy, our industry, education, our health services and our culture, it has been kidnapped by capital. It is forced to turn a profit rather than simply be the vehicle for skill, endeavour and enjoyment that its founders meant it to be, and its current supporters want it to be.

In the end, it’s about ownership – theirs or ours. Because as the capitalist portrayed in the song Money  goes on to say, “Money, it’s a crime, share it fairly but don’t take a slice of my pie.”

The great lithium hunt
Minerals and the future: the new dig for Britain
One strategy to bind us all
ELM explained…
What is farmland for?