Grenfell: no control, no accountability 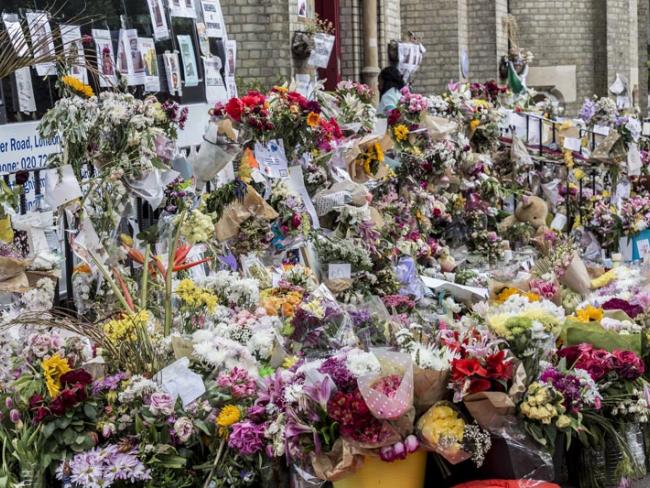 Tenants at Grenfell Tower could not have done more to attract attention to the risk of fire. But they were up against more than penny-pinching profiteers – a whole system had been designed to take control away from them…

As we await the outcome of the Moore-Bick Inquiry into the Grenfell fire, one thing should never be forgotten: that it was the tenants themselves who fought hard to prevent it, the Grenfell tenants and the Grenfell Tower Leaseholders Association (GTLA).

One of their last posts was entitled “Playing with Fire!”. In it the tenants warned: “It is a truly terrifying thought, but...only a catastrophic event will expose the ineptitude and incompetence of our landlord [the Kensington & Chelsea Tenant Management Organisation], and bring an end to the dangerous living conditions and neglect of Health & Safety legislation that they inflict upon their tenants and leaseholders.”

The GTLA could not have done more to attract attention. For years it published reports, sent emails, and blogged, while power surges caused smoke to come out of their light fittings, computers, washing machines and TVs, until the whole electrical system went into meltdown. For doing this, two of them were sent threatening letters accusing them of harassment. Both died in the fire.

Now hundreds of thousands of documents are to be examined including residents' correspondence warning of fire sent to the Council. Tenants suffering from trauma and loss fear a whitewash. They also fear signing away any right to an equivalent home down the line by accepting unsatisfactory rehousing now. So they remain in B&Bs.

The tenants rightly distrust both local and central government authorities. The whole political system that produced a fire just waiting to happen is still there – and is now expected to rehouse them.

Of course the inquiry will focus on the lack of statutory regulations regarding fire-retardant cladding. The Fire Protection Association wants this changed. British safety regulations in general are inconsistent. But who is qualified to set specifications? Who are the “experts”? That should be clear, but it isn’t, so the inquiry will look at qualification to set specifications.

There was once a national body concerned with building control and materials, called the Building Research Establishment (BRE). In 1996 – when the EU was making aggressive inroads into national institutions with the full backing of Labour and the unions – the BRE was put up for sale. It could have formed part of a proposed National Centre for Construction, but both Tory and Labour governments rejected the idea of a national body.

So the organisation that concerned itself with community safety in the event of fires ceased to be a national asset. Now called the BRE Trust, on the face of it a charity, in reality it seems to be a dubious global group of businesses, gift-aiding its business profits to itself. It is that same privatised BRE doing the Grenfell tests.

Nor is there a foolproof system of accountability by either local or central government. In the absence of a national mass housing policy Kensington & Chelsea, along with many other local authorities, washed its hands of responsibility and created an “arms-length management” structure (known as an ALMO) for housing that played a big part in taking disastrous decisions aimed at saving money without regard to safety. This system is still in place and must be changed before similar disasters become widespread.

The Kensington & Chelsea Tenants Management Organisation, now belatedly sacked, is such an arms-length management structure. In 1996 responsibility for Grenfell – and the Housing Revenue Account of £21 million – was transferred to it. There were politicians on its board, including Labour’s Emma Dent Coad, now so vocal in blaming the Conservative council. And there were eight tenant members, who must bear some responsibility.

This organisation was set up for profit, under laws that ensured the profits were non-taxable and that the whole outfit was exempt from Freedom of Information requests. It is a private company with appointed tenants paid to sit on its board.

‘Even now many new blocks are going through the planning process with only one stairwell.’

It was this board that dropped the original Grenfell Tower contractor to save money on its refurbishment. Meeting on 26 May 2016 the board discussed “Value for Money Procurement” and decided to put in place a manager to “promote and embed a Value for Money culture”, as required under a new EU Directive on Procurement Rules for Housing Associations and public bodies.

Here the GTLA were completely up against the Tenants’ Management Organisation, that in no way represented them. The name is deliberate obfuscation. Landlords and parliamentary parties don't like independent tenants’ organisations, which they can’t control. They prefer to work with hand-picked, paid tenants.

We should not underestimate the role genuine residents’ associations can play in planning for better housing, not just on council estates, and not just in London, but on the streets and terraces up and down the country. Nor should they underestimate themselves, but play a part in upgrading Britain’s building regulations, which are clearly inadequate.

Tenants’ and residents’ associations must draw up their own independent constitutions based on their understanding of the class-based conflict of interest between landlords and tenants, and on traditional British democracy. Where this awareness is weak, landlords control meetings.

But the emergence of tenants groups on the Grenfell estate shows that despite the multicultural nature of their estate, tenants’ instincts are to fight for their class interests against their landlords, however confusingly named. Unfortunately in this case the fight was too late. That lesson will have to be learned.

Grenfell was not a ghetto. It housed a cross section of the working class. It was built to Parker Morris standards on space – standards which Thatcher did away with. In the words of a Grenfell survivor (a chauffeur by trade, whose daughter overcame trauma to take her chemistry exam the same morning and passed with flying colours): “We loved our home in that flat. I invested in it.”

There were compromises from the start. Some of the original concepts of architect Peter Deakin which were integral to a sense of community and safety, such as a first-floor walkway connecting to other blocks, were abandoned. Grenfell remained unintentionally disconnected from its surrounding buildings.

The focus had shifted from social need to clamping down on antisocial behaviour. Grenfell Tower, with its single stairwell, had at that time two means of entrance and escape, but these were reduced to one, through one constricted lobby, as we saw in the fire.

Even now many new blocks, including luxury blocks, are going through the planning process with only one stairwell, and fire exits reduced to make way for shops and other commercial space.

But it was not building design alone that killed Grenfell residents. It was years of indifference from those in authority, poor maintenance, complacency, and the loss of control that comes from subcontracting and outsourcing to consortia on the other side of the globe.

The trade paper Construction News says 60 firms were involved in the Grenfell refurb. There had been a gas leak, and National Grid’s subsidiary distribution arm had installed new gas risers and pipes which were left exposed. Then in March this year the subsidiary was sold to investors including the Qatari Investment Authority, renamed Cadent Gas. Rupture of the gas mains added to the number of deaths.

Cost was also the reason given for not installing sprinklers. After the deadly Lakanal House fire in Southwark in 2009, the coroner’s recommendation for retrofitting sprinklers was ignored. His report warned about maintenance work and renovations reducing existing fire protection.

‘A wholly preventable act of manslaughter.’

Where there has been deregulation, regulate. Control construction and maintenance. It took the fire of 1666 to draw up the London Building Acts, with effective legal enforcement by surveyors and inspectors who took their professional responsibilities and expertise seriously, regardless of any defects of national or local government. A bit like the civil service. Grenfell proves the system of regulation and enforcement today is unfit for purpose.

The Grenfell Tower was fatally compromised. The refurbishment was signed off without scrutiny, both inside and out. Residents pointed this out in 2013, and a blog in 2014 by a technical designer and campaigner pointed out the gap between concrete and windows (pulled forward) which created a funnel, hence the speed and ferocity of the fire.

Grenfell must be a wake-up call to the whole country, that radical change is needed. Described as a “tragedy” as though it were a simple accident, it was instead a wholly preventable act of manslaughter, part of a lethal chain of greed and deliberate neglect – they call it “managed decline” – replicated across Britain.

What happens in London could equally happen in Glasgow, Newcastle, Liverpool, Birmingham, Cardiff and elsewhere. Nine similar blocks have been identified in Salford, others in Portsmouth and Plymouth, also private ones in Scotland.
A fire like this could change everything. It could halt the headlong rush to put profit over people’s lives. But only if we make it happen.